When we’re not working on the boat.

Even so, we don’t spend all our time working and watching.  We also work out at MAC, the gym in Harbor East.  And on the way to the gym, we see some lovely things. 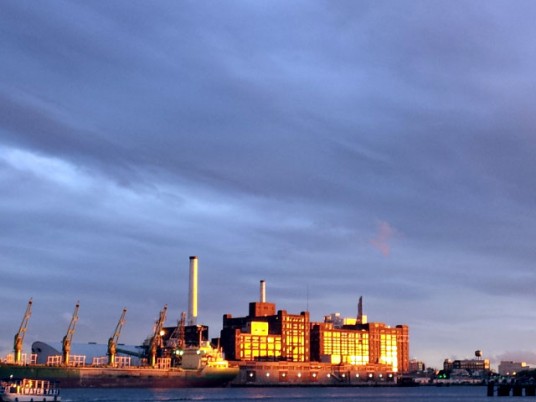 Most of the photos I’ll be sharing here aren’t Nikon shots.  We got Android smart phones and there has been some great in-the-moment shooting.  Picture quality was low at first until I found the settings…grin. 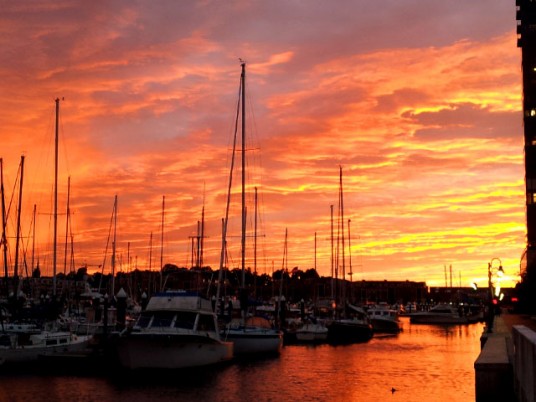 And a third from the same sunset walk… 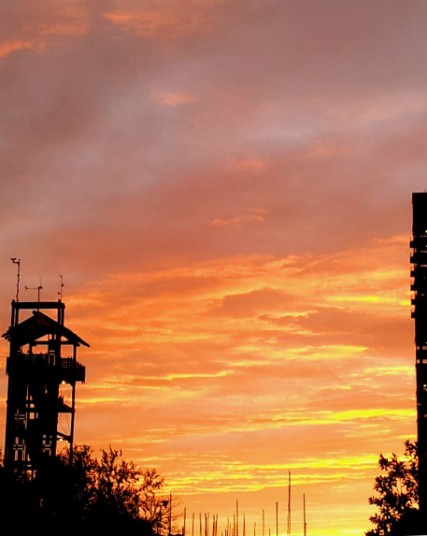 And then there have been some odd sights on my walk to work.  I’m still largely unemployed, but I have one shift a week (some weeks) at West Marine on Boston St.  It’s a half-hour walk or 10 minute bike ride, so easy enough to get to.  A little extra money is appreciated, but then there have been days like yesterday – rain coming on soon and a beautiful day that I spent inside rather than working on the boat.

Of course, I wouldn’t call this beautiful, but it was an irresistible subject. 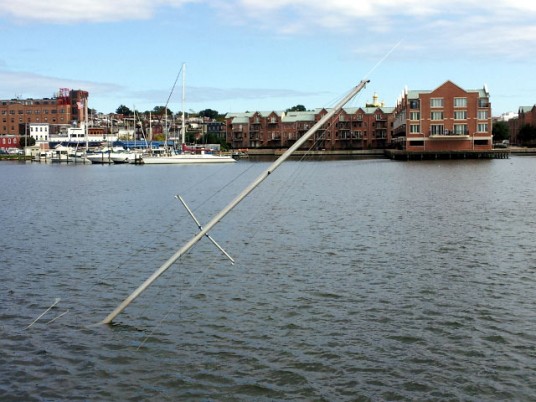 In what is slipping into monomania, I mostly take pictures of boats.  Live on a boat, work on a boat, photograph boats…but such beautiful boats! 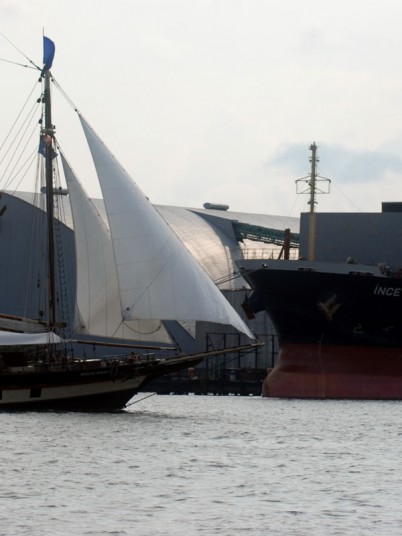 That is the Mystic Whaler passing a sugar ship.  The cargo ships come in loaded to the waterlines, warp into the Domino sugar plant, and then slowly rise over the course of some time.  A week, perhaps?  I haven’t kept track, but the ships move in and out pretty regularly.  The Whaler was in town for the Great Chesapeake Schooner Race, in which we almost but not quite participated.  We were going on a great steel schooner, but it got packed full of people and we backed out.

Another shot of the Whaler. 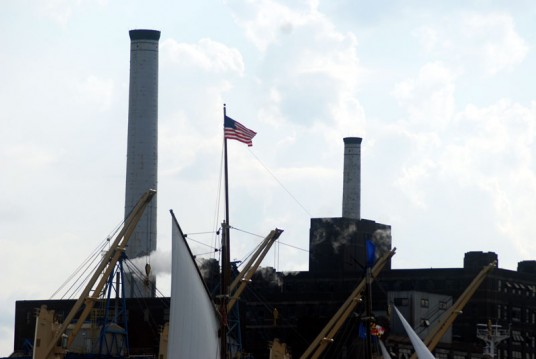 Last winter, for my birthday, we toured the historical ships in the harbor here.  We loved the Constellation so much that we went back – it really is amazing to be on an old vessel like that.  I’m a sailor and I thank my lucky stars that I’m not doing it the way they used to.  I like the independence and flexibility of small boat sailing.  I also like avoiding battles at sea, shipboard surgeons, and sleeping ranked in hammocks with dozens of smelly men.  Oh, and the beatings.  Um. 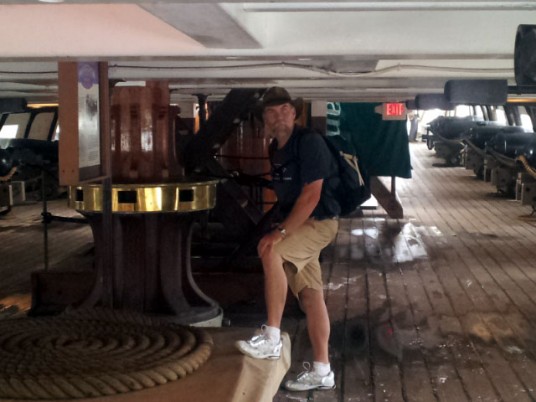 I’m fascinated by the way old and new blend around here. 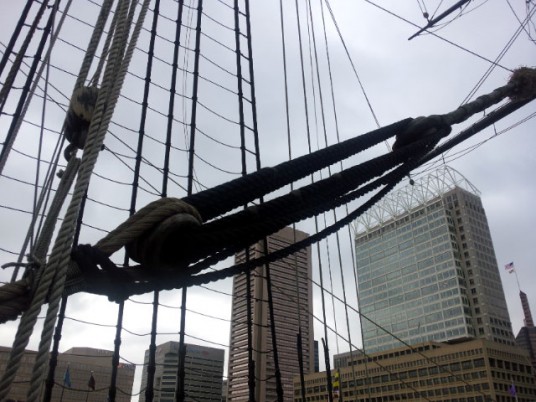 We’ve also been to the Walters Art Museum, which was a great idea.  We paid for the Archimedes exhibit, though most of the museum is free, and I’m glad we did.  It really captured my imagination (and James talked about it for days) with the grand story of Christianity’s historical effort to eradicate blasphemous writings.  This is the story of four works that were erased (washed off parchment) and therefore accidentally survived the trash bin (for works deemed unimportant) or burn bin (for those deemed dangerous).  Archimedes did amazing work, including conceiving of and working with infinity, which was not done again until Newton.

La-di-da, my life is lovely… 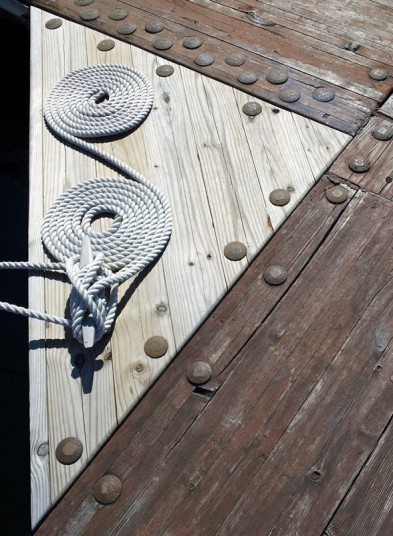 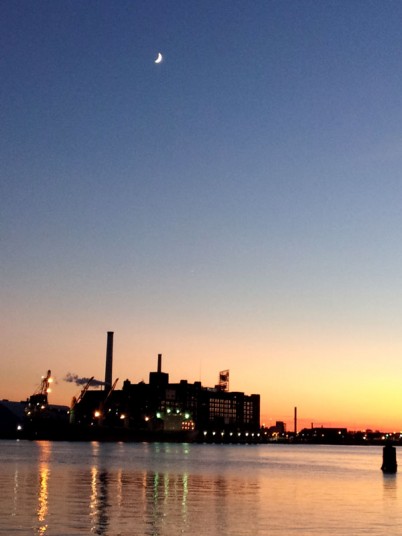 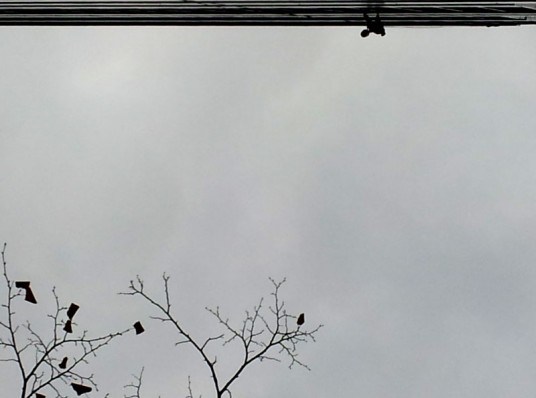 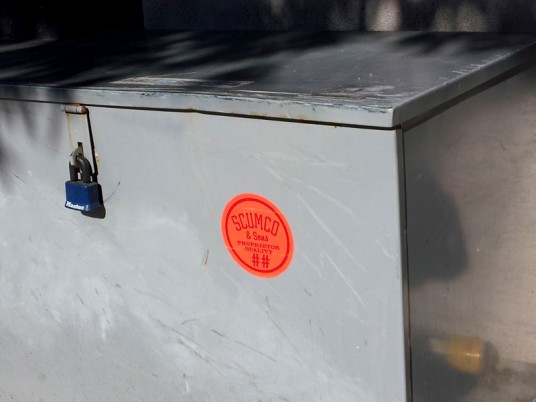 But this here is the taste of things to come… 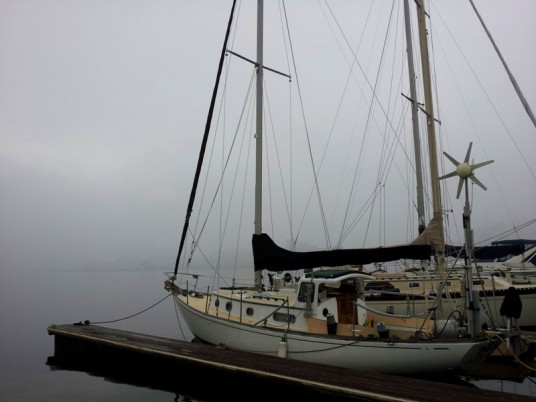