What a lovely morning we had yesterday!  When we pulled up the anchor and headed out, we were just a little ahead of the change in current.  The ride out of the Cohansey River was less nervous because we had our old track to follow on the GPS – we knew there was enough water there! 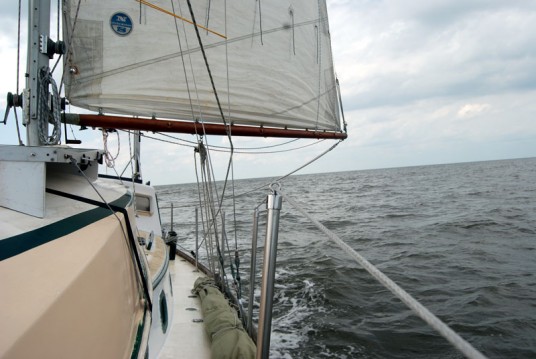 Sailing down the bay was as uneventful as we had hoped.  We averaged 5 knots and made it to the Cape May Canal by 4pm. 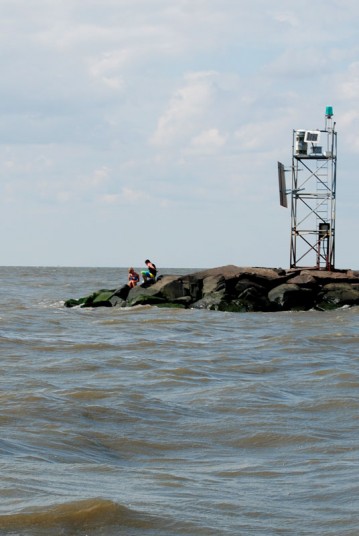 The canal has a couple high, fixed bridges, but also has an old swing bridge.  An amazing piece of mechanical engineering. 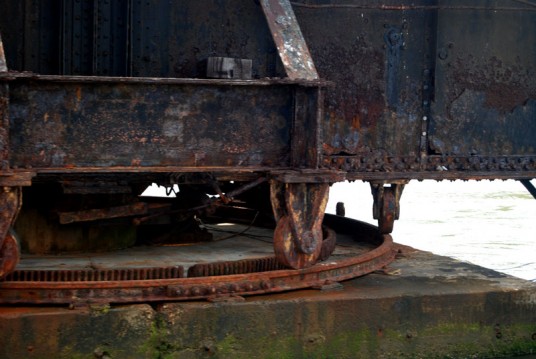 A relic of the bygone railroad age from one end: 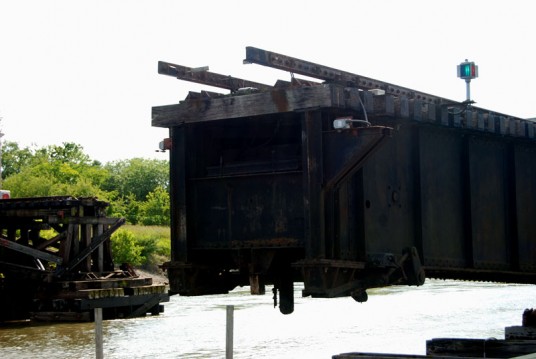 We were sitting at the fuel dock by 5pm.  We got a full tank of fuel and found out that we can drive for 1.5 hours on one gallon of diesel.

Hook down in front of the Coast Guard training facility, we puttered around, cleaning up and preparing for our offshore trip today.  I heard the recuits chanting in the distance and it made me think of a coven.

We’re too excited to write much.  We’ll write more in Sandy Hook, NJ, or New York.