Remember when we said the fog had devoured us? 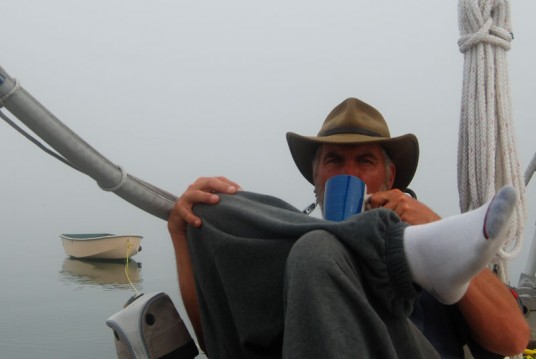 The fog stayed with us until about 1pm, though we managed to charge our batteries with the solar array even through the mist.  Once it burned off, the heat built quickly and we jumped overboard for a refreshing swim (in water we’re told is 10-15 degrees warmer than usual).

So there we were, sitting in the cockpit, enjoying our boat at anchor and a shot of rum each.  We were drip-drying , when we spied the tiny island to the northeast at the mouth of the bay.

“It is?” queried Dena, credulously.

“Well, it has a single, tall conifer, so it outta be.”

Consulting the chart, we discovered that the little pokey piece of land is actually named The Nubbin.  So of course, we had to make clit jokes and we had to go visit! 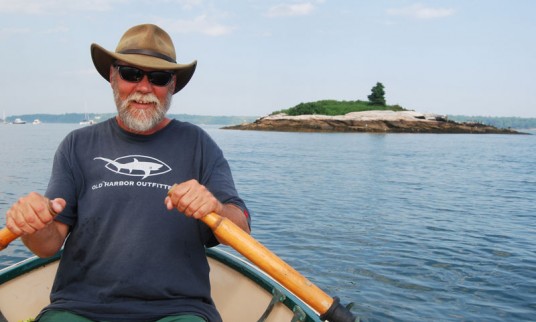 As we approached, the island’s bird population took noisy flight, protesting our invasion.  We pulled around to the northeast side of the island and shoved the bow into the kelp beds until we could get our feet on the rocks.

Traversing the slippery kelp wasn’t the easiest thing, but once we got on the dry land above the high-tide mark, we were inundated by the smells of a bird sanctuary.  A US Coast and Geodetic Survey marker dated 1941 is inset on the highest point.  We carefully inspected what there was to inspect. 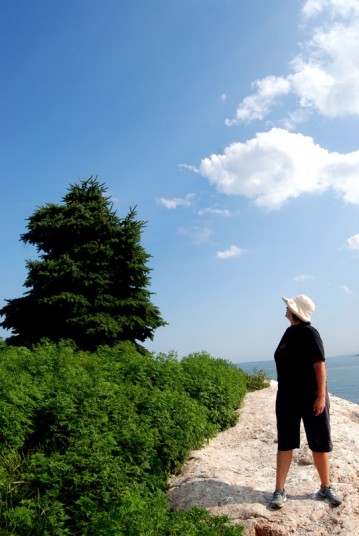 Discovering new territory always makes me (James) feel like the “king of the world”. 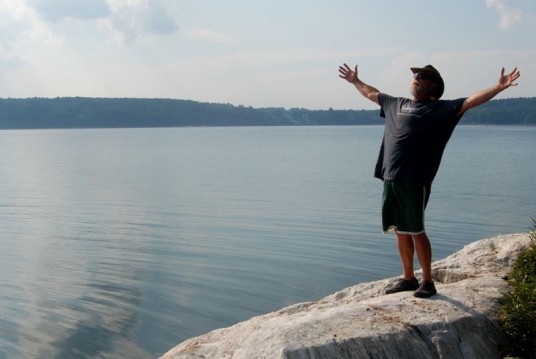 The single tree is taller, but there are many more of these flowering bushes.  Anyone know what they are? 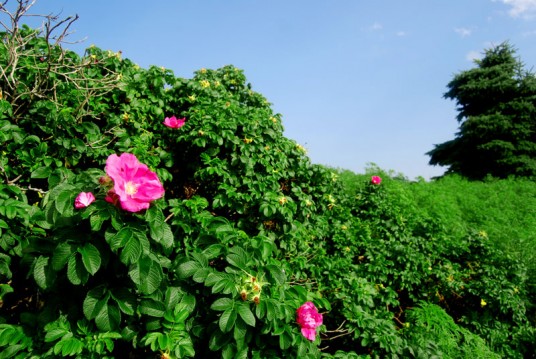 The island is such a small nubbin that our circumnavigation only took about 10 minutes, even stopping for photos.  We both marked our territory and then climbed back into our Tinker and toddled back home. 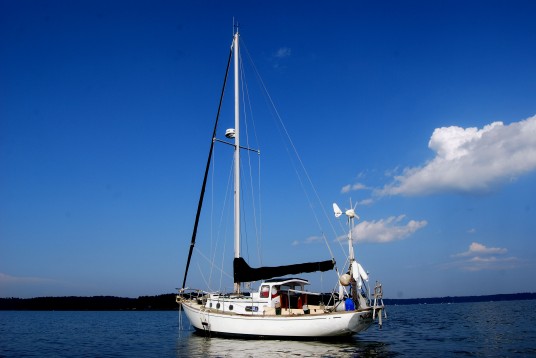