Labor Day weekend was long – 4 days long – and we took advantage of our time off.  Got some work done around the boat, which is an important and satisfying thing.

…And I (James) didn’t get a single photo.

Gentle rain fell and the puffs of wind couldn’t overpower the weight of wet sails.  We motorsailed behind House Island, south of Peaks Island and then over the Hussey.   Don’t worry, she’s too deep to be dangerous to us.

As we reached the gap between Cliff and Jewell, the rain slowed and stopped.  We dropped the still-wet main and motored around the dangerous red at the entrance.  Two boats left as we approached, and we identified a likely hole in the line of boats.

Jewell Island has a hook off the leeward, protected side.  At high tide, it’s an island and a set of exposed rocks.  At low tide, the little island is tied to the big island with a slippery spit of granite and shale.  And between the two lies the famed, unnamed anchoring hole informally referred to as Cocktail Cove.

Secure in 10 feet of water, we immediately got drunk and took a nap.

I guess we needed that.  We’ve been working hard, physically and mentally, and it was so, so nice to let it all go for a while.

When we woke, refreshed, we blinked at the gorgeous day that bloomed while we slept.  A couple boats had arrived and a party was in full progress aboard one.  The tide had dropped dramatically in that time and we were aghast at how much rock was exposed all around us.  After the first moment, though, we realized that we were too solidly hooked to be in any danger.

We went for a short row and a long scramble over the hook island.

The sun set behind the island and the shadow reached across the water toward our boat.  We watched the boat bask in the last rays as we rowed back to her. 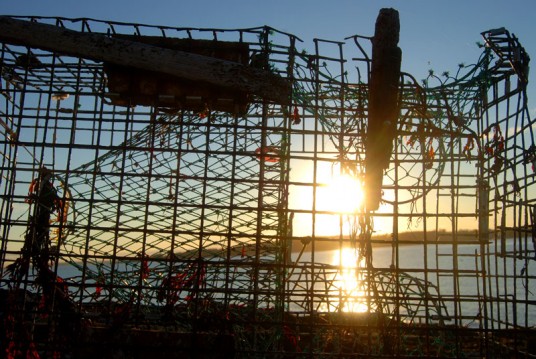 A great evening and great night gave way to a bright, cool morning. 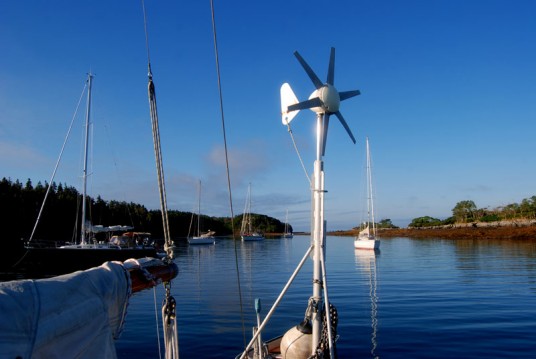 We did a great big breakfast and made up some PB&Js for the hike.

Jewell Island is a park, accessible only by boat, with camp sites and fire pits and privies.  It also has trails that lead to the most interesting parts. 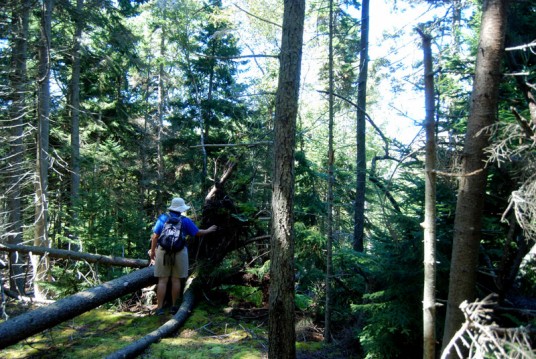 Some grown-over hints of trail make me think they move the paths when the damage from hikers gets too bad.

We checked out all the good stuff, including a tower climb that was less safety oriented than my California-accustomed self is used to. 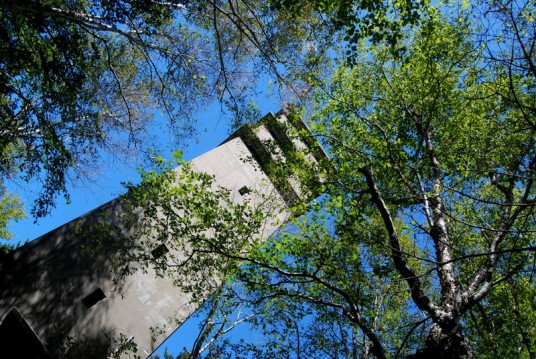 It’s a concrete block building with concrete steps leading from level to level, rusted out iron handrails poking sharply down toward the ragged bits of their bases.  For the last 4 levels, the steps change to wood, but steeper and even more nerve-wracking.

The view, however, was stupendous. 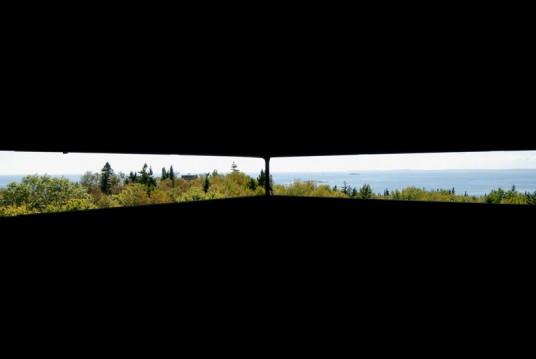 Of the whole trip, though, the best parts were on the sail back.  From the beat out of the islands and into the Gulf of Maine, we tacked south and sailed broad until we neared the Portland Head Light. 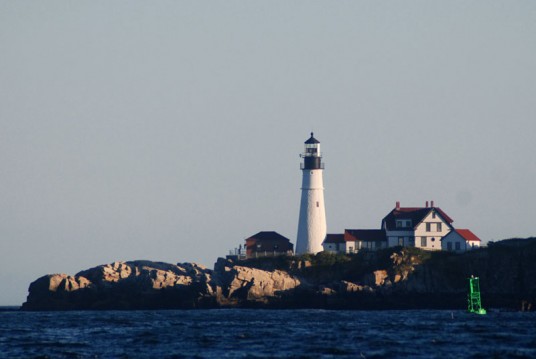 Loosing the sheets as we came around, downwind, we floated on the Atlantic waves, being pushed closer and closer to our little patch of sea-bottom.

Off the Eastern Promenade of Portland, ME, we put the hook down and felt at home.