When last we updated you, we were in the Cuttyhunk Pond, surrounded by Cuttyhunk Island.  The sail to Point Judith, once the weather calmed, was as promised by our weather sources.  Light wind from the NE and a gentle, 1-2 foot swell.  There was no remaining violence from the previous day’s wind.

Deciding it was time for showers, we sojourned at Point Judith Marina that night.  We used the marina office directions to the Matinuck Oyster Bar, which served up some of the best locally raised oysters either one of us have ever had.  My (Dena’s) only superior oyster experience was at Chinook’s in Seattle.  Strange thing is that they were serving up Blue Points and other Narragansett oysters!  This was definitely the place.

The next day was hidden by thick fog and the radar, once again, proved invaluable.  When the fog drew back, we saw that we were covered by a grey shield.  We never got more than 2 miles from shore, coming as close as 300 feet at Napatree Point, the entrance to Fisher’s Island Sound.  We sucked out every bit of wind there was to be had that day.  From full sail in the fog to frustrating motorsailing, then ultimately we struck all sails.  Windless water shone silver.  The engine sound was absorbed by the stillness and the splash of raw water from the engine cooling system disappeared. 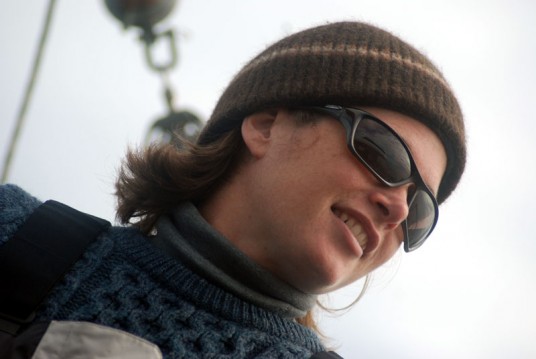 Immediately after starting the engine, I (James) noticed a strange, intermittent squeaking sound coming from the engine compartment.  Dena was riding on the bow at that time, so I asked her to come back to see if she could hear it.  By the time she arrived at the companionway, she said, “I can smell it!”

We knew that we were burning a belt.  So, engine off.  Engine compartment taken apart.  Sure enough, there’s a thick black coating of belt detritus all around the pulley of the alternator.  I grabbed a big flathead screwdriver and a crescent wrench, then tightened the belt the best I could.  In case you’re wondering, yes – this is the same flathead we used for short circuiting the starter.  It’s the engine flathead.

That emergency didn’t last long, and after some time, formless and hard to measure, we passed the Mystic River and entered the West Cove at Noank, CT. 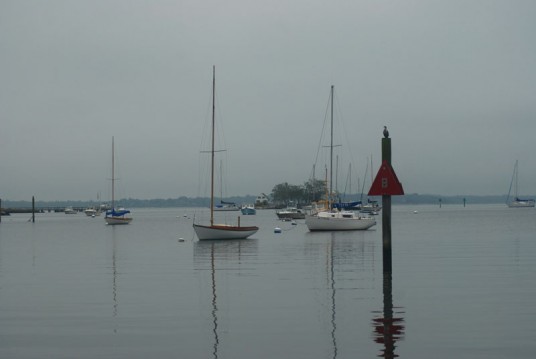 We pulled into the dock and made our loopy way up to the office, where we paid for the whole winter in one shot.  Settled. 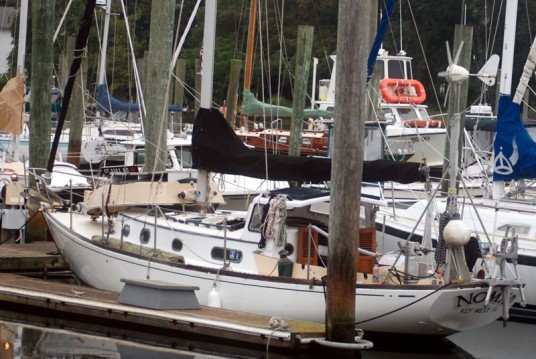 The boat is at Spicer’s Marina and will be there all winter. 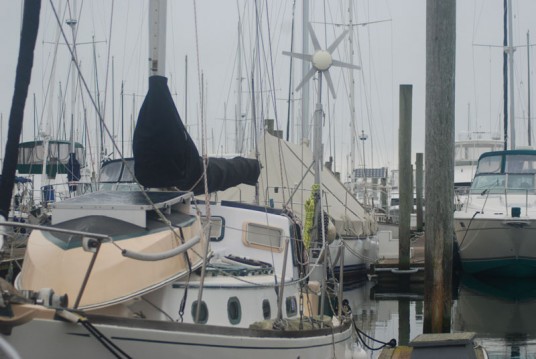 We plan to spend 2-3 nights a week aboard, so we don’t want to take everything off the boat…meaning cookware and such.  We moved our clothing, books, and camera gear to our new apartment at the Windham Falls Estates Independent Living Retirement Community.

Now.  Between the time that we landed and the time that we moved in, we walked.  We walked all over Noank.  Discovered its little village charm.  We walked into Groton and found the public library and a free-range chicken farm that also has the “end of the summer bounty”.  Some little bitty potatoes, green and purple beans, wrinkled jalapenos, and a few shallots.  Their chickens looked totally happy and content, roaming a 5 acre field with three open coops.  It was cool, and an old guy with an oxygen tank was crouched by the fence taking photos of the preening roosters.  As we strolled back toward the boat, we got the call confirming that we passed the background checks and had the job.

Then we got a rental car and started packing and moving.  We cleaned the boat from stem to stern and discovered that we had been very hard on the boat this summer.  She was long overdue for a de-molding.  We’ll just leave it at that. 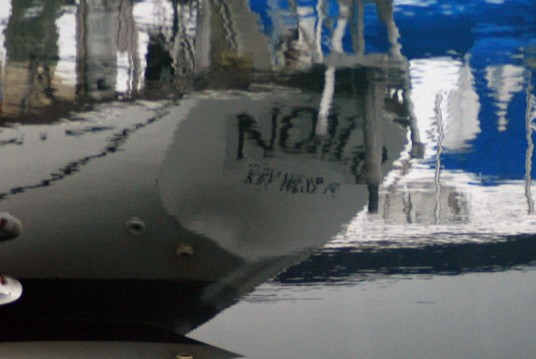 We turned our attention to furniture.  One stop shopping is what we found.  Homeward Bound is a furniture thrift store, and all proceeds go to assistance of various kinds for homeless people.  We got everything we needed in about a half hour, and they delivered it…two days after we were gone.

Starting with Holiday Retirement means a 2 week immersion training at one of several locations.  Denver picked us.  We flew out of Hartford, CT, meaning we woke up at 3am and drove there.  It sucked.  We almost ran out of gas.  Fucking Enterprise – they rented us a car that had barely a 1/4 tank of fuel.

And here, we leave you hanging.  We’ll write this surreal experience in the near future, when we’ve had time to process our new lives. 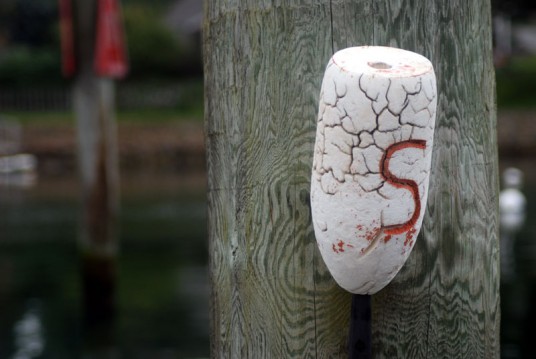