As it’s prone to do here in the New England, Atlantic North East we got dumped on with 4 inches of snow in 5 hours, followed by 3 days of hard-freeze creating the ultimate conditions for bike riding! 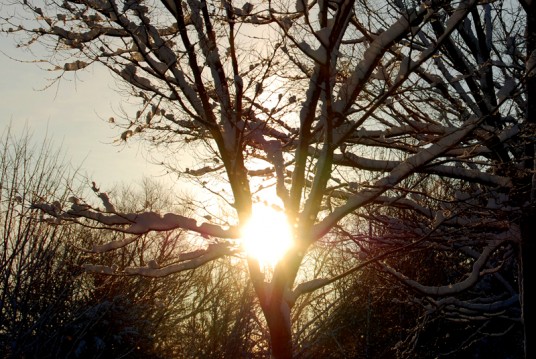 As much as we love riding our bikes in the rain and dodging cars, riding 5 miles through the state park on the (not-quite) virgin frozen hard-pack was a blast for sure. 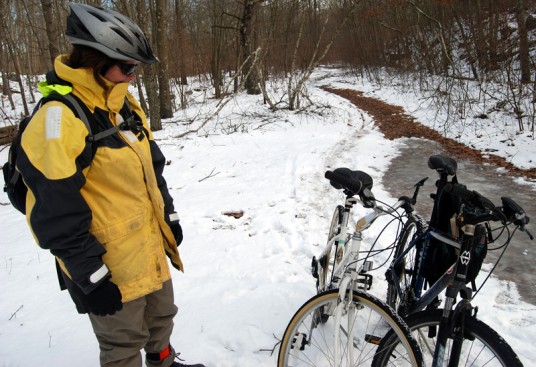 I’m not just bragging here, we really do love to do this kind of thing!

On the ride to the boat it had warmed up quite a bit so the snow in the back country was pretty hard on Dena’s balance being as though she’s got these skinny little street tires on the borrowed bike she’s been riding lately. Neither one of us fell, it was just slow going is all.

The night before we rode out to the boat we had to barrow a car to come out and get the rest of the big pieces to the Aries windvane steering system that we took off the boat last week. While Dena took the stuff back to the community and took care of a bunch of other “car” duties, I stayed behind on the boat and hooked up the new  12 volt refrigerator for testing. 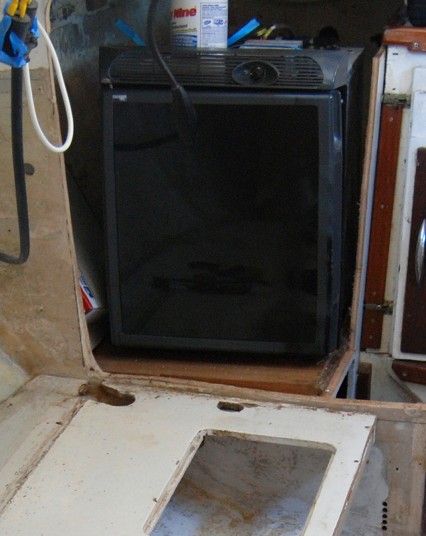 I temporarily set it up in our “New Hole”, the place where the Pilots Birth will be, hooked up the power that had been for the old fridge and the new refrigerator kicked right on. It’s quite, has a functional thermostat and only uses 2.5 amps while the pump is on, in other words, it works perfectly. I left it on for the 2 and a half hours that Dena was gone and it cycled through enough times to keep it’s self cold but ultimately didn’t run that much at all. Perfect, well worth the money we spent on it I think.

The next day we did the ride. 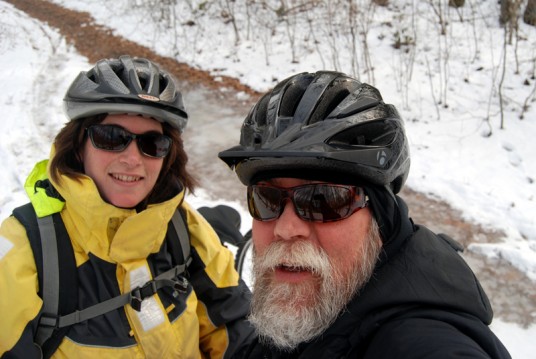 We got to the boat and jumped right in to the work. We have a ton of shit to do so a steady pace is important, besides, we were cold and wanted to work up some heat.

We cut all the new vertical bulkhead pieces and put them in place and that took up most of the day. I’m talking about the same oak-flooring pieces that we have as the finish on the same bulkhead. We didn’t have very many full pieces left so we had to use what we had which was a bunch of little leftovers. It turned out pretty cool though which is too bad because nobody will ever see it, that work will be lost behind the stove. 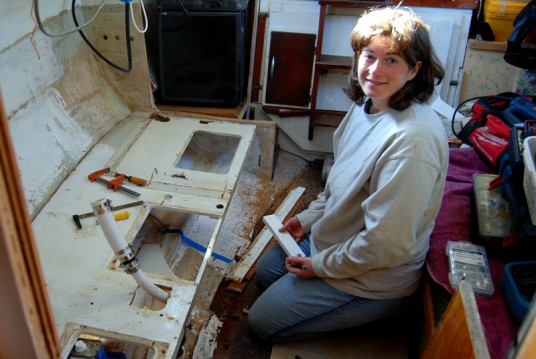 The next morning we were up early and working as soon as breakfast was done.

As we’ve mentioned before, so much of working on this boat is moving stuff from one side of the boat to the other and then back again but that’s not really the hard part. The hard part is precisely cutting these big pieces while in place and the pieces I’m talking about are the ones pictured in the photo above, the foundation of the new rebuild, and it has to be perfect. We had to do these long horizontal cuts using the jig-saw while bracing the big piece on anything or any body part that we could come up with.

One of the best things about the two of us working together in tight spaces is the fact that Dena is left handed and I am right handed, meaning, we can set the piece up, I can do half the cut, hand the saw to Dena and she can do the other half without us changing the position of the piece we are cutting… Isn’t that awesome?! 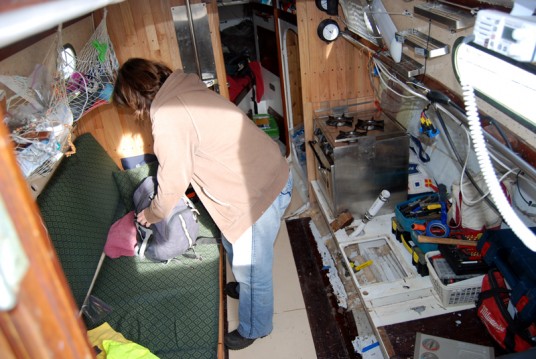 After we got the big cuts out of the way we mocked everything up in it’s (soon to be) permanent place and Dena did the math for the placement of the rest of the installation. We cleaned up the boat and made it a functional living space again so when we show up next week it’ll be like coming home as opposed to walking into a hard-hat zone.

Over night it had refrozen so the black-ice was the worst part of the ride home. We made it all the way through the park without incident, came out into the parking lot and both of us busted-ass one after the other, it was like our own little comic routine. It was funny only because neither one of us got hurt, well not very hurt anyway, a few bruises here and there is all…

This week we will finish the drawings and mock them up on the uncut raw materials back at the community and hopefully have them done in time for our next big bike ride. 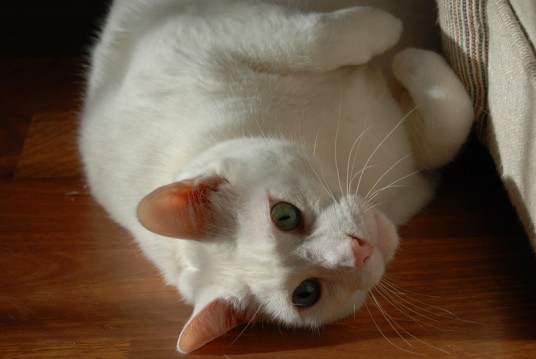 …Of course I have to finish off with a superfluous cute cat picture, because I have one.