After all the intensity of sailing across the Sound on Saturday, we had significant wind for a night, a day, and a night on the hook.  Sunday drifted by while we were huddling down below dodging the heavy winds and reading.  You know, living the dream…while also prodded by our truest natures (nature? nurture?) to make something, do something, which something became our last blog post.

The photo above does a glorious job explaining how it felt to wake up on Monday morning in Threemile Harbor, East Hampton, New York, in the peace and quiet of a still dawn.

We spent the early morning cleaning up and stowing the boat.  The temperature was slated to reach 60 – leaving behind the highs of 40 and 45 for, we hope, the loosing action of a stronger sun.  We had to go out and explore our home in the Hamptons.

To actually buy a house in that part of the world you pretty much have to be a millionaire/billionaire from Manhattan (a few exceptions being made for those servants the rich cannot do without, for where would happiness be without a clerk to sell a shirt or a nail tech to buff and fill?  But, of course, those sorts are housed in special zones clearly labeled to keep out the well-behaved children of the rich while being irresistibly alluring to the older kids who know that “Mobile Home Park” is another way of spelling “Acid Score”).

Unless, of course, you’re us. 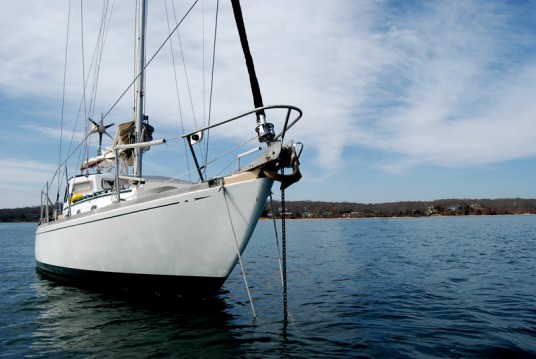 We launched the dink and gave’er a good eyeballing.  The sailing had shaved her beard and revealed a patina that reassured us.  Yes, there is real copper in the bottom paint we pay over $100 per gallon for.  We rowed the mile into a secondary channel.  Really – this place is strange.  A channel, not more than 50′ wide, brought us from Gardiner’s Bay (just off the Long Island Sound) into Threemile Harbor.  A few marinas line that channel, but more cluster at the south end, through another channel that is even narrower.  The expectation is that ever smaller boats would traverse ever narrower channels and burst out in the Atlantic Ocean. 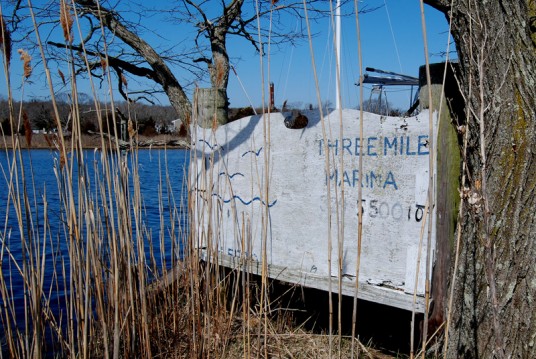 We put the dink on a dinghy dock next to a Boatel launch that was actually launching a boat. We both thought that it a bit strange that they would be launching plastic-destroyers this early in the year. 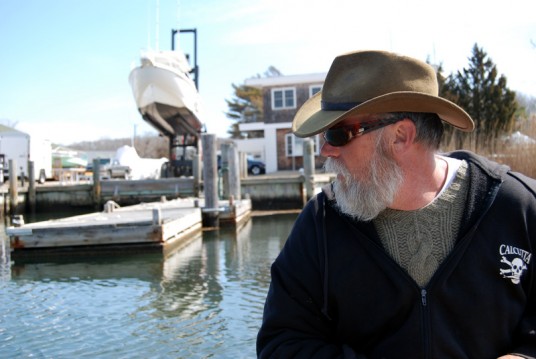 We set off on foot for the town of East Hampton, 2.7 miles south.We had this big plan of going to see Jackson Pollack’s studio, the East Hampton windmill, and what we had read was one of the coolest little downtown Villages on the East Coast. 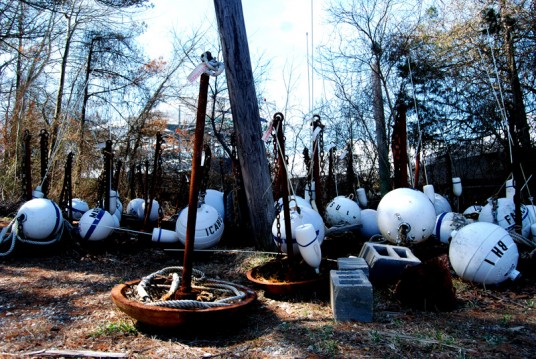 Well, after spending the last four days on the boat never walking more than 30 feet at a time, the 2.7 miles to East Hampton actually felt like a big deal to me (James). The little village wasn’t that great, all the grey ponytails driving around in expensive sports cars can only be laughable a few times at most before they just get old, everything was way over-priced, and – check this out – the Pollack house was not only the opposite way from where we had walked, it was closed. So we walked back.

That was no big deal really. We like walking together, even on a long one,  and just being together makes us happy.

So we headed back to our very own home in the Hamptons.  This time, I (Dena) rowed.  I felt strong and serene handling the oars.  It reminded me how much I loved living at anchor in Maine. 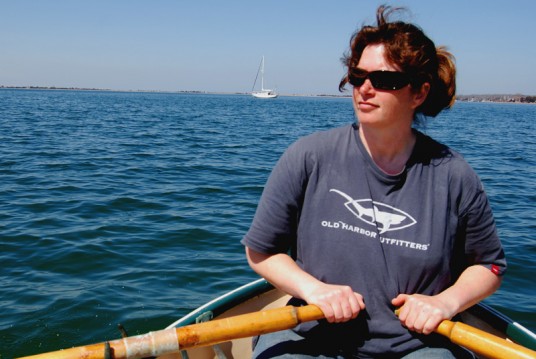 This is us, doing what makes us happy.  I brought us up near the Monitor. 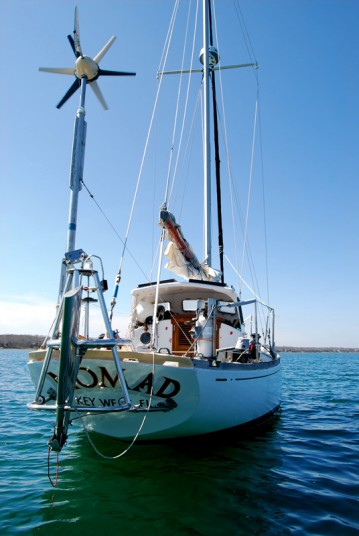 What a good-looking stern!

We had planned to sail north to New London today and get business underway.  Our dirty clothes bag is bulging, our stores are thinning, and we’re skeptical about how much water we have left.  But rain threatened, and another day off beckoned, and today, again, we’re living the dream. 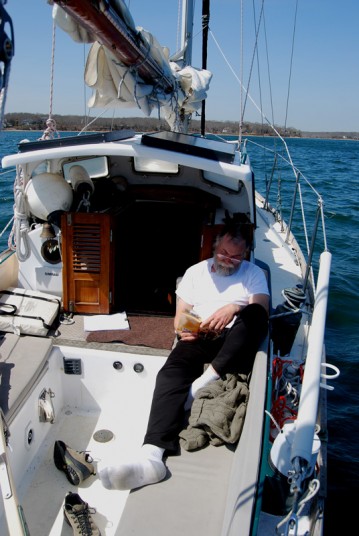