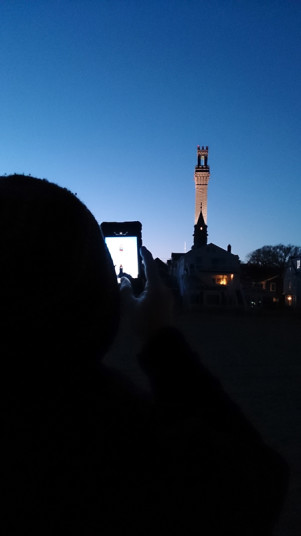 As we’ve said so many times before in these pages Dena and I are lucky, we both have our birthdays in the off seasons so we get to spend them in our favorite places pretty much by ourselves. This year we spent mine in P-Town, Cape Cod, Mass. It was awesome… We had the run of the place! Dena shot this picture of me taking a picture of the Provincetown tower with my dumb phone and the shot she took was so much better than the shot I got that we had to publish it… if for no other reason than its po/mo stature and the fact that it’s a great shot.

So much for that.

…But today, we went sailing and once again we were the first boat off the dock for the spring-time and again, we had the run of the river! 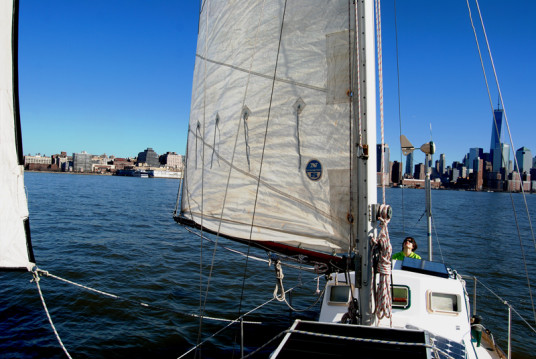 It was a beautiful (almost warm) Sunday and we were all by ourselves heading up the Hudson River to check out some potential anchorages for the summer. 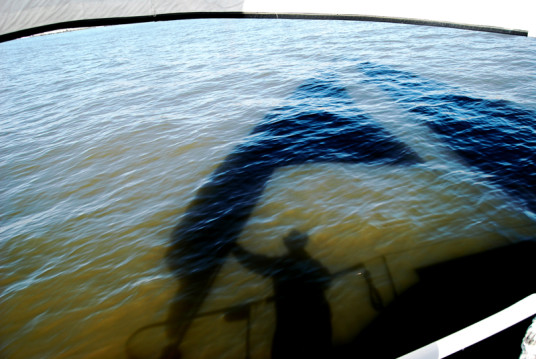 The winds were gentle from abaft heading up river with the tide and we were truly in our element, it was so spectacular that we were just, ok I’ll say it, giddy! 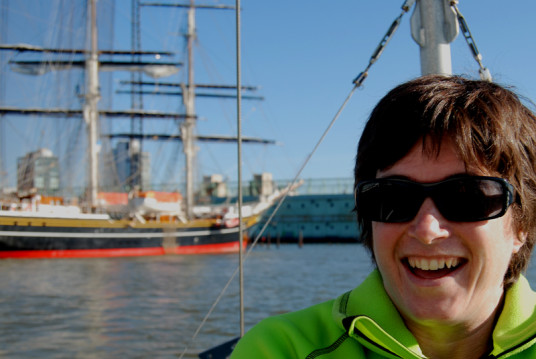 We saw a bunch of very cool shit including this awesome fully-rigged Tallship from Amsterdam moored-up next to the (totally stupid) downtown Manhattan driving range. 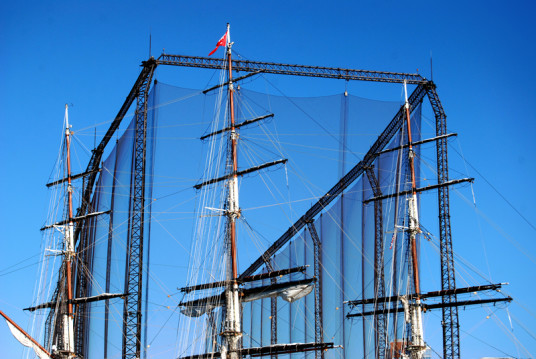 …Makes for surreal photography though, that’s for sure.

(You see, we went to see the movie “Noah” and we brought a flask of good single-malt Scotch whiskey with us. The game was this; every time they said something ridiculously religious we would drink from the flask… Well, we ran out of whiskey 10 minutes into the fucking movie and laughed our collective asses off  for the next 2 hours, much to the chagrin of our fellow audience members, it was a hoot!)

…Anyway, we had a touch of the pink elephant (not in the movie, WTF?!) and we had to shake it off somehow, and what better way than to get those sails up!

And let me tell you it was absolutely the perfect remedy! Broad reaching with the tide from Jersey City all the way up the Hudson to the 79th street peer where we turned around with the tide to beat our way all the way back with winds ranging from 5 knots to about 15 knots. We even got to tuck a reef in on the way back after getting a little over 25 degrees of heel with speeds up to 7 knots! 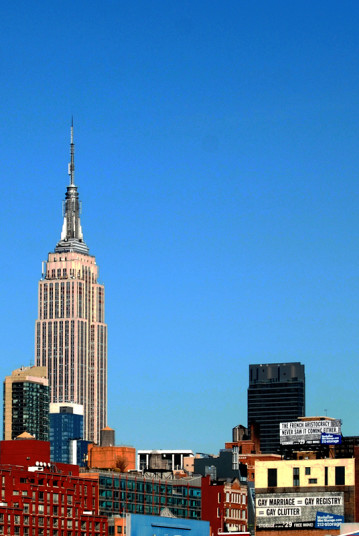 Can you read the sign on the side of that building in lower right hand of the photo above? 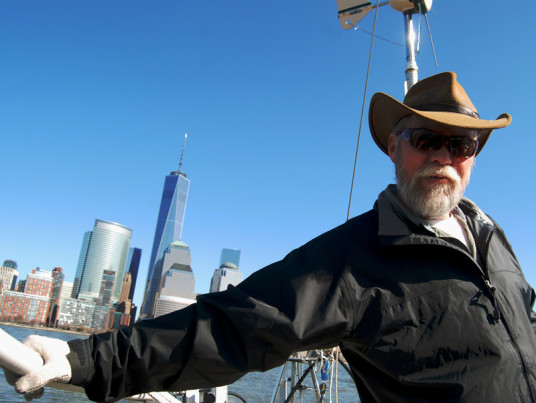 So we had the run of the river on a beautiful spring day in the biggest city in the good ‘ol U.S. of A and, once again, proved to ourselves that we are the happiest people in the world… We’re young, (well, Dena is), we’re talented, we’re lucky and yes, still a little hungover!