James and I were just talking about how there’s a role for heroism in happiness.  We’re in New London, CT, and, if you know us, you know we never planned to come back here.  On the other hand, plans go awry.

Looking back at my employment history (my linked in page is almost 100% of the jobs I’ve held), I was struck by how few jobs I’ve held more than a year.  Why that should surprise me, I don’t know.  I’ve lived it!  One striking part is how much notice we tend to give – a month or more at jobs that we’ve only held for six or eight months.  It’s the planned nature of sailing adventures and the necessity to stop spending money and bank some for the dry times.

That didn’t happen this time.

James and I realized that we wanted to leave. Spring fever, perhaps, but also a long winter of dissimilar schedules and the event that was not-falling-in-love with New York. We talked about it, thought about it a couple of days, and gave two weeks’ notice at our jobs.

We’re both still employed, though we worked our last a week ago, because there are more opportunities with the same companies in the Boston area, where we’re headed. Whole Foods and West Marine both want James, and it will depend partly on what town we end up liking.

I worked my last day; James worked his last night. We rested one day, readied the boat the next, and hauled the anchor the third. 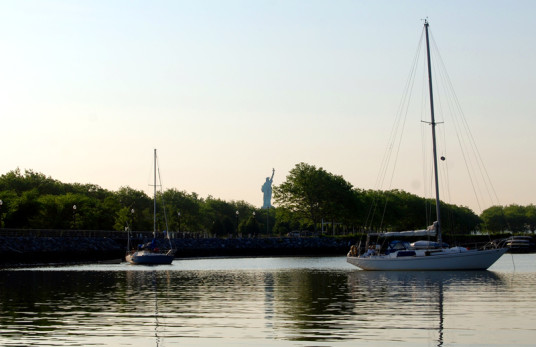 The first day took us to familiar territory (a theme in this story). We filled the water and fuel tanks at our winter abode and anchored behind the Statue in our spring abode. 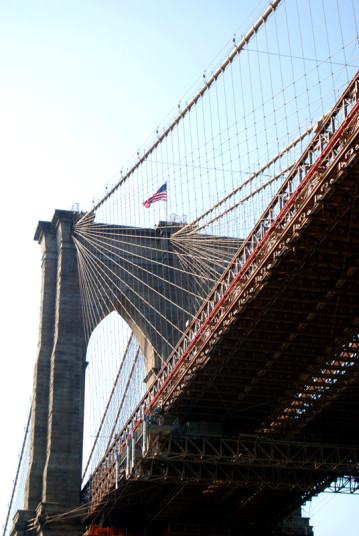 It’s the best spot to jump for the tide change at the Battery and ride the flood up the East River, through Hell Gate, and under the Throg’s Neck Bridge. 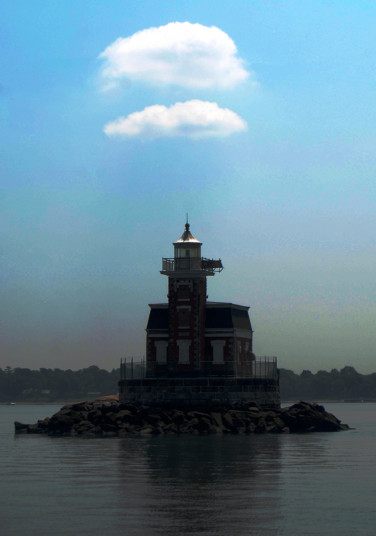 Glass water; motorsailing. We know this one. 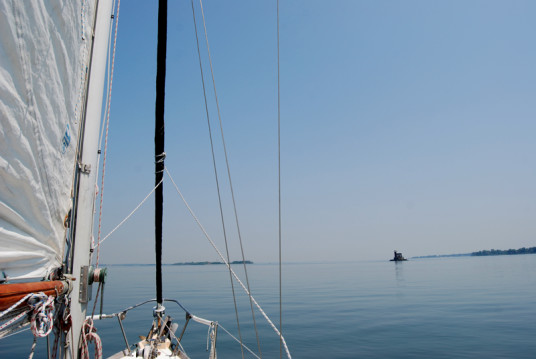 The current turned at 8:40 at the Battery, which set us up for a long run up the Sound. We had a couple possible stopping points in mind, depending on how fast we traveled. Of course, there was also the option, circling our brains, of continuing on and doing the whole sound in one shot. Straight to the Narraganset!

Or not. We got near Lloyd’s Neck and decided to stop in at the Sand Hole. I furled the jib, James started the engine, and I went to the mast to drop the mainsail.

I (James) got over my job the second the engine died heading into Lloyd’s Neck! 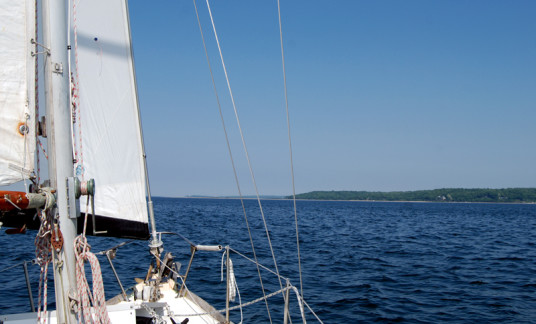 At about 1600 our new fancy-schmance AIS/VHF screeches out an alarm letting us know that a storm system packing winds of up to 60 knots, quarter-sized hail and rain was coming our way in about an hour and a half, and sure enough the cumulonimbus that hung off our transom was almost audibly growling at us.

It really did seem like seconds after that announcement that we started the engine. The winds kicked up to 15 knots and I throttled up to 2000 rpms. Ten seconds later, the engine weakened as though it was being throttled back and died.

It’s amazing how quiet it gets in that moment. Looking around – nothing’s wrong.

I throttled back and tried to start it.  It chugged a few times but didn’t start. It has to be fuel.

That’s when Dena said, “Is the main going back up?” and I answered “Yes.”

Dena put the main back on and came to the cockpit to take over.  I took the engine compartment apart and went through the steps. No oil everywhere; no fuel sprayed through the compartment. Pumping the fuel bulb, looking at the clear bowl of the fuel/water separator. Nothing visible is wrong. I’m going to have to dive in.

It’s a diesel engine: it can only be two things. Fuel or compression. The cylinders are getting plenty of compression.

Meanwhile, I (Dena) am fairly close to the beach.  Not the hardest land mass, but land nonetheless and the storm was spreading across the sky. I tacked and gybed to make our way down into the protected waters. Flukey winds and an ebb current made it slow, concentrated going.

We anchored under sail behind a small bight called Whitewood Point, hoping for a little protection from the oncoming storm, which we watched disintegrate on radar as it reached us. We got none of it. The only thing we got was a spectacular sunset. 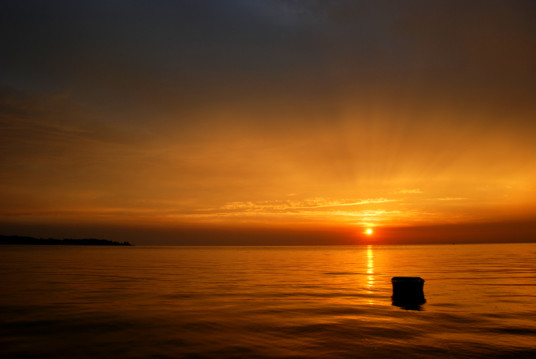