It’s been two months since you’ve heard from us!

Weeeeeeell where do I begin?

Dena went on her tour of the West Coast of the US/Canada and I stayed on the boat at anchor up inside the Mystic River behind the Schrafts Center in Charlestown, Ma… That’s about as brief as it gets on those subjects.

Go to Dena’s site to read about her adventures as a rock-star erotica novelist but the whole time she was gone I was stuck punching the clock at my wage-slave gig so I was uninspired to say the least.

The day before she arrived back in Boston I got the boot from the local water police and after almost three months of free living bouncing from anchorage to anchorage in and around the Boston area we had to give in and go back to the marina life. Dena got home and that night after our obligatory celebratory meal we weighed anchor, went around the Charlestown peninsula and settled in to our new digs at the over-priced Constitution Marina. It was a beautiful night and the water was glass becalmed, just incredible! 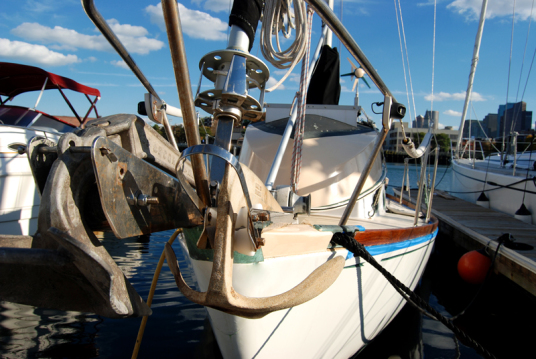 The next day we cleaned off the anchor, chain and rode which was no small feet being as though it had been buried in the Mystic dregs for weeks and had taken on a slimy funk that is impossible to describe with our feeble language, it was just nasty! We also cleaned and stowed the dink, T/T Tinker, a bittersweet ordeal being as though she has been our trusty commuter vessel since we left NYC and never once has let us down. Putting that little boat to bed for the winter is always kind of sad.

Then we started on the toe-rails…

Dena spent all day on her second day back cleaning the 53 year old toe-rails with a particularly harsh combination of chemistry and elbow grease and on my first day off after her tour we both got busy with gooping the West Systems 610 epoxy on the rails by hand and rubbing the stuff into every crack and popped out bung. 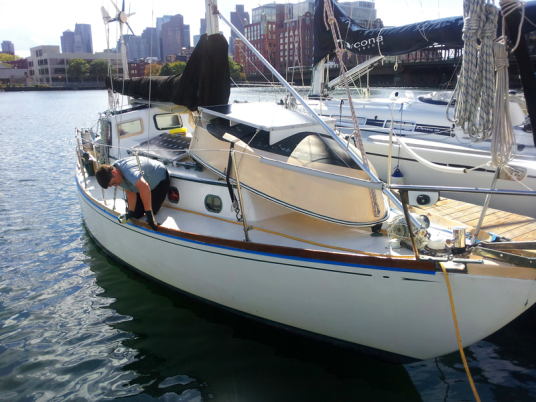 We slopped 5 tubes of that incredible chemical on those old beat up toe-rails and the wood just seemed to absorb every bit of the stuff. The next day Dena wet sanded and then put another 3 tubes on to make sure that when we did the final sanding before paint it would appear as smooth as the rest of the boat. 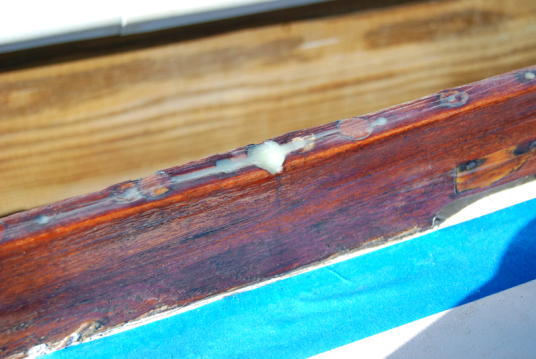 What you’re seeing above is only part of the reason we are doing this project. A large number of wooden plugs, or bungs, have come out exposing the fasteners under the bungs to the elements and causing the wood to split. The 610 epoxy is thickened so we can fill not only the bung holes (he he) but the cracks as well… It’s amazing stuff that 610 because after you wash it and sand it you can just paint it and it looks perfect. Pretty cool, eh? 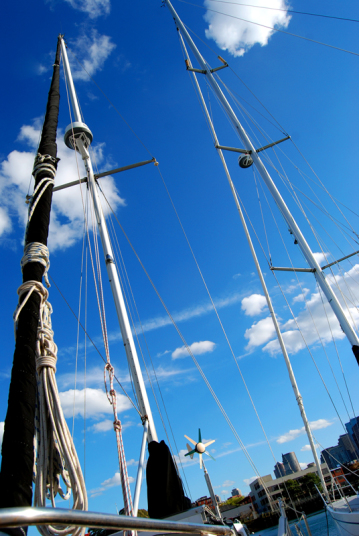 It’s not all work you know. Being in a new place, even a cheesy one like the Constitution Marina, is inspiring so I had to shoot some pictures. 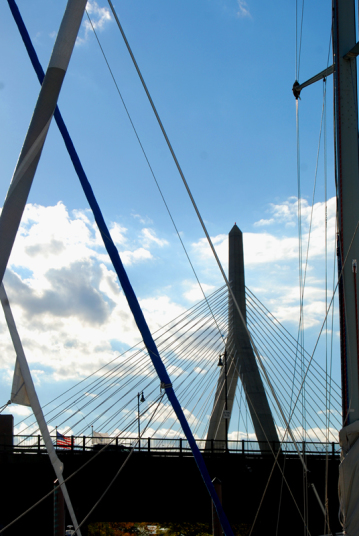 The new digs are not as economical as being up the Mystic for free but the scenery is pretty cool. 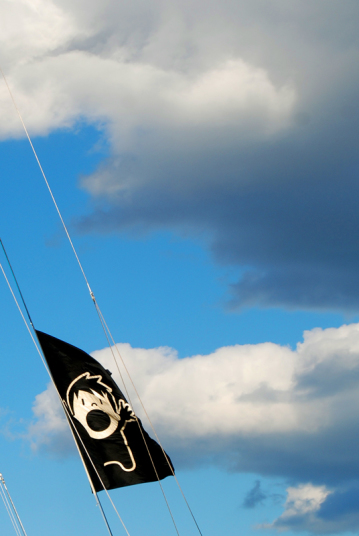 Well, there you have it…

We’re off the hook for another winter aboard. Baring any tragedy it looks like we’re most likely going to be in the downtown Boston area for the winter at a marina, we’re not sure which one yet, we have a few options but we’re making the best out of it, like we do, and no matter what we’re always living the dream!