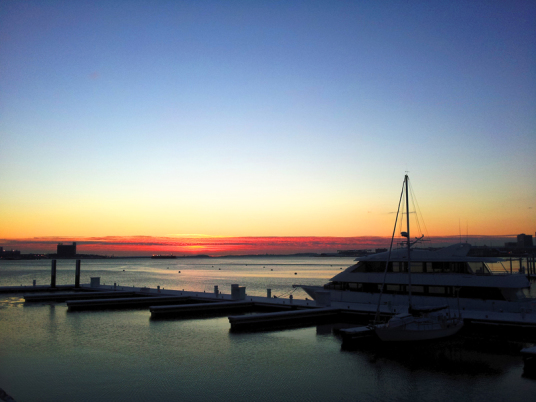 We have been blown, hand-in-hand, across a dock of solid ice in a Canadian ice storm at the break of dawn…

We have peeled our blankets from our frozen hull…

We have cleared docks of 4 feet drifts from the middle, because the snow bowed outward and we couldn’t see the edge…

We triumphed over Snowmaggedon…

We lived through Hurricanes Sandy and Irene, and the great Nor’Easter of 2009.

We know what’s going on here.  We know how to deal with winter.

Holy shit.  That was a real storm.

Yes, they have severe weather in Boston, as we can now attest.

We heard it was coming and came home early enough to add two more spring lines to our collection of dock lines.  We went below, hunkered down, and settled into smart wool and flannel. 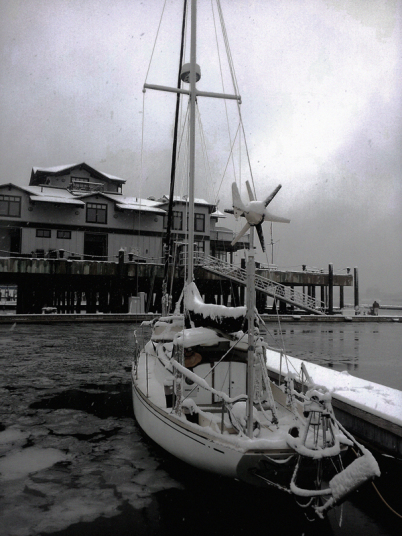 Tuesday, the day MBTA didn’t run and the roads were closed, was celebrated from inside the cabin for the  most part.   We took advantage of a lull, and cleared a bit of the first round of snow from the cockpit and solar array.

Our effect was shortlived, as the dumping commenced…sideways, at sixty miles an hour.

Bow into the wind, the hard dodger, which ordinarily keeps rain, snow, and wind out of the companionway, acted as a vortex and insisted that the snow come hang out in our faces. 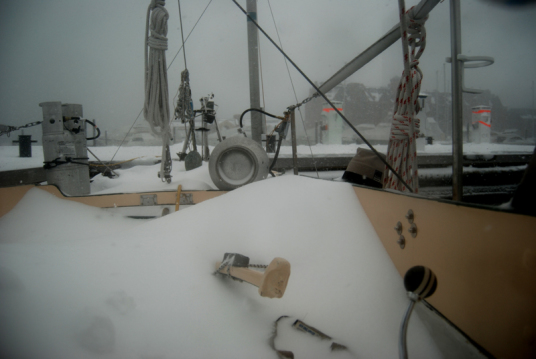 Then, in the middle of the night, the wind abruptly swung west and both our fenders ‘sploded. 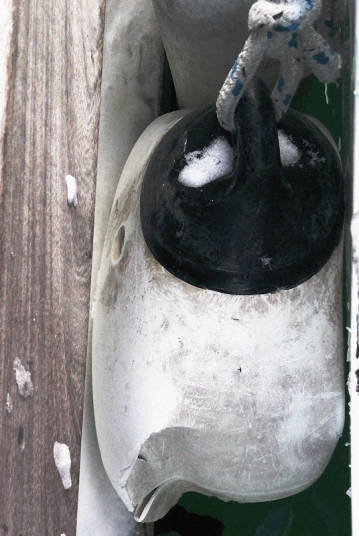 After that, it was all rum and entertainment throughout the night. 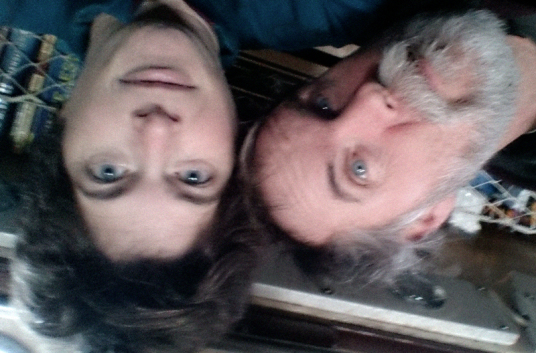 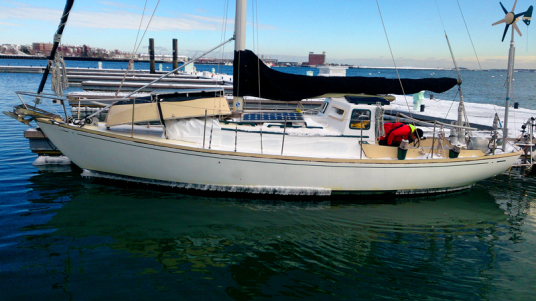 …which is today, we went out to clear the decks and found that direct sunlight will melt snow, even in 14 degree weather.  The side decks were filled with an icy sludge because the scuppers were frozen solid.  No longer.  It’s still cold, but the bad part’s over and the boat fared pretty well. 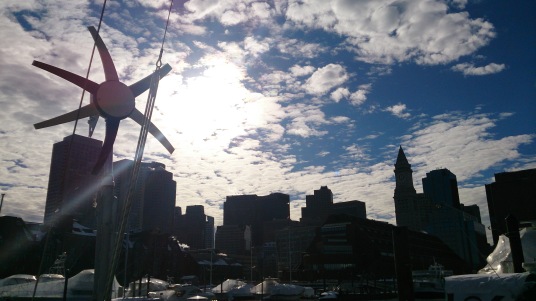