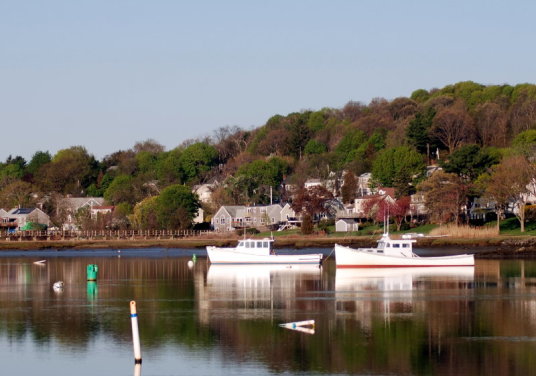 Back to our million-dollar view.

Our new digs are much preferable to our old ones.  The boat was safe enough through the winter at Boston Yacht Haven, but everything else sucked.  From the ridiculous price – misquoted to us with no consideration given when we showed up – through the grinding, squeaking aluminum gangplanks, unexpected lockouts due to them resetting our keys, all the way to the bathrooms that started out filthy and degraded to freezing when the heaters broke…and then stayed that way for months, with only a small space heater for the one room in the world we absolutely had to be naked in during minus degree weather, well, we’re happy to be gone.

Just as the toilet seats went above zero degrees, we left. 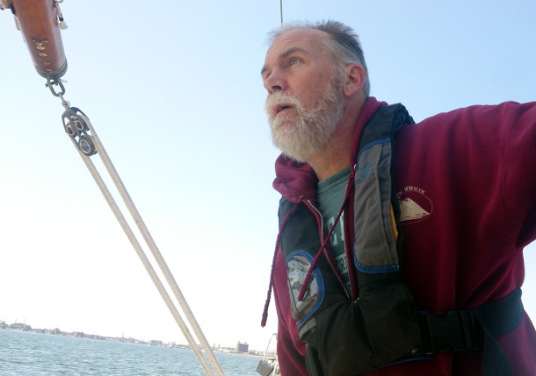 Our second sail of the year took us out of the inner harbor as a light ebb and easy 8 knot breeze made beating to windward a pleasure for a change.  The only hijinks occurred directly in front of the landing strip for Boston Logan Airport.  The planes were lined up one after another, with a minute or two between.  As we passed the strip, a Boeing 777 flew over us and hit the throttle.  Perhaps they were coming in too low.  It certainly seemed so to us.  As they approached, the wind increased and our heel became startlingly extreme.  As they passed over, the wind backed and sent us over the other way in a crashing pop that freaked us both out but did no damage.

So that’s what jet wash feels like on a sailboat!

The rest of the trip was absolutely perfect.  The wind gently switched angles as our course changed and we could broaden our point of sail for easiest motion.  As we approached the Back River, the ferry traffic picked up dramatically, going the same direction we were going.  As we came into the channel with the promise of a broad reach, we decided to avoid traffic hassles and strike the sail.  Looking at the clock for the tide, we realized that the ferries were carrying the commuters home for the day.

Up Back River, the ferries peeled off to port and docked at the Hingham Ship Yard, a famous WWII ship factory turned into a luxury resort, marina, and shopping complex, all in the last 10 years.  We continued upriver, poking our way along the shallows past home docks and a boat ramp, past the South Shore Yacht Club and toward the Route 3 bridge that connects Hingham and Weymouth.

The chart says the bridge has 36′ clearance at mean higher high tide.  We were 4′ down from high tide and have a 36′ tall mast.  Should be fine, right?

We approached dead-slow with an outgoing current and an audience at the yacht club.  As we got under the bridge, we experienced a first in our adventures.  Our VHF antenna, on top of the mast, hit the bridge, causing a distant, metal on metal ringing.

I, James, was at the helm.  When I saw the bridge make contact with the antenna, I kicked it out of gear, watched how the boat moved in the current (kind of sideways), and heard Dena say, “Hard astern.”  Twice.  I kicked it into reverse and gently glided her out from under the bridge.

His answer was more to the point that he had never seen any sailboat even attempt to go up the river, from his childhood in the distant past through his semi-retirement in a house farther up.

Yes, yes, we’re amazing.  And yet, we still didn’t make it under that bridge. 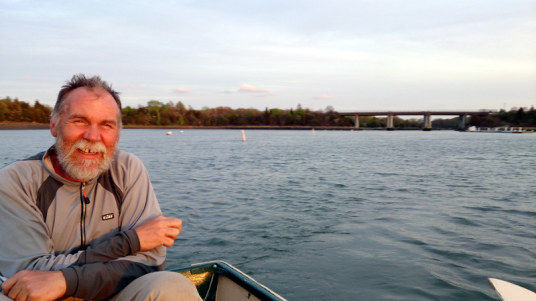 He told us we could pull up to the dock if we wanted to wait for the tide to drop further.  He said a short stay wouldn’t be a problem, even though the dock had sustained damage over the winter.  Side note: most marinas in the area are a month or more behind because of winter storm damage.  Some are staring down million dollar repair bills.  Winter was hard.

Guy’s name turned out to be Fred, and Fred, our new friend, offered us the temporary use of his mooring. 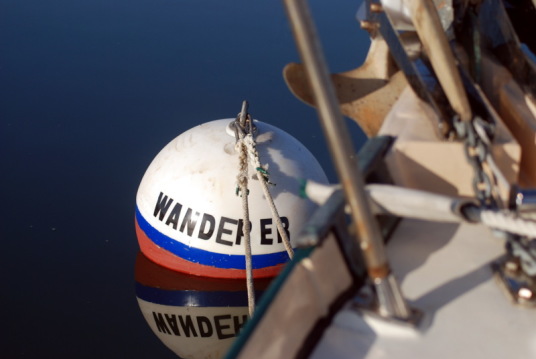 Yes, the S.V. Nomad is on the Wanderer mooring.

The South Shore Yacht Club has bemusedly given their permission for us to stick around.  They’ll be moving us when people put their boats in the water and they say we’ll eventually get shooed off by the cops.  Half of the river belongs to the Weymouth police and half to Hingham, so we can be hassled by each, both, or neither.

At this point, none of the above. 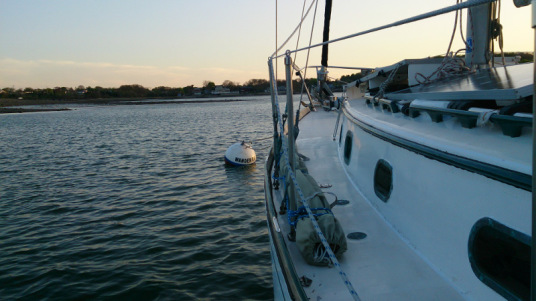 Our first sunset in our new mooring field reminded us why love this so much.  We’re underway, even tied to a ball chained to the bottom.  The motion of the boat is easy and fluid.  No jerking at the end of the rein, no bad-tempered rearing and bucking. 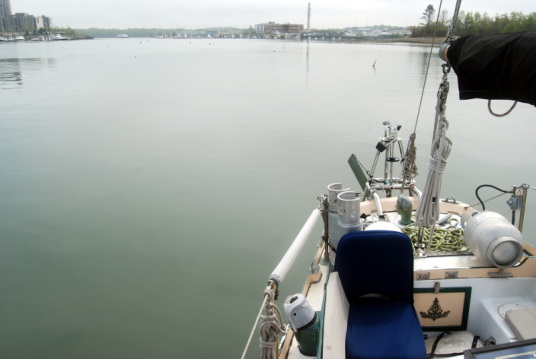 Of course, when it’s this calm, the boat can’t help but be placid. 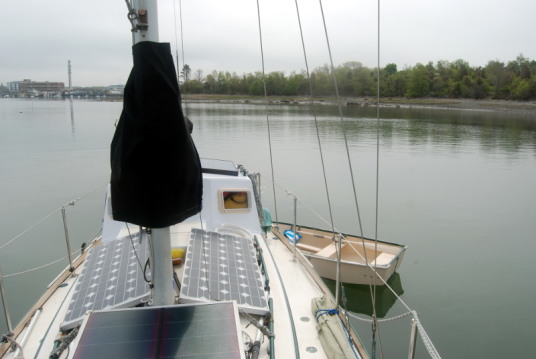 The only noisy neighbors are the dogs at the park and the power boats putting in at the ramp and rushing out to get some fish guts on their clothes.