It’s always been one of the problems with our travels, we don’t like to go back! 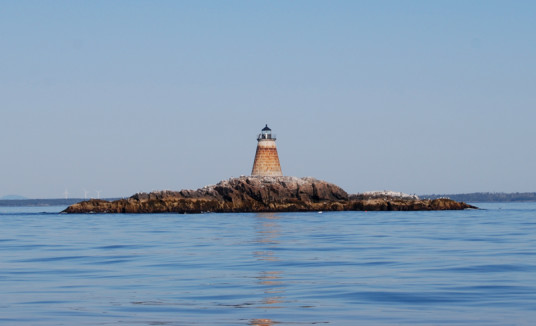 After our lovely anchorage off Dix Island we pulled the hook and headed out on glass with the main up and started chasing light houses. 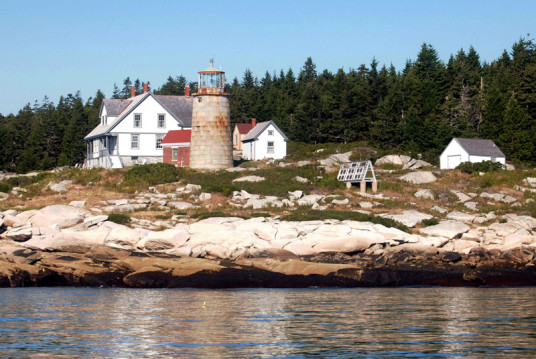 Maine has some of the strangest lights on the east coast and the odd thing about most of them are, quite a few have been discontinued and sold off as exotic vacation homes and roofs which you can view from this hyperlink- Palm Beach Roofing Expert. Some people fix them up and some don’t.

We did ultimately catch some good wind after stopping in Port Clyde for fuel and very nicely made our way all the way into Christmas Cove where we tucked in for an awesome pasta made on the boat by me (James) and a good night’s sleep. 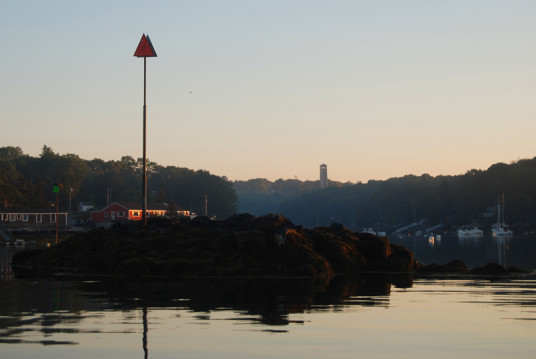 Christmas Cove is a pretty little hot spot on Rutherford Island in the town of South Bristol. We didn’t even make landfall. 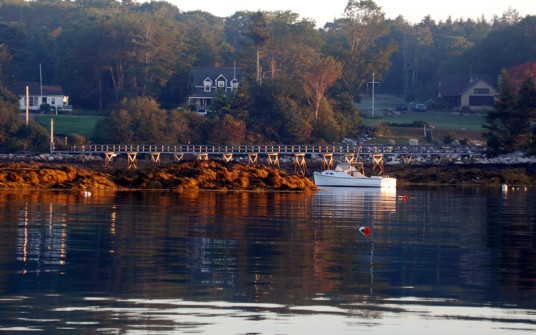 But Dena got lots of great pictures before taking the helm as we motored away on another glassy early morning underway. 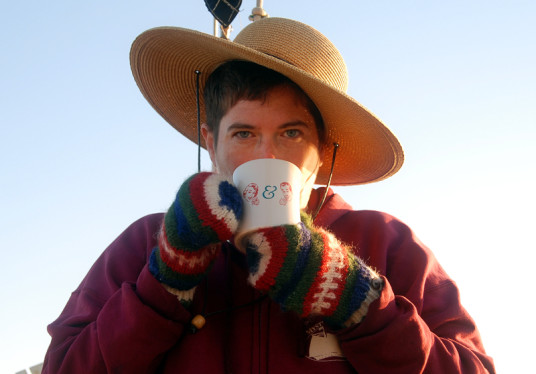 We had some business to take care of in Robinhood Cove, where they have a courtesy car for marina customers, so we were obliged to rent one of their moorings for the night. It was nice to get some showers in and fill the boat with provisions before heading on up the Sasanoa River to Bath. 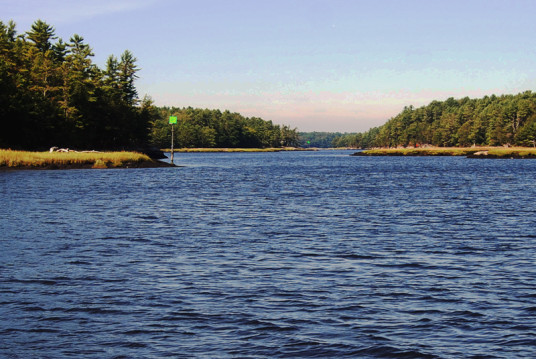 The river has two “Hell Gates”: a lower one about a half mile up river from Robinhood Cove and an upper one just up from Hokomock Bay. There’s no sailing to be done there so we motored all the way through the gates where there are two bridges. 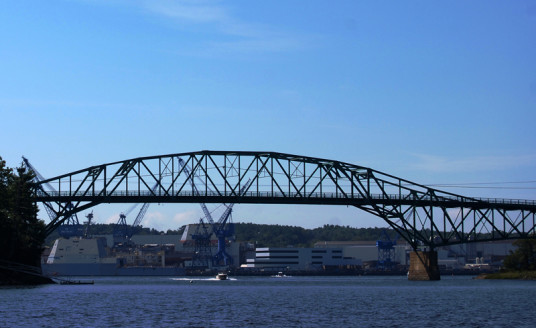 This one leading into the Kennebec River. 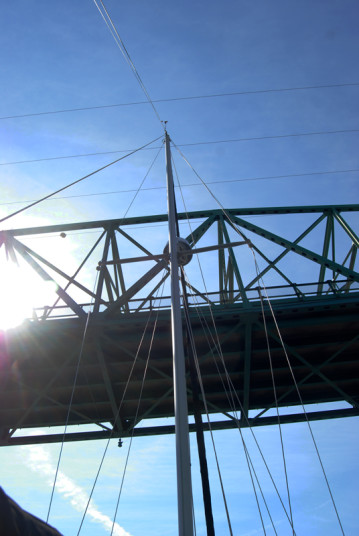 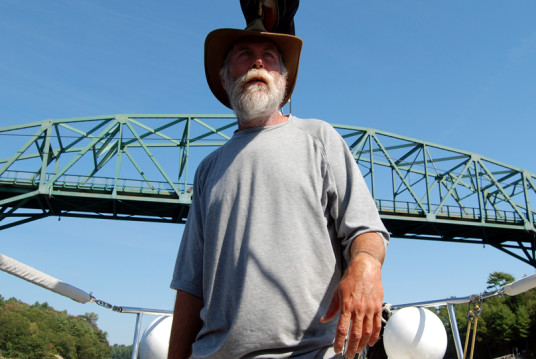 …And this one leading into Bath, Me. 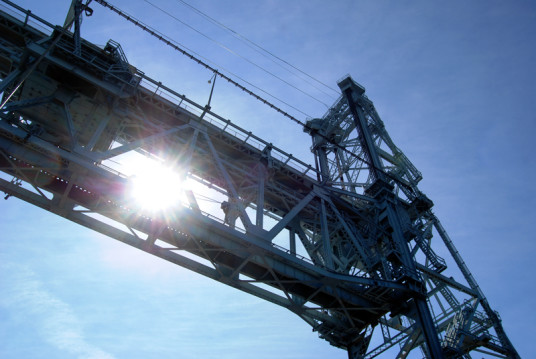 We were lucky, on the way in the train bridge was open so we didn’t have to call for an opening. 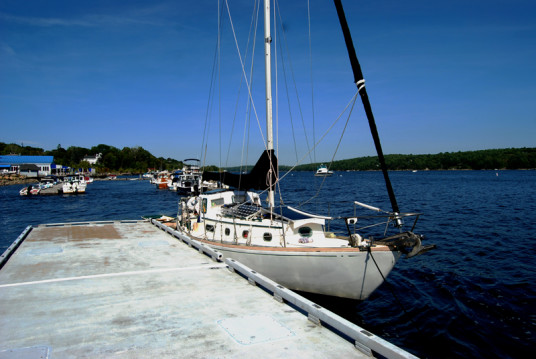 We spent two days on the free town dock in Bath doing our epic walks, discovering Bath’s cool book stores and talking to quite a few of the locals who stopped by the boat for a chat. Another instance of our strange serendipity, a guy walked into the bookstore as we were browsing and asked for a copy of Infinite Jest, which the book store didn’t have, but we did. Since we originally got the book free ourselves (a laundry room book trade score), it was obvious what needed to happen. Gift time!

On one of our walks we met a guy who showed us a project that he and about 50 other volunteers are working on right down town. 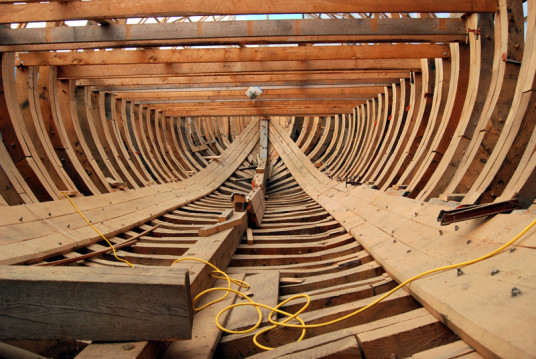 It’s a beautiful reproduction of a 15th century sailing ship called the Virginia. 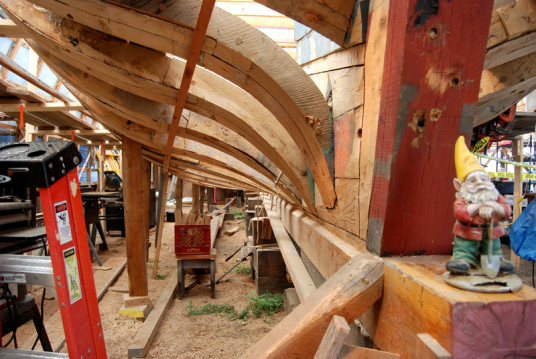 The project is really moving along and he told us that they should be able to launch her in the summer of 2016!

By noon this past Monday we were underway again after a call to the bridge tender for an opening. Unlike some bridge tenders we’ve talked to in the past this person was very nice and had the bridge open for us long before we passed under, which was a good thing to because we were on an ebb tide and racing down the Kennebec at an average of about 6.5 knots, blowing by the lighthouses as we chugged along under power and sail. 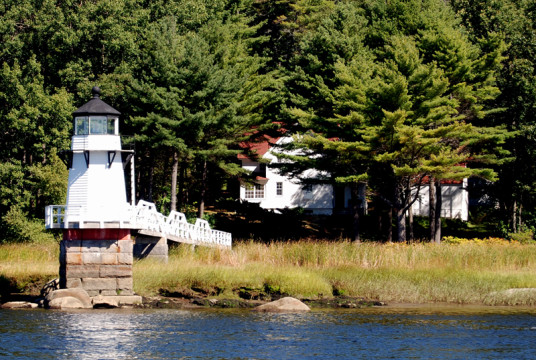 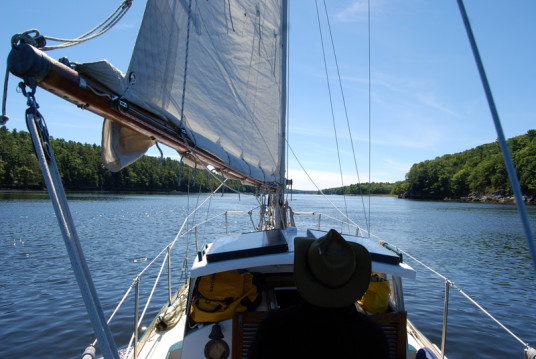 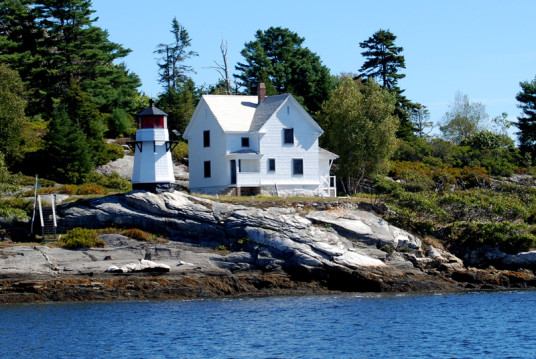 And each light not only has a different light sequence but a each one is dressed up to reflect the community it protects. 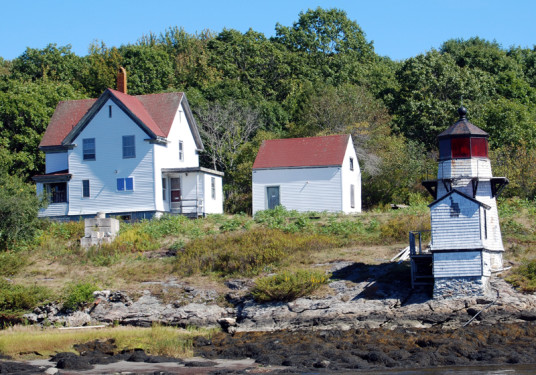 Most of the Kennebec River lights are still functional so they’re in pretty good shape. It’s not until you get into open water that you start seeing the old lights that nobody cares about anymore. 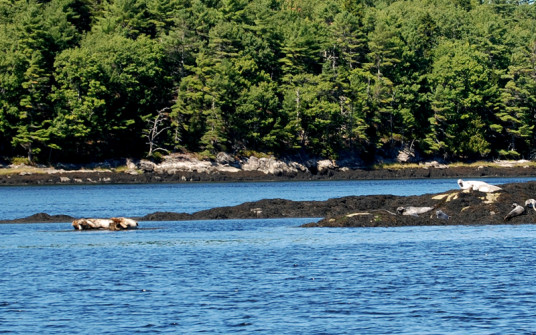 Those are seals sunning on a kelp covered beach. 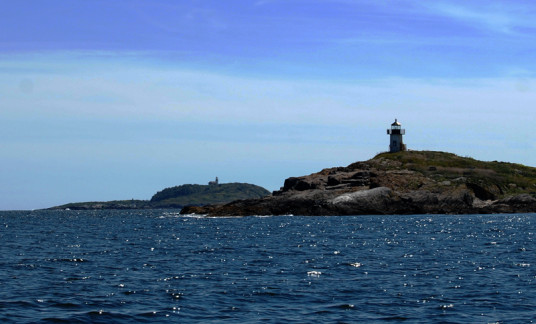 Finally as we washed out of the Kennebec delta, the Pond Island light showed us the way out to the Casco Bay… BTW the lighthouse in the background, that’s my lighthouse, Seguin Light! 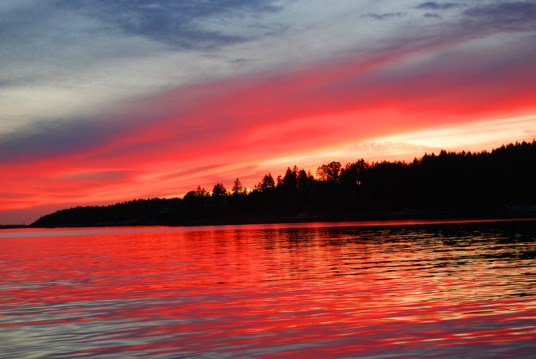 After a long day of racing down river at break-neck speeds we slowly sailed into Small Point Harbor, put the hook down in 14 feet of sand that held us tight for a good night’s sleep. (Can you tell this is important to us?)

We sailed on light but steady winds the next day to a snug little cove on the east side of Bailey Island. We were out of bread so we “Epic-Walked” to the closest general store for a loaf and by the time we got back to the boat we were, once again, beat from another day’s adventure. 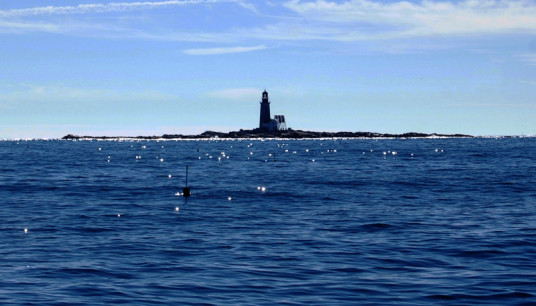 We opted to take the offshore route to Portland the following day because the weather was promising light winds in the morning diminishing to a dead calm by the early afternoon.

Well, we did get some sailing in, I mean, we sailed off the hook and out of the Bailey Island anchorage but unfortunately we had both sails struck by 0900. 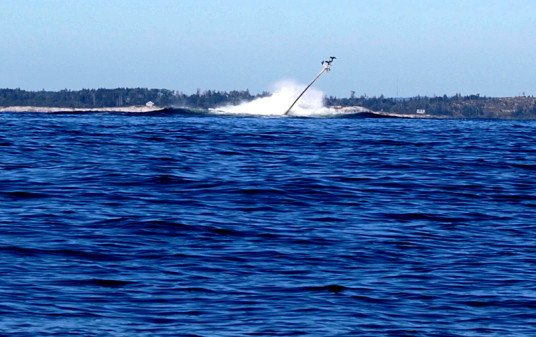 …The sights were nothing short of spectacular… 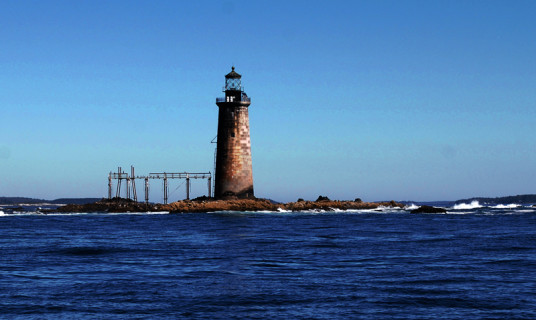 …But it was a slow motor-slog all the way into our old haunts on the free dock in South Portland, which isn’t what it used to be. There’s a sailing club that uses half the dock and a couple derelict boats just sitting around. We squeezed onto the very end, in the last open spot, and…walked.