We spent this summer aboard, as we do, while the world was coming apart at its logical seams. In 2012, when we took off on our big adventures,  my (James’) teeth started really hurting. All of a sudden it’s been 4 years, I’ve lost 4 teeth, and every time I get rid of one, another one starts hurting. All of my meals for the last 4 years have been focused on not-hurting, as opposed to enjoying. It sucks!!

We got a quote of $25k to fix me in Groton, 3 years ago, that came with a bunch of loan paperwork and a “sign right here”. There was another quote that ranged between $27-35k, depending on severity. There was no way to fix this problem without selling my soul to the American medical-industrial complex.

Problem-solving for this, we had a brain-gasm for what we should do with our winter.

“Shit, we might as well just go back to India.” Where we know the quality of health care is amazing, where the costs are much lower, where we have friends and eat the best food on earth and write and soak in the joy of being in India.

This sudden attack of logic was not only a rare event this past summer in this country, it also came at a time when we were enduring, once again, the hottest temperatures in the history of humans on the planet Earth. And we were feeling it!

And we were completely rebuilding the electrical system on our boat, because we’d just gotten a whole bunch of new toys.

And we were working.

And we were planning a new book.

So I (Dena) got online and focused. I found airfare discounters, I found Indian dentists, I researched implants and looked at train tickets and made multiple budgets and the plans slowly, slowly took shape.

Flying to Europe first was the best deal. We have plane tickets for DC to Zurich, Zurich to Mumbai.

The Netravati train runs along the coastline most of the way from Mumbai and has the best food service in the IRCTC system. We have train tickets for Mumbai to Trivandrum.

Prakash, a friend I made on the last trip, has an apartment and a generous spirit. We have a place to live for 4 months.

Now we just need to pick a dentist.

Except that we’re still in Baltimore. All of that travel is ahead of us and there’s no way to make it go faster. 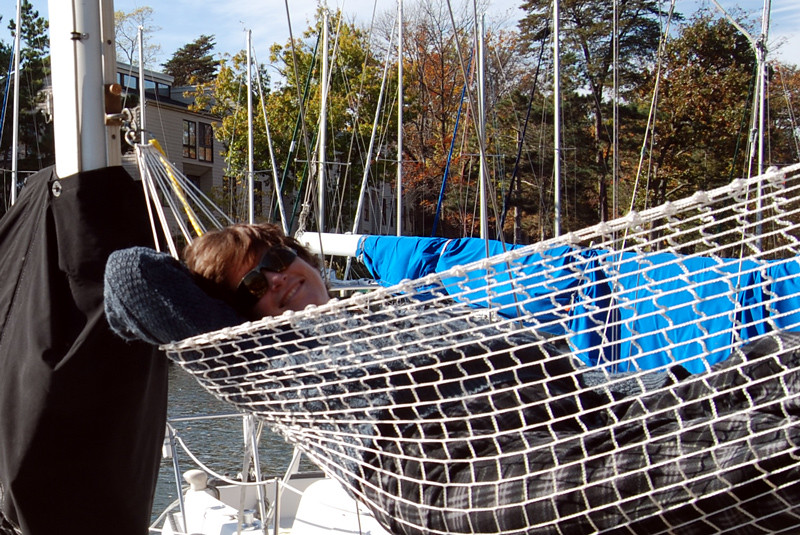 Of course, before you step onto a roller coaster, you have to wait in line. 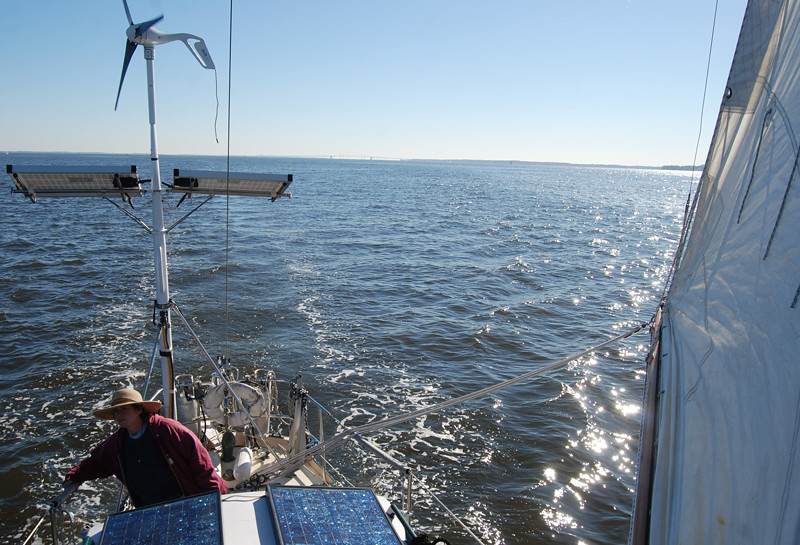 Our sail from Annapolis to Baltimore was representative of all the sailing we did this summer. Though this is the time of year for nor’easters in the Chesapeake Bay, the rare SW wind that blew in on Sunday countered the foul current just enough to make for an enjoyable ride all the way into Baltimore Harbor. 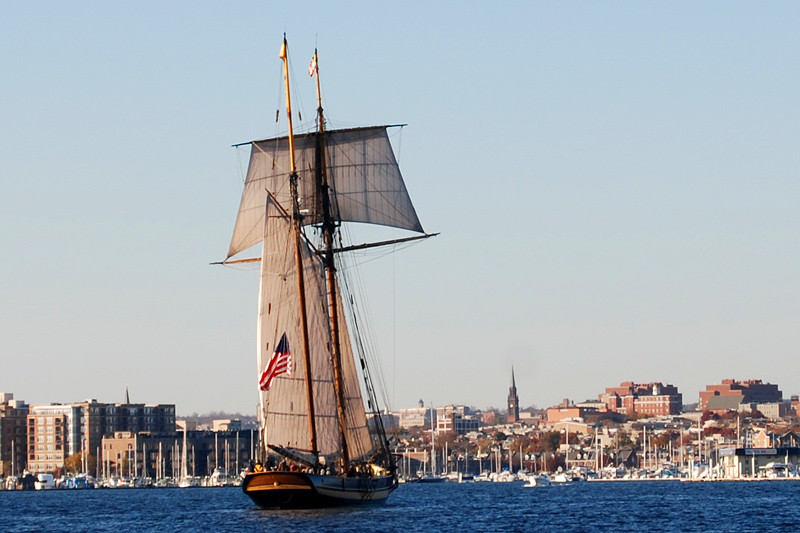 After taking care of all of our last-minute business, the only things left to do were haul the boat and get on a plane.

I (James) called the marina where we were going to haul the boat and, finally, got a hold of the dude that…I guess…takes care of the reservations and hauling-out. I just wanted to confirm that we were hauling out first thing in the morning Tuesday and he immediately unloaded on me about his trials and tribulations over the last week because of the super-moon’s extraordinary low tide. Then he said he had to push all haulouts back a day and before I even got to question the situation, he said if I didn’t like it, I could take my business elsewhere. Then he hung up on me.

I (Dena) had emailed him 3 months ago and again a week ago and left a message that same morning, so I called him back to…question…his manners, a conversation that went as smoothly as that ever does.

Then we discovered that someone untied one of the lines holding the dinghy and it had wedged itself under the pier. We couldn’t even reach it, let alone work it loose, so I stripped off my jeans and went into Baltimore Harbor up to my crotch, wearing nothing but Smartwool and shoes.

I was so happy to get aboard and wash Baltimore out of my cunt. 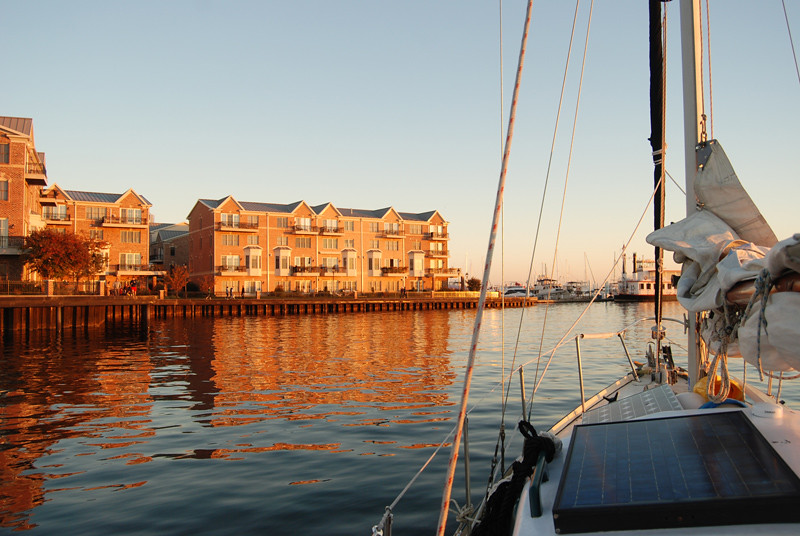 While I scrubbed tender places, James and I tagged teamed the process of figuring out in a single afternoon what we were going to do with the boat over the entire winter that is forecasted to be a humdinger.

After juggling phones and computers and freaking out on the issue for an hour and a half, we opted for Plan B. Sail back to Annapolis from Baltimore, back to Watergate Pointe Marina, and winterize the boat. We haven’t been sober except while working since 26% of the eligible voters picked a new president, so there might have been more freaking out than usual. The best medicine? Another sail. 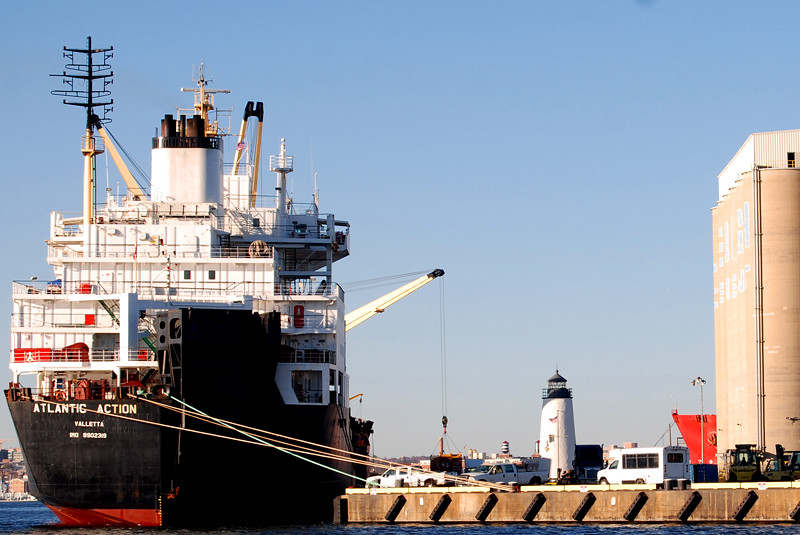 Out of B’more and back to Naptown with favorable winds and currents. What took 7 hours to get north took 4 hours going south.

We’re still liveaboards, still sailors. We’re just going to go live somewhere else for a while and let all you fuckers take care of this political mess. 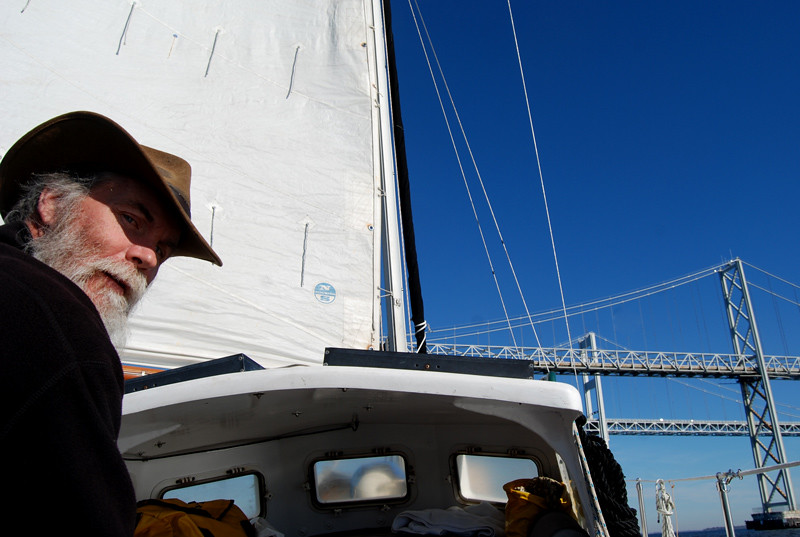