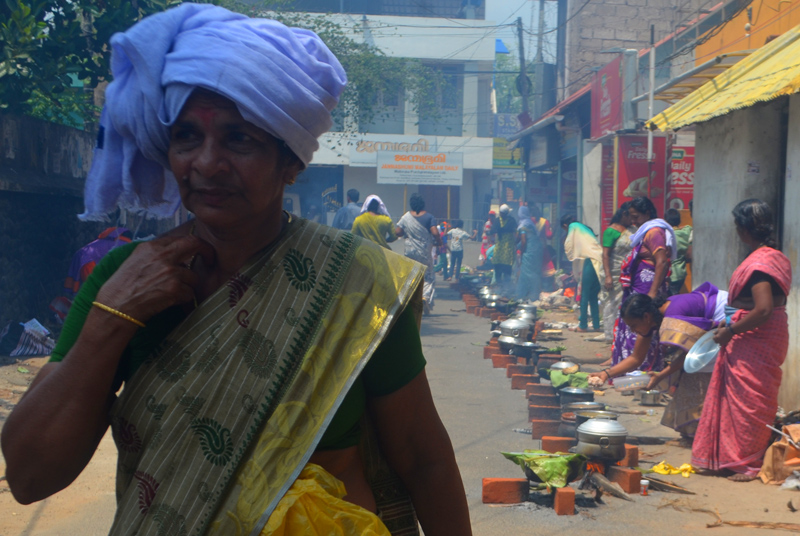 I was riding my bike not long after 8 in the morning on the 11th, heading into town for Attukal Pongal. When an event is the record holder for the most women gathered in one place – and the number is up to 4 million at this point – one would expect traffic to be a mess. Like most sporting events, though, people trickle in and pour out, so the ride in was a cake-walk. 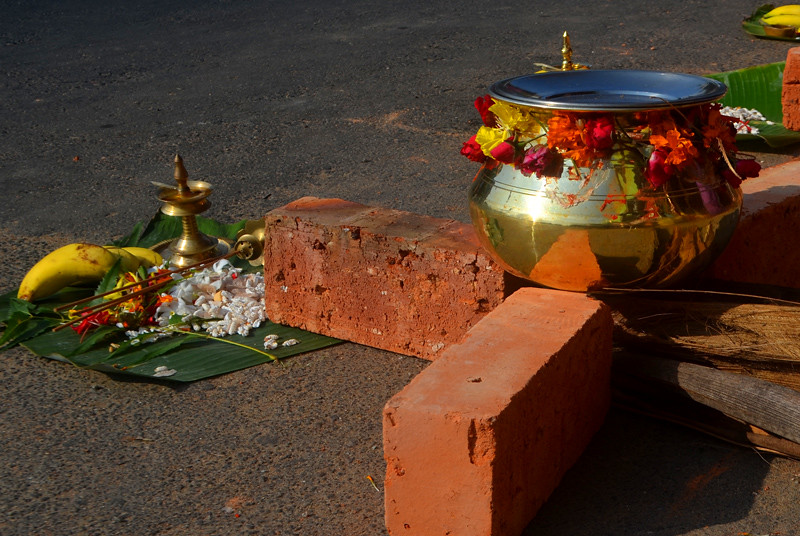 If by cake, you mean millions of women sticking to the shade but ready for some sacred fire, and by walk, you mean rolling through among a half-dozen other kinds of traffic.

Gopikrishna is Maya’s son and took most of the photos in this post. Here’s the photographer at work. 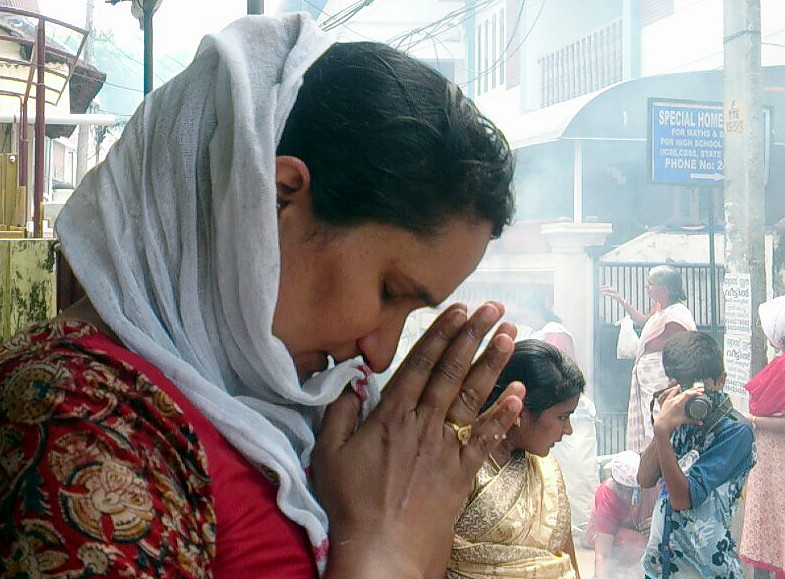 That’s Maya in the foreground, Sangeetha in the middle ground, and Gopikrishna in the background.

He asked to see the camera, I showed him a couple basics, and he was off! When I say off, I mean I looked around and I couldn’t find him. As you see, though, he was doing great work in the meantime. 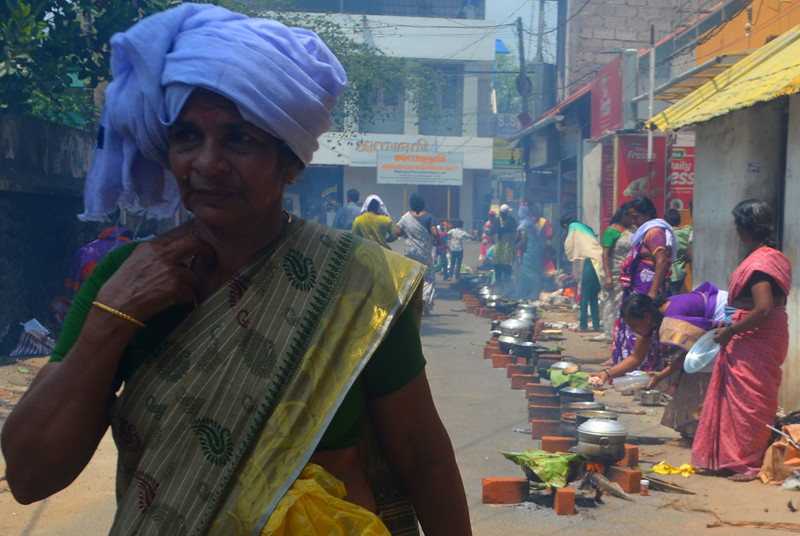 Pongala is a ceremony wherein I set up a pot of water on three bricks (or would have, but Maya beat me to it), put some coconut palm fronds underneath, and wait for the temple fire to make its way to me. The temple has an eternal flame, and every one of the 4 million fires was lit from that flame.

The fronds are folded in half and allowed to stick out, then pushed in a little at a time as they burn down. Maya, middle, and Naishnavi mess around while I get ready to burn! 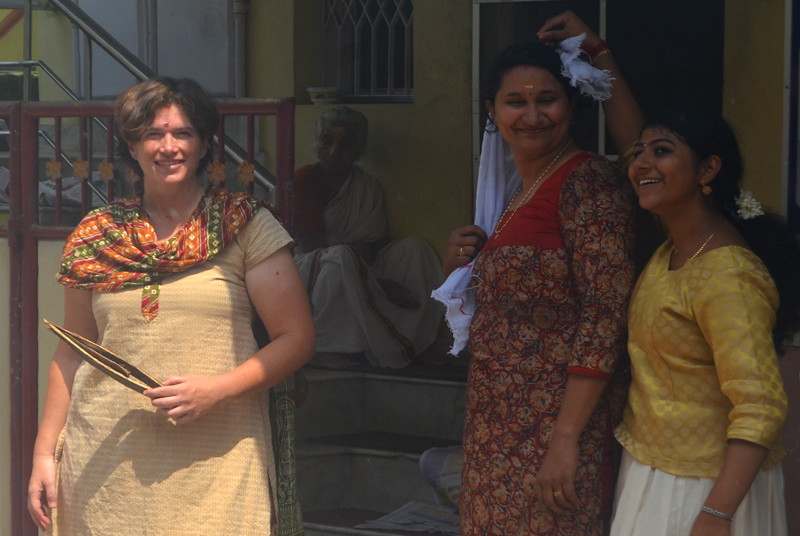 I ended up with sore thighs from doing hundreds of deep knee bends. 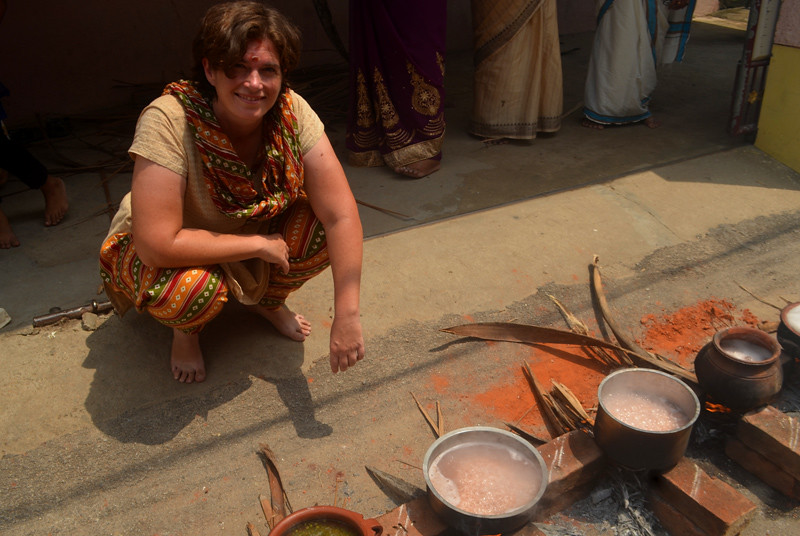 The fire also creates a decent amount of smoke…times 4 million. 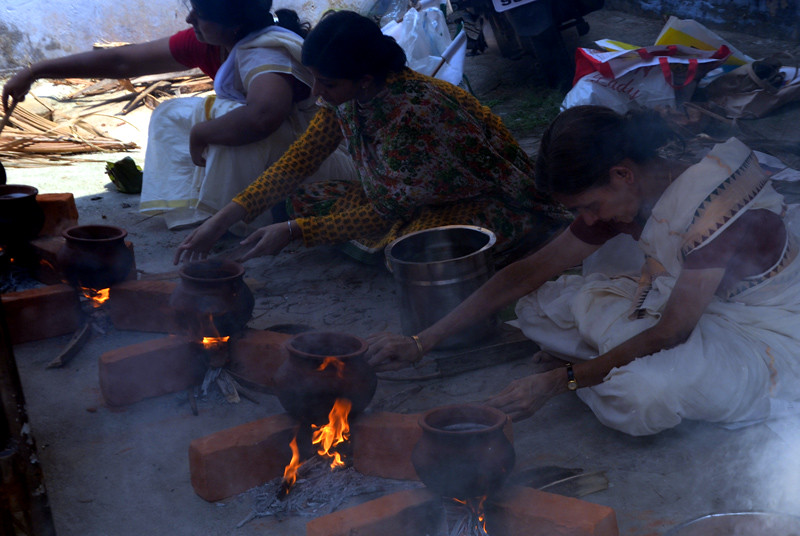 Once the water boils, I put in the rice, circling the pot three times with each handful. 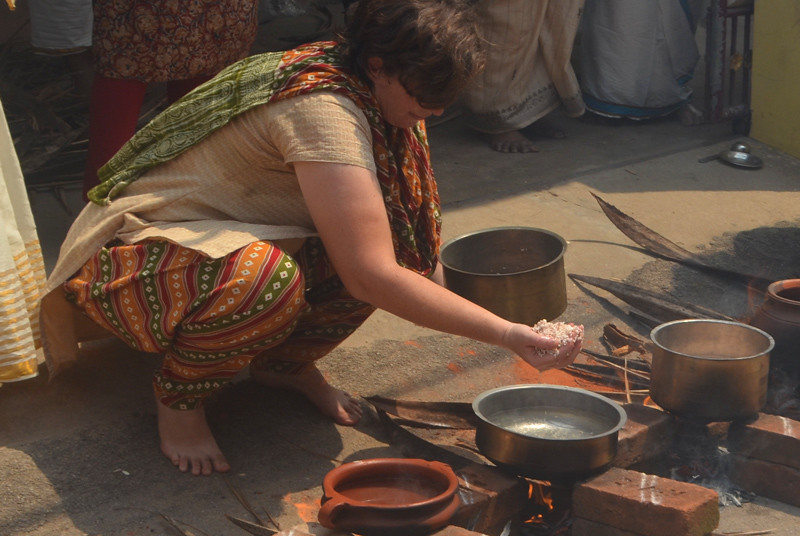 Then I waited for the froth. 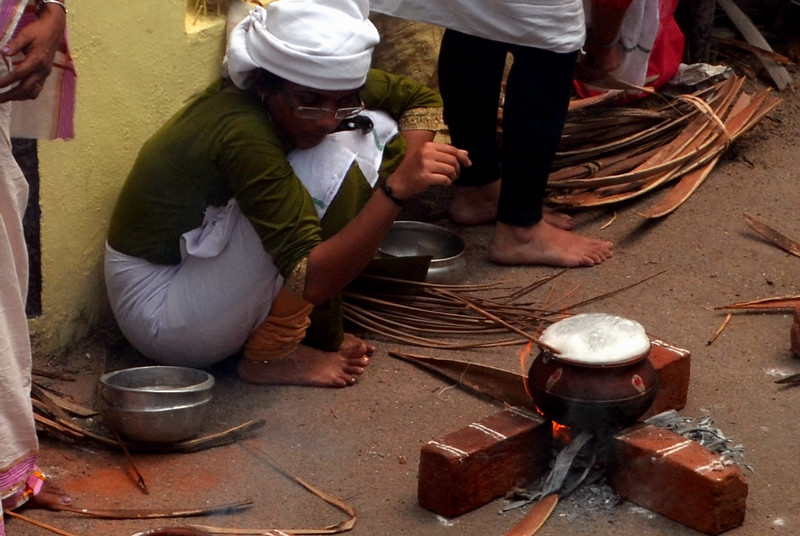 When the pot boils over or at least froths up heavily, women all around ululate. 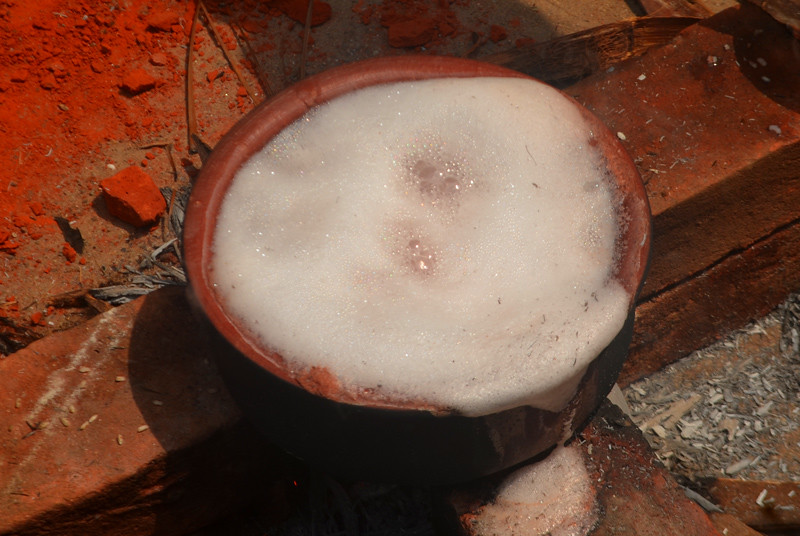 That’s when a believer will pray for what they want over the next year. 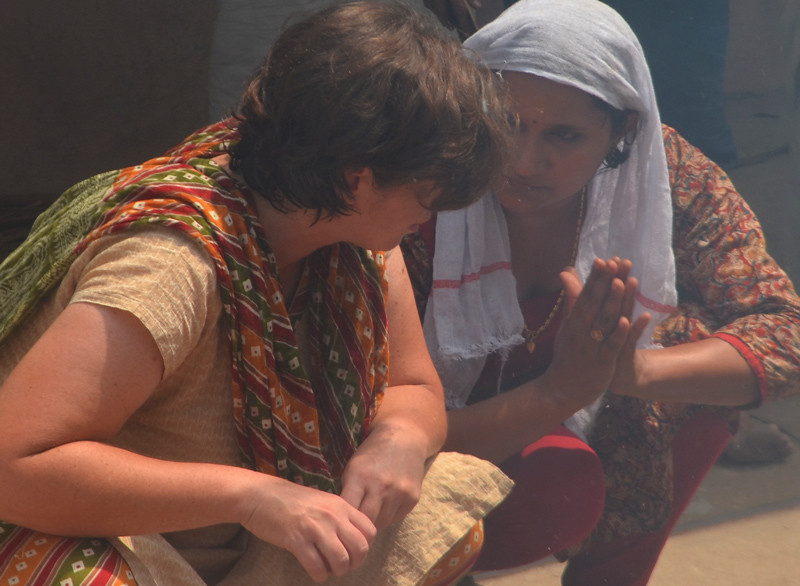 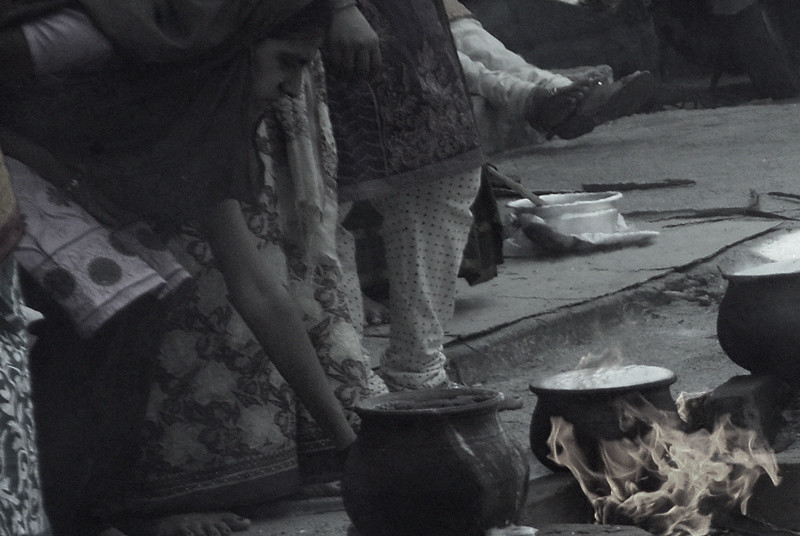 These women are no fools. They stuck to the shade wherever possible. 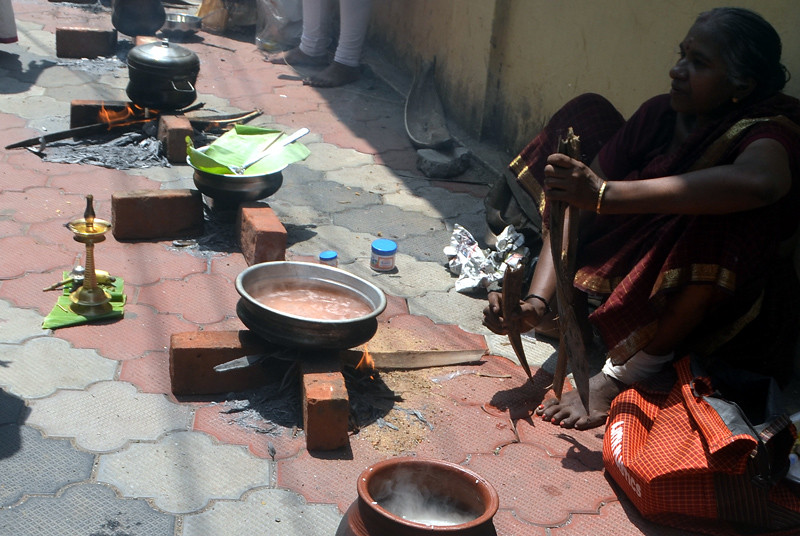 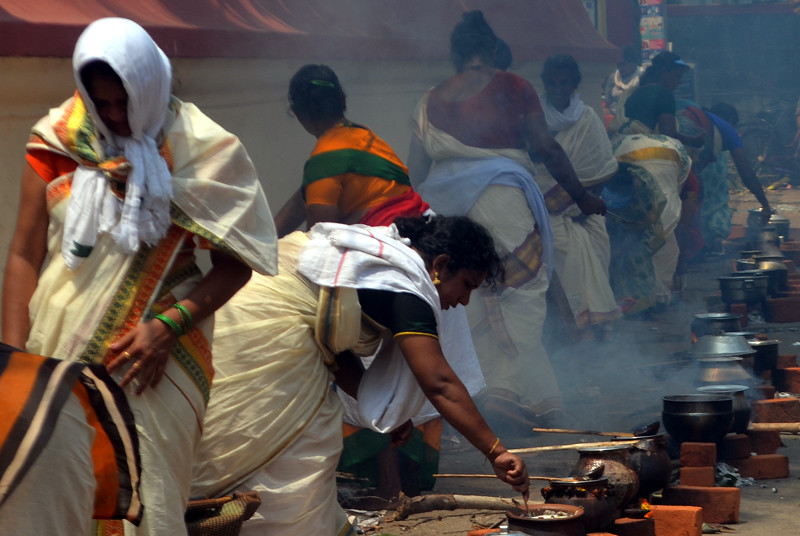 Gopikrishna went all over getting these photos. 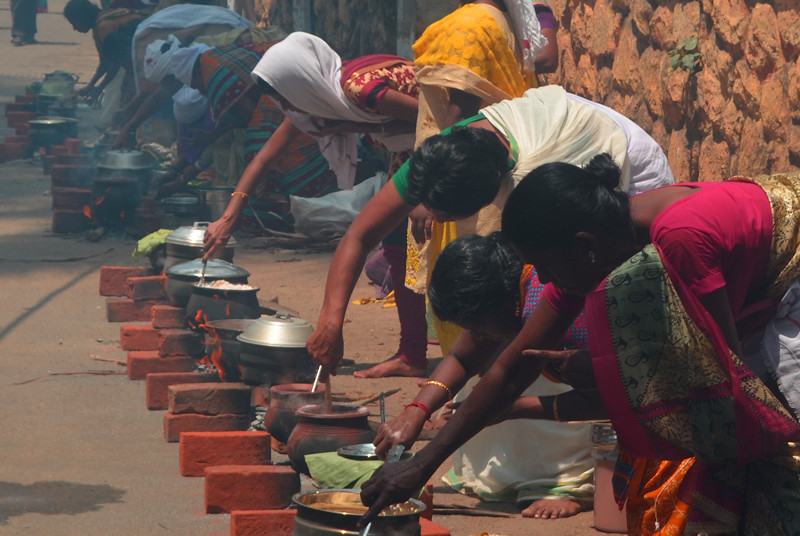 There were hundreds of these little clay pot setups. 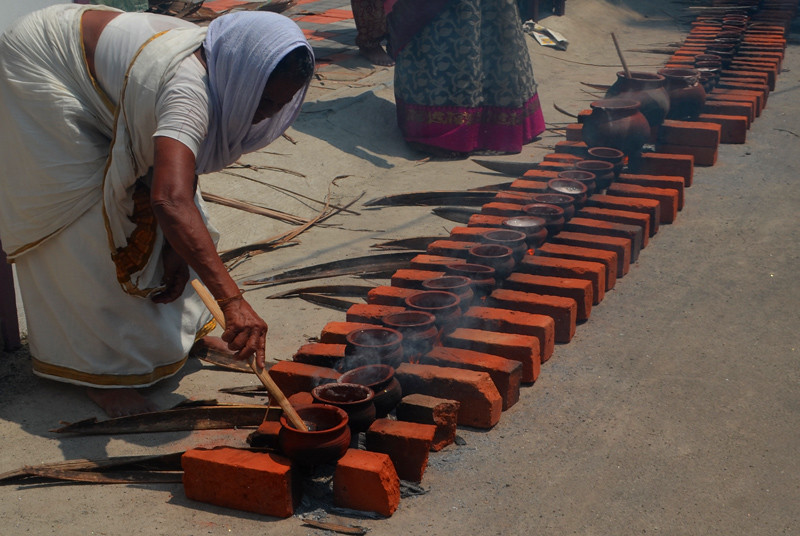 We also made other things to go with the pongal. I think this is called kadai. 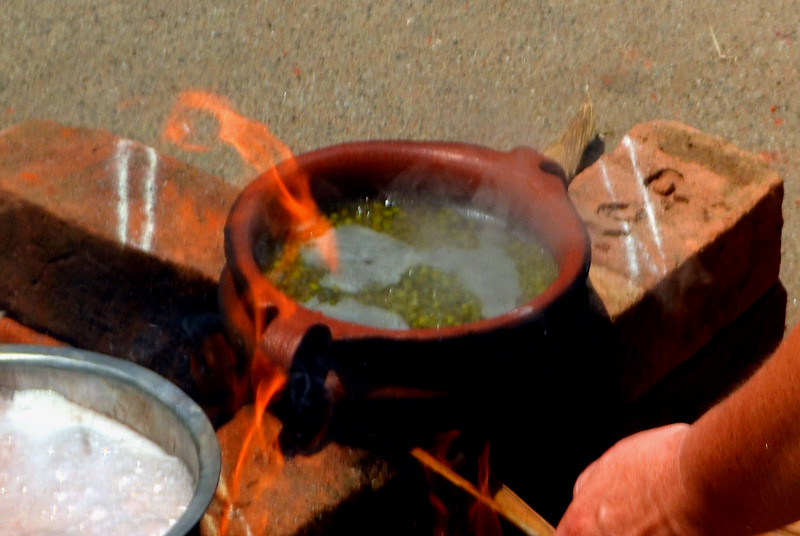 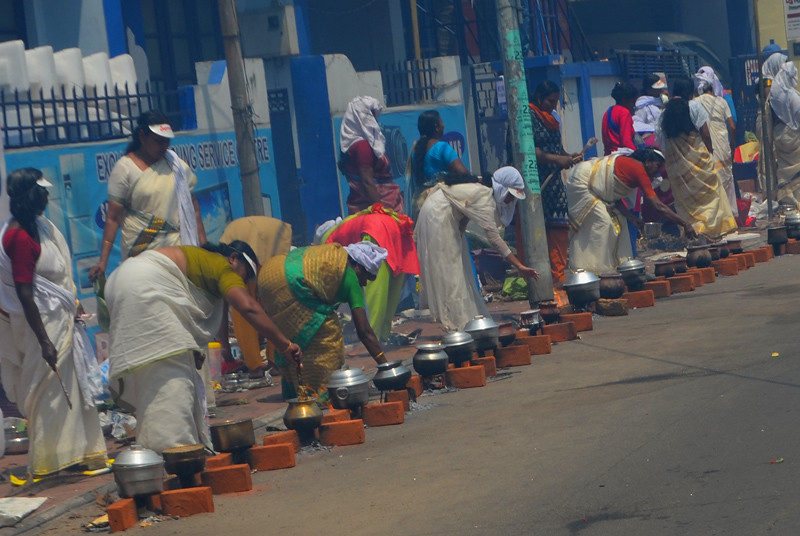 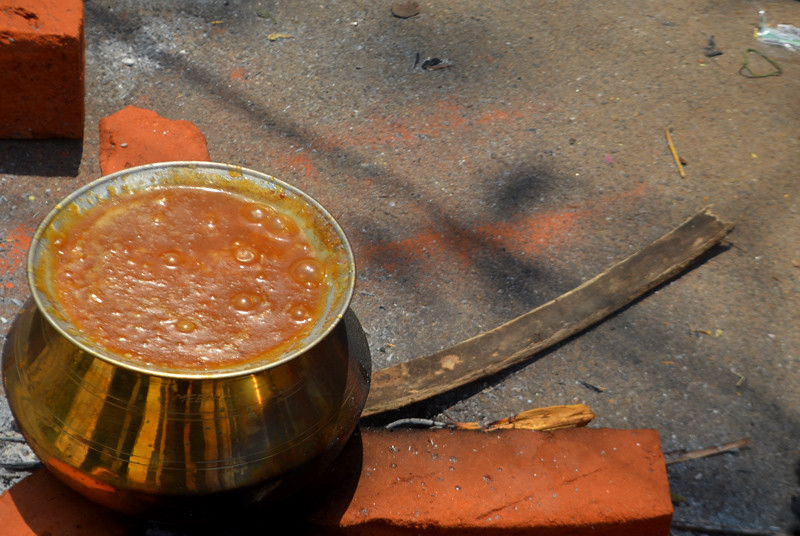 The family who hosted me were incredibly nice. I fell in love with the Amma of the bunch, Shamala. What a lovely woman! 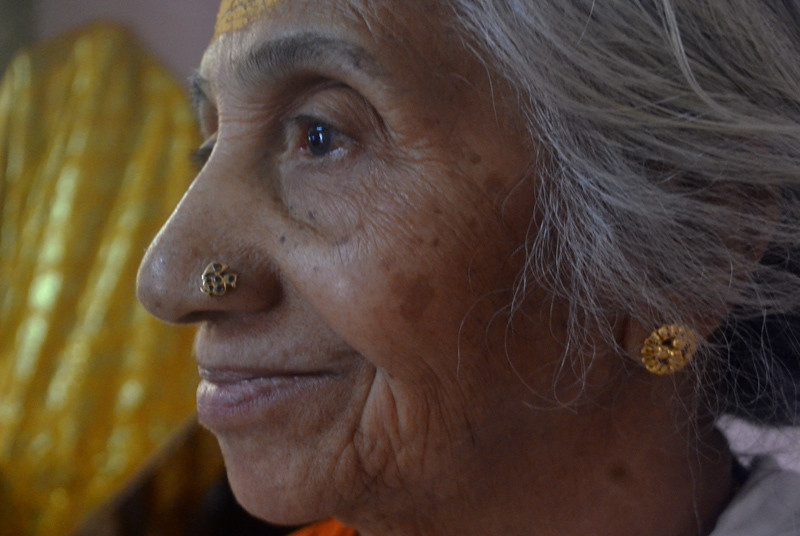 She isn’t certain how old her wedding photo is – at least 45 years. 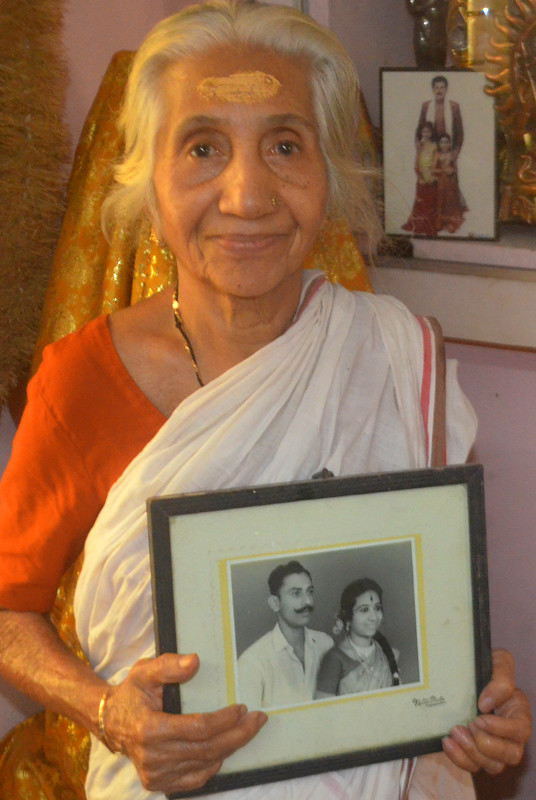 I got a bit confused over who’s related to whom in what ways, partly because my friend Maya says this other woman is her sister/cousin and calls her Maya Chechi. If you were reading before, you’ll know that means something like big sister but doesn’t necessarily connote shared ancestry, let alone shared parents. 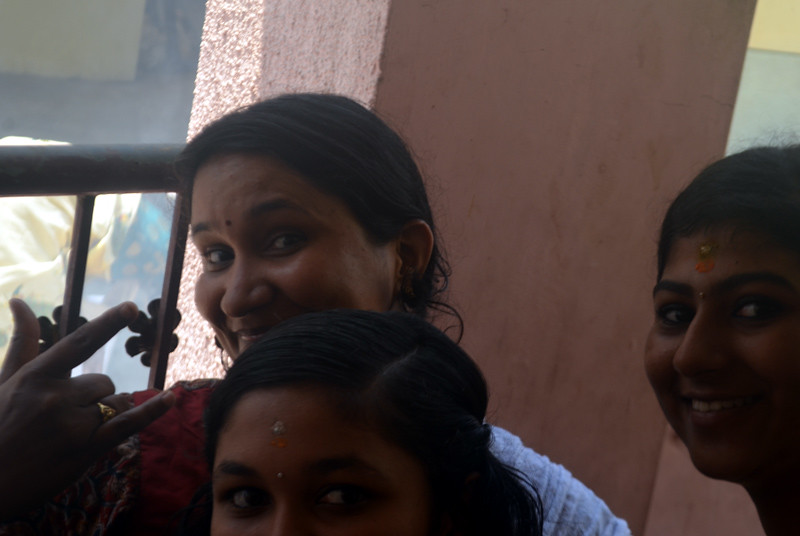 This is my original friend Maya and her sister/cousin Maya along with Naishnavi, who is Maya Chechi’s daughter if I’m not mistaken (though I easily could be). 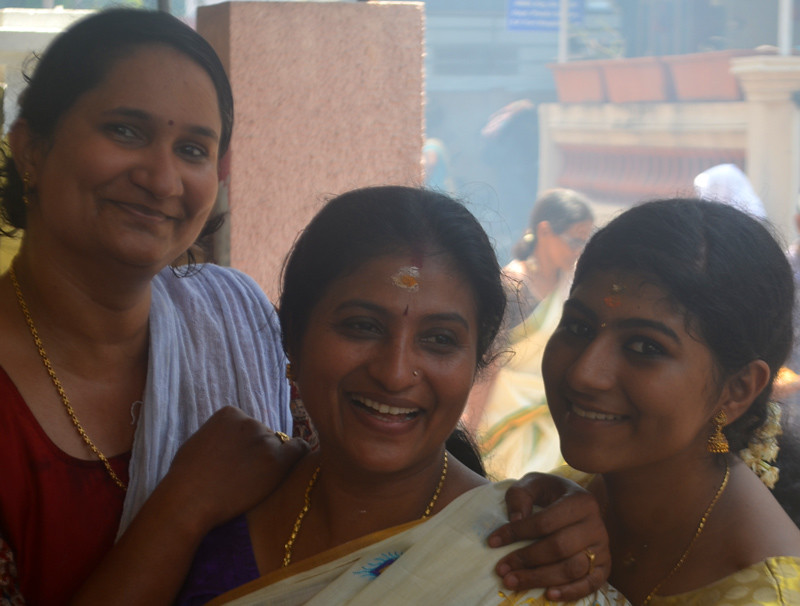 I think, but don’t quote me, that Maya (top) and Naishnavi (right) are family. Nandana (left) and Neeraja (bottom) are sisters. And maybe all are related, but maybe they’re just neighbors! 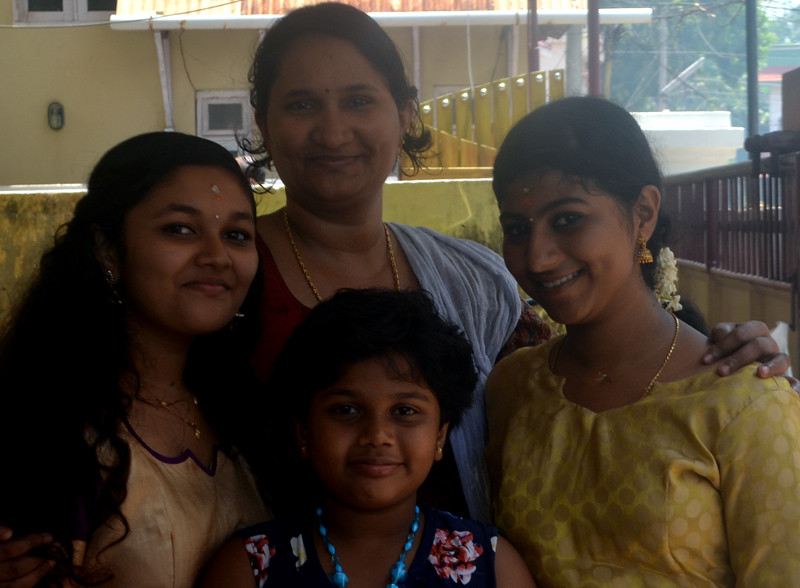 As usual, being an unbeliever in a sea of belief created no tension, partly because no one brought it up!