After Mile Hammock Bay and the welcoming (automatic) arms of the US Marine Corp, we beat feet for a safe spot to sit out a two-day blow.

Walked to a very cool place… 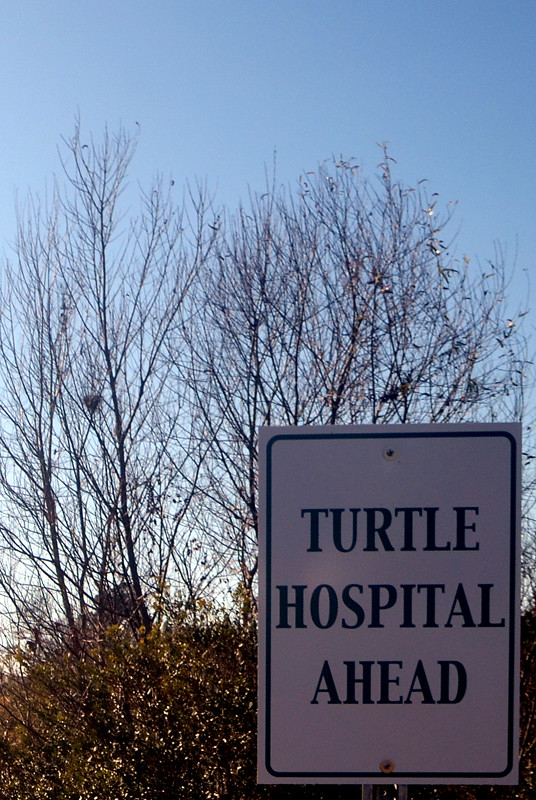 Where we met Sawyer. 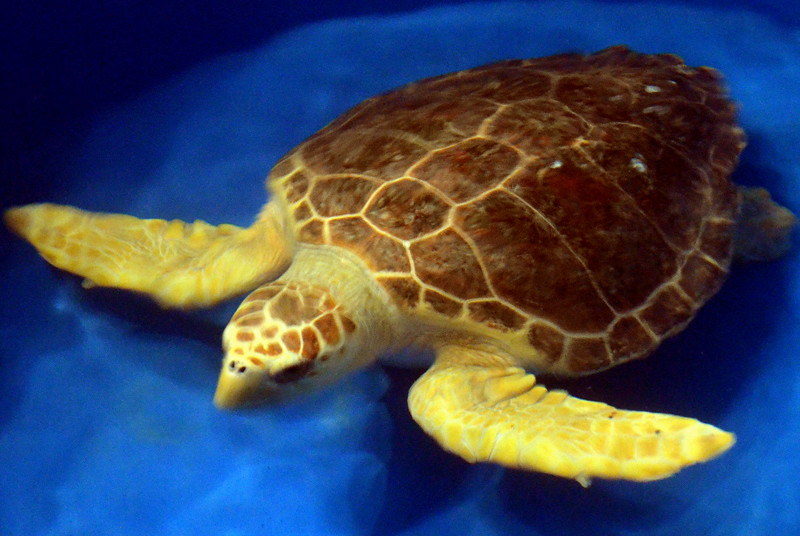 We know he’s healthy by the thickness of his neck. They also gather barnacles when they get too lethargic…it’s called cold-stunning and lots of turtle that get stuck too far north, or that get blown out of the Gulf Stream by bad weather, find themselves on beaches in sad condition. Sawyer was one of those, found on Cape Cod and flown by a volunteer pilot down to Surf City, NC…no joke. That’s the town’s name.

At Wrightsville Beach, we got some projects done while waiting for the big day. 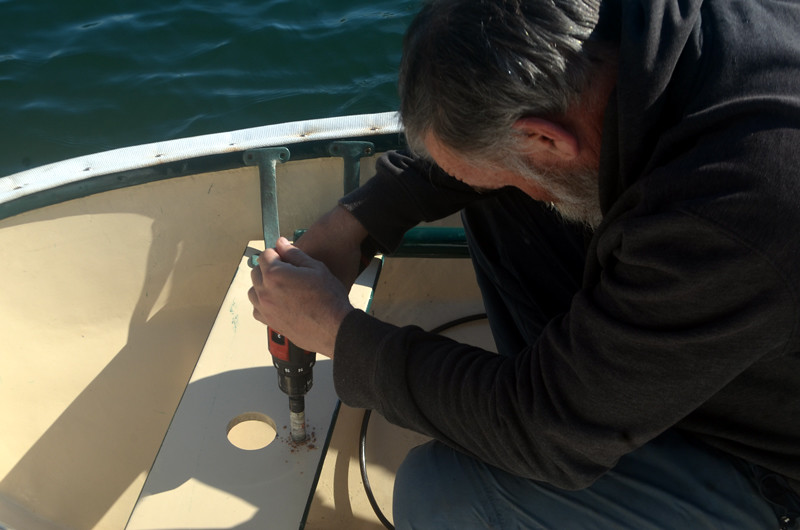 A soft-core security system for the dinghy… 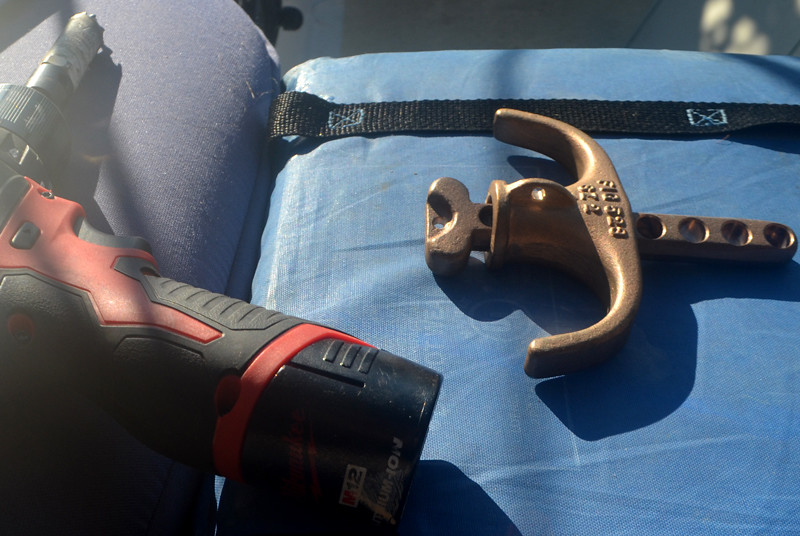 Which works by keeping the oars both in the way and impossible to use. 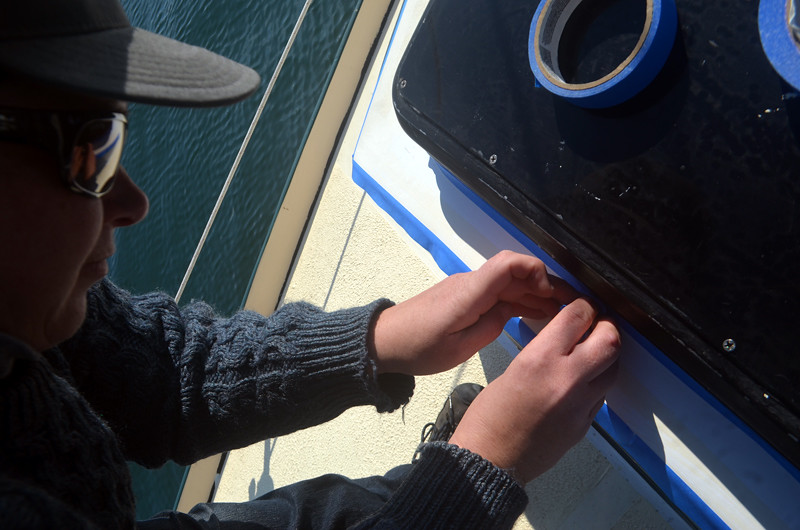 Always with the painting, though this was much-needed non-skid and exciting to complete before (we thought) going offshore. 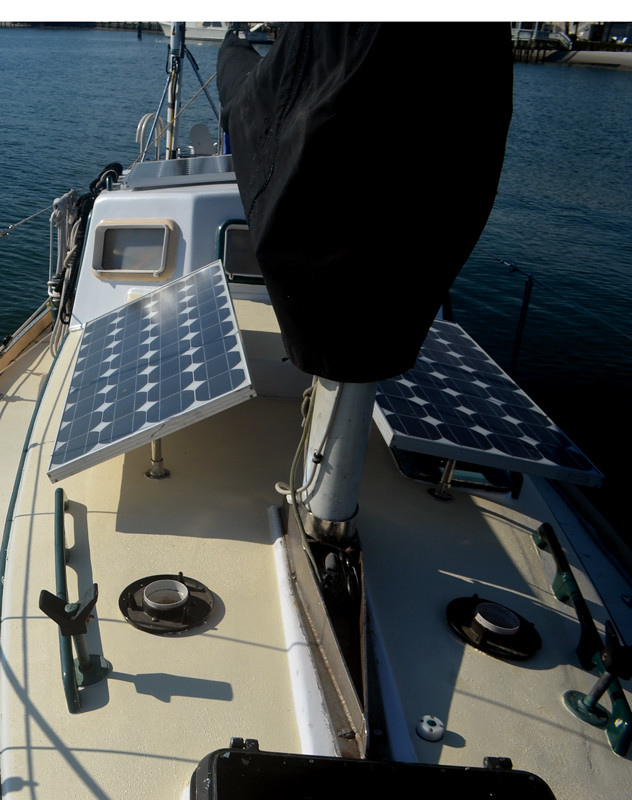 And of course, some chillin. 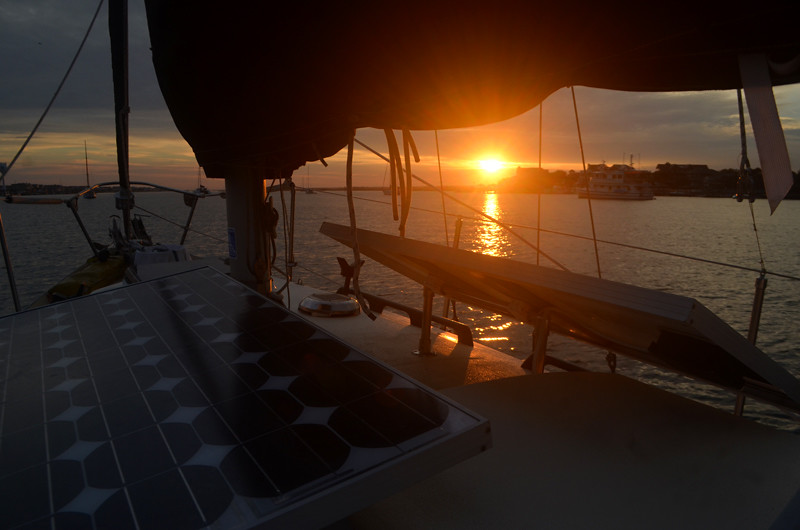 We kind of fucked ourselves by not getting fuel when heading into the Wrightsville Beach anchorage before dropping the hook, renting a car and driving to New York City for Dena’s reading at the KGB Bar, which she rocked BTW!!! 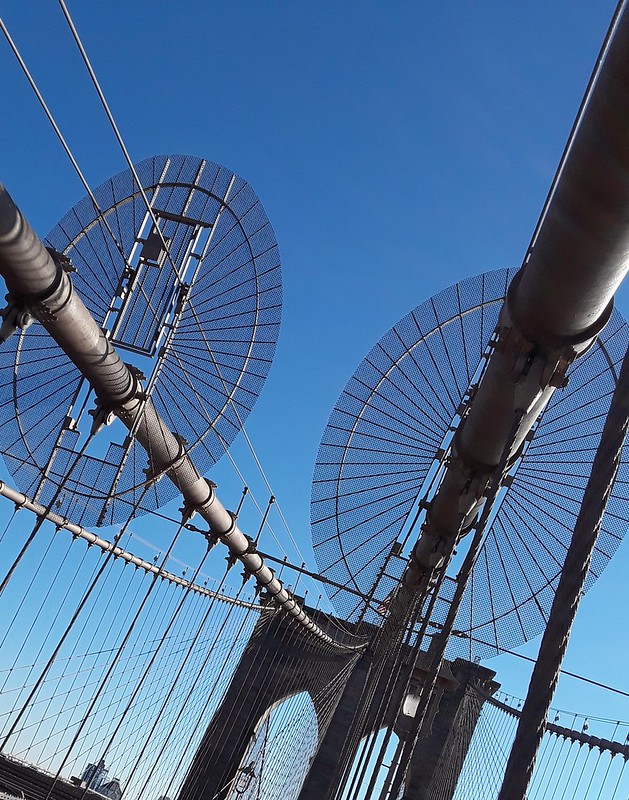 How did we fuck ourselves, you may ask.

We got back from the city, provisioned up and discovered it was freaking Sunday, xmas eve, guaranteed that fuel dock with the nice warm showers was not going to be open, no way.
It wasn’t so we sailed to Southport on a fair current and anchored in our favorite gunk hole in the middle of town. 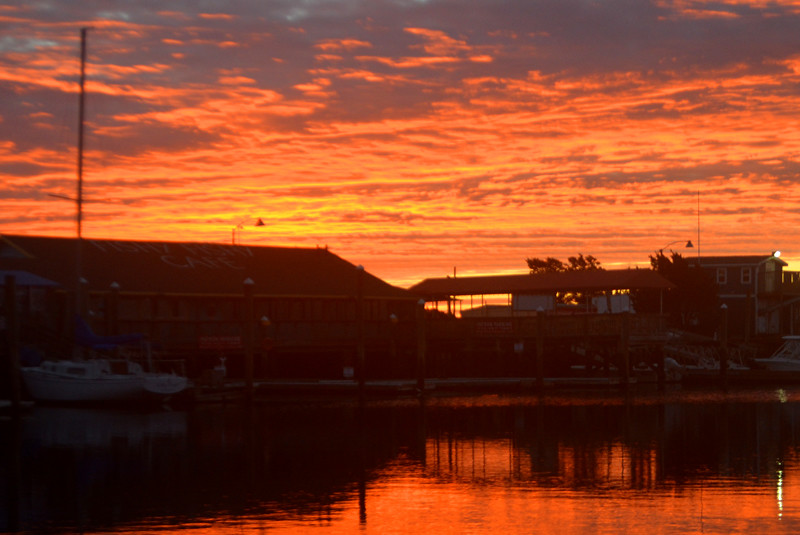 And the weather window closed. We’ve been motoring more west than south through the last of North and the beginning of South Carolina and yes, it’s been weird. 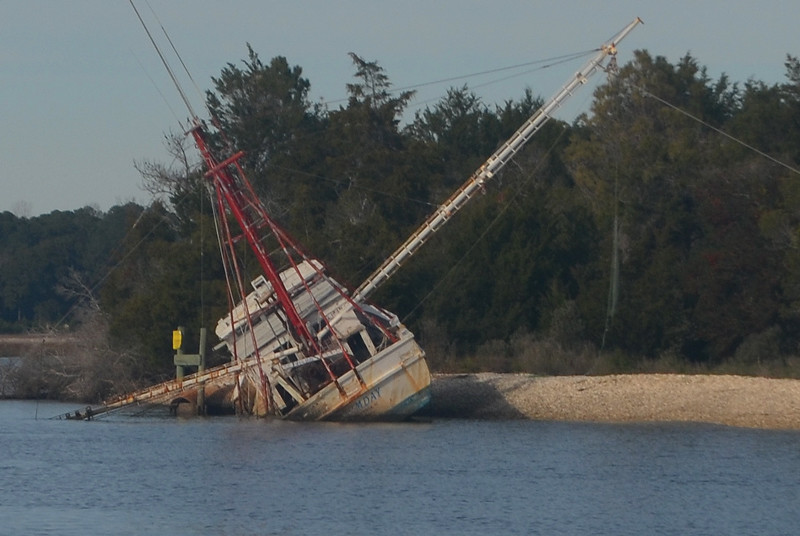 Just around that corner, above, is Millikin Cove on Calabash Creek, just across the ICW from the Little River Inlet. We sat there a full day, waiting out some dreadful weather, and then most of the next morning, waiting out some more…sleet, cold, fuck!

And then our prize for bucking the fuck up and getting out there? A large, creepy swath of the Myrtle Beach area. 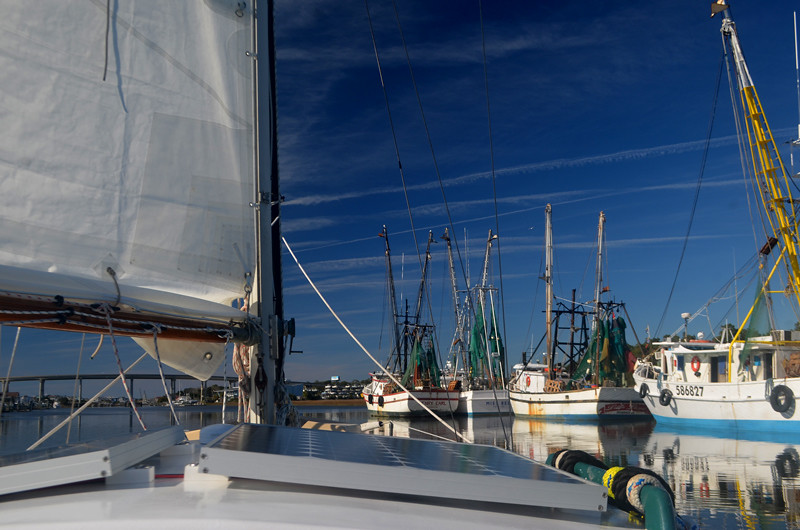 The shrimpers seem to be the only people around, though they do seem to have a hard time following the basic boating rules: mast up, keel down, water out, people in! The North Carolina ICW palaces gave way to the South Carolina ICW villas with little or no circumstance and I have to say, I have no preference either way. They’re both just fugly!

On the other hand, the SC glut of golf courses has created a monster of a land cut, ripe brown from all the lawn food and green dye used so that the styrofoam mansions can preen about their toxic waterfalls. 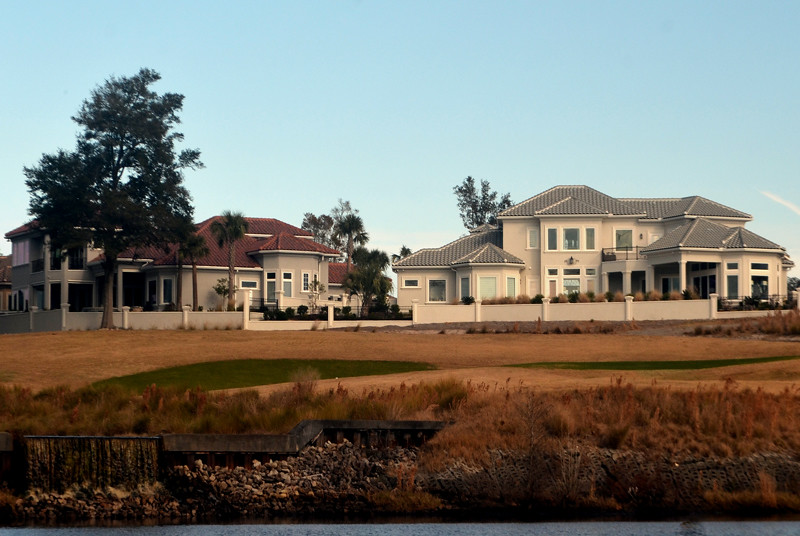 We passed them all, though, and entered the Waccamaw River. When the McMansions petered out, they were replaced by respectable homes and then finally, by this. 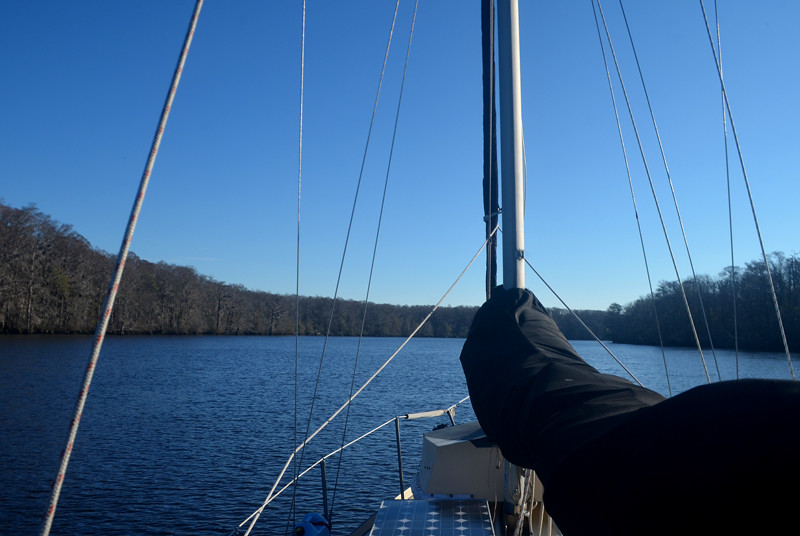 Today was largely warmish, mostly sunny, and the turn to the natural in our surroundings bolstered our moods. When we arrived at Cow House Creek (yes, really) and made to anchor, someone had gotten there before us! 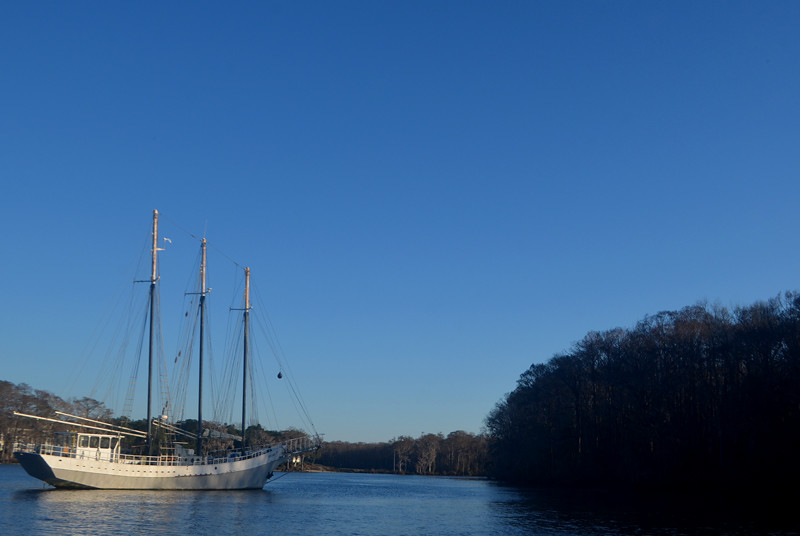 If we have to have neighbors, a 103′ steel Colvin schooner makes for a lovely late afternoon settling in.