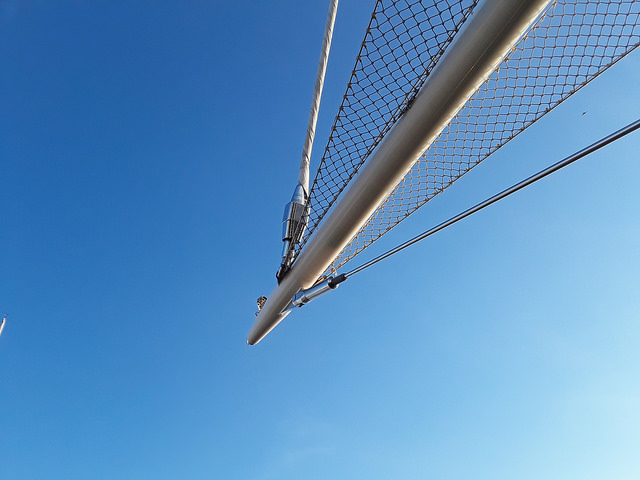 Watching the forecast, we knew we were in for some cold days and precipitation. When we left Cow House Cove and the schooner SteelAway, we were heading for, as usual on this trip, more propane. 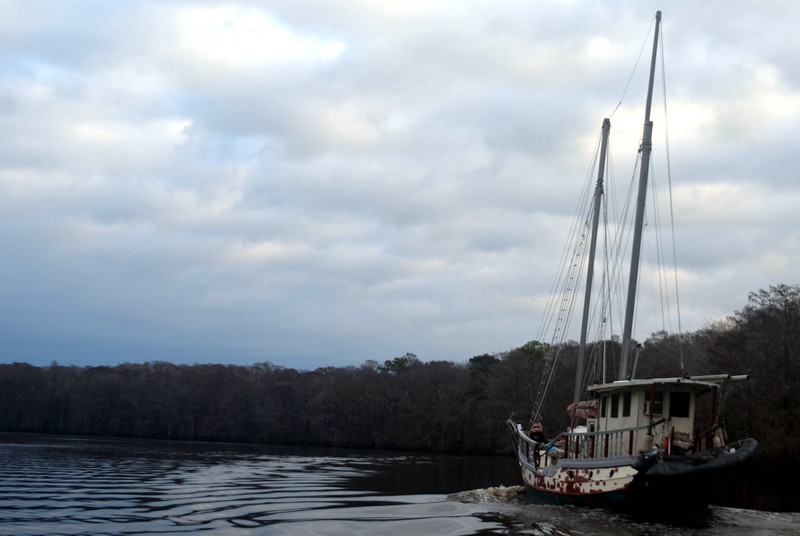 The schooner Escargot, heading north up the Waccamaw River, provided some mild confusion. I (Dena) mean really, why go north when the weather says snow?

That day took us through the pulp-mill smell of Georgetown on the ebb and through the shallows between there and the South Santee River at low tide. The water was almost blood-red with billowing plumes of thick silty-mud reminding us to do some preventative maintenance in the morning, such as cleaning the raw-water-intake. 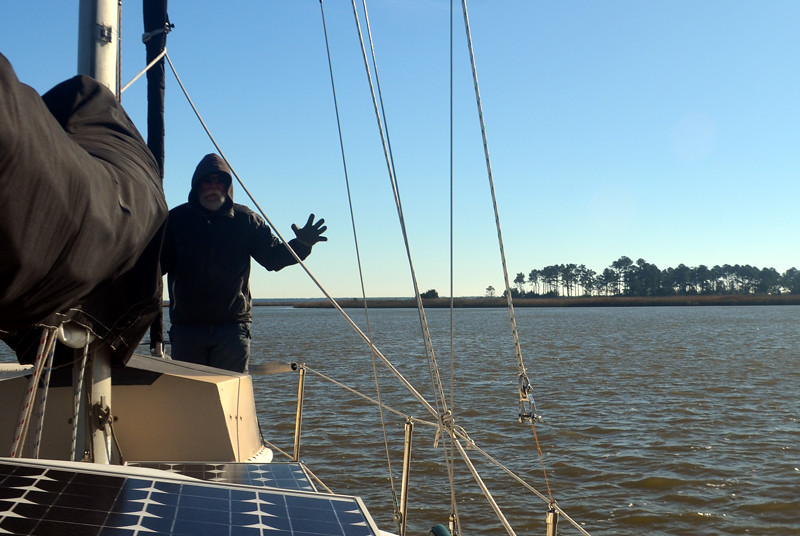 We had plenty of swing room in that anchorage, but those trees were our only “protection”. The current ran counter to the wind all night but turned around for us in the morning giving us disconcerting speed coming out of the river and back into the Ditch.

We emptied our heater’s propane tank and hooked up the spare exchange tank we’d gotten a couple days before in Myrtle Beach. Nighttime temps in the low 20’s, and stiff bitter winds in the face during the day made the next stage rather uncomfortable, meaning, half hour watches and it still seemed too long. 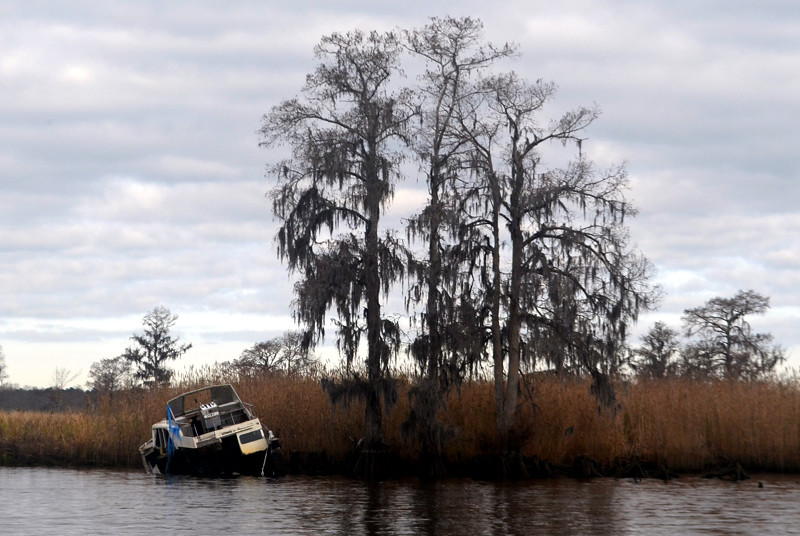 McClellandsville showed us some great simple foods (and an especially delicious tartar sauce) but they had nothing else for us. No one to fill our propane tanks…even both locations with propane exchanges were out of full tanks. Guess everyone was prepping for bad weather.

We left Leland Oil Company early enough to have the high tide for the worst of the nearby shallows on the ICW, but that put us in another shoal zone further down the line just after low tide. If it weren’t for the US Army Corp of Engineers Hydrographic Survey Maps…well, people go aground there regularly and we slipped right through with 6.3 feet under the keel. It was painstaking navigation in some of the worst conditions we’ve persisted through but the short watches made it possible in the end.

Passing Isle of Palms before Charleston’s wide open bay, we shook the dice and kept moving. Being in the distant resort area didn’t promise a very good time during the coming snow, whereas getting into Charleston put us in a better position. The U-Haul for propane, an exchange place for the other tank, and groceries, all within (our rather extensive) walking distance.

We spent our last day of cold-but-clear on getting one propane tank filled and picking up some needed foodstuffs. Then, right on time, the weather hit.

First it was sleet and ice on a cold wind that countered the current in the (not quite) protected anchorage. 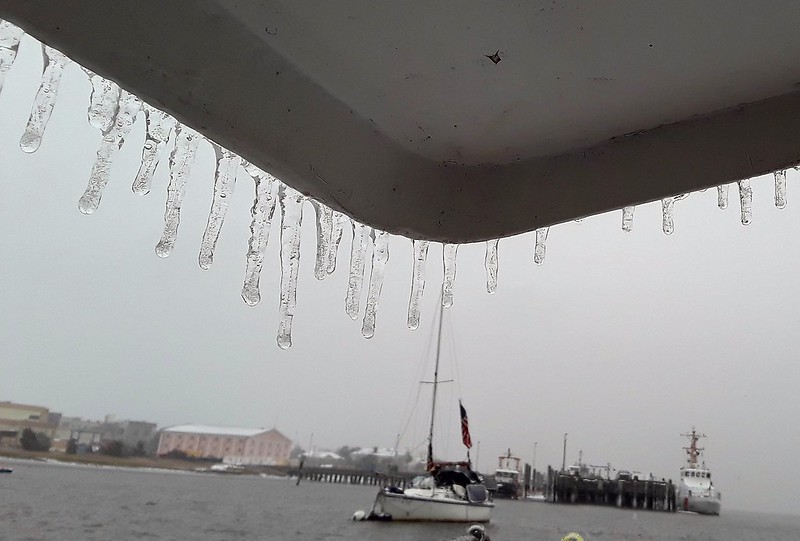 And that went on for hours… 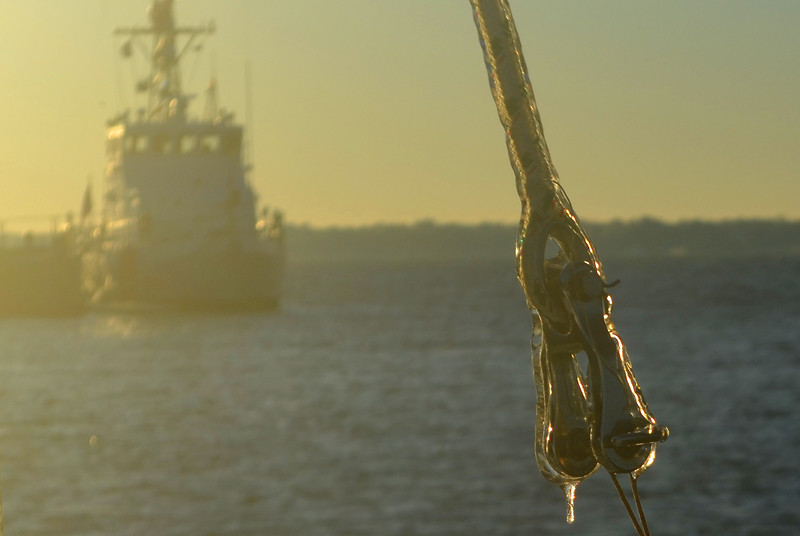 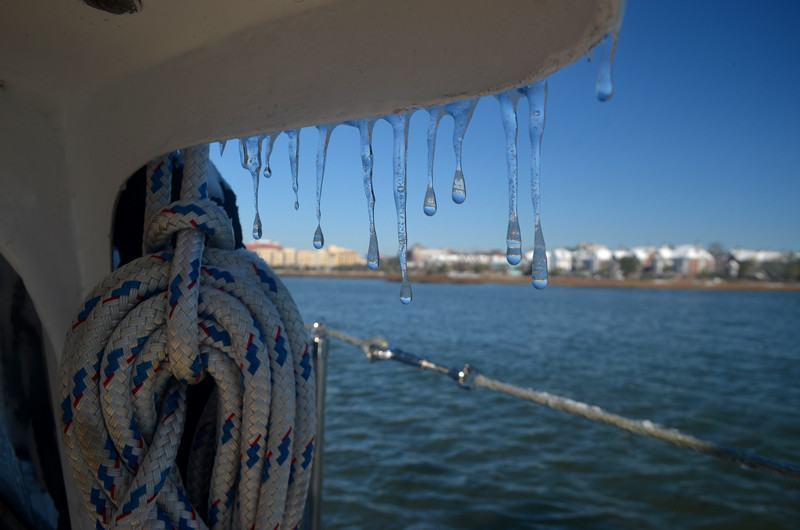 When the wind generator made a strange clunking sound, we realized it was caked as well. 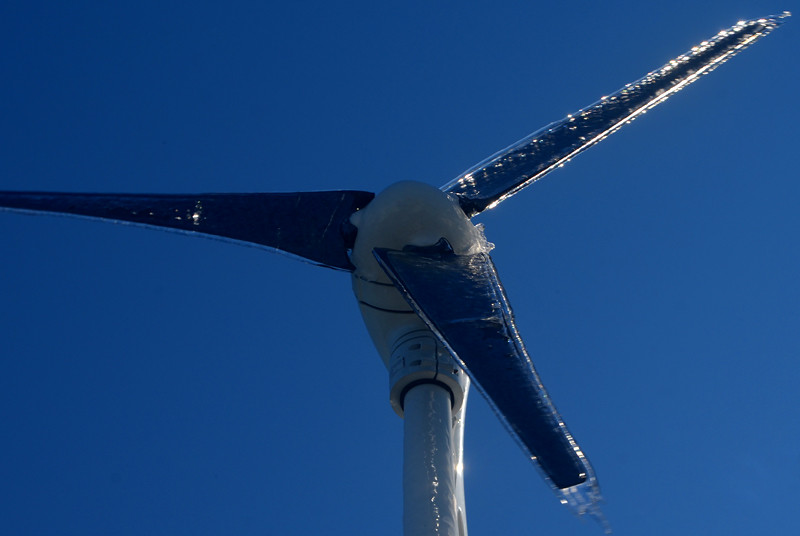 But eventually, it changed to snow. For 4 hours a thick coat of fluffy precipitation bombarded us from above on a howling “Bomb Cyclone”. Two words I (James) have never heard put together before this winter. (I, Dena, have a special fondness for “bombogenesis”.) 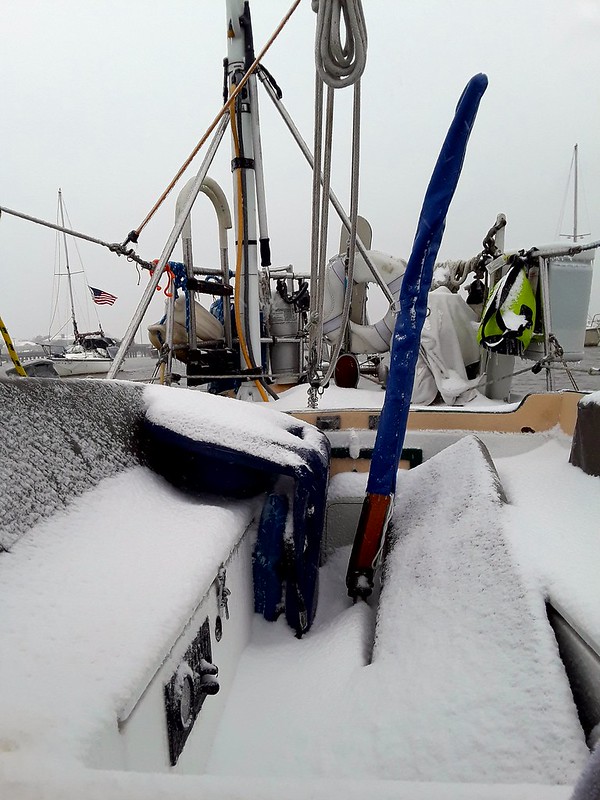 We got up the next morning ready to do our deck clearing duties. 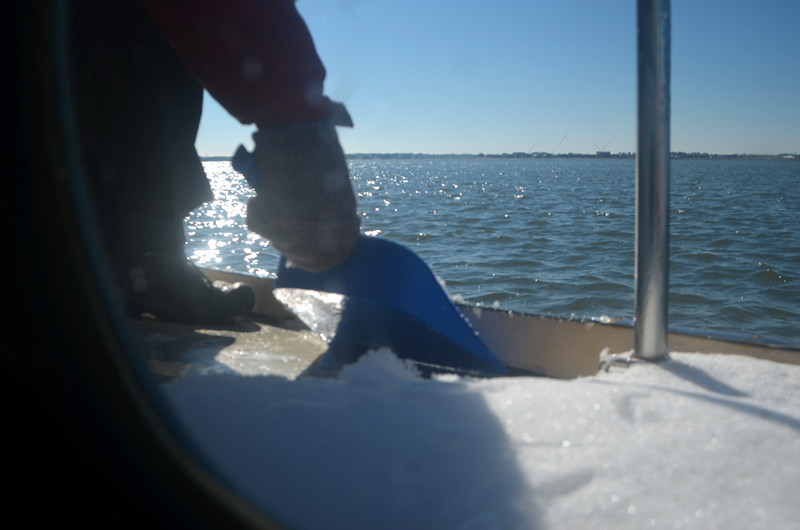 But guess what. When the world looks like this, chores wait on photos. 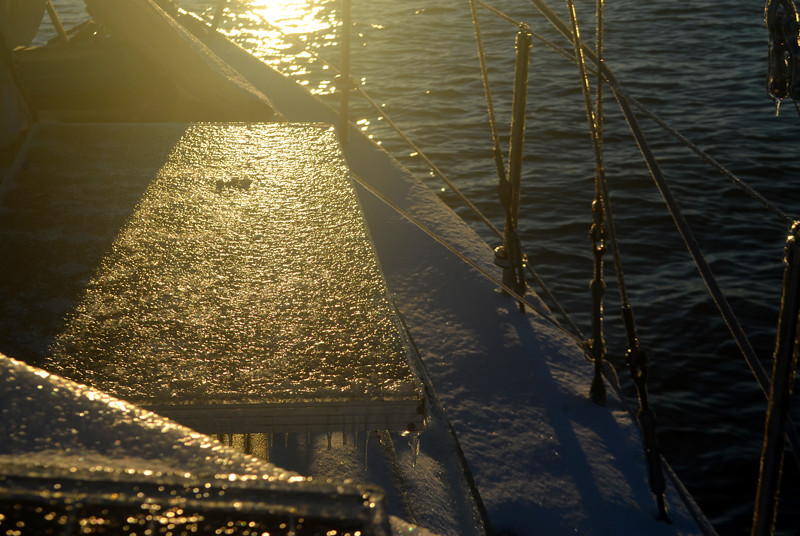 And the snow wasn’t the surprise. The sheer intensity of the ice rime begged to be documented. 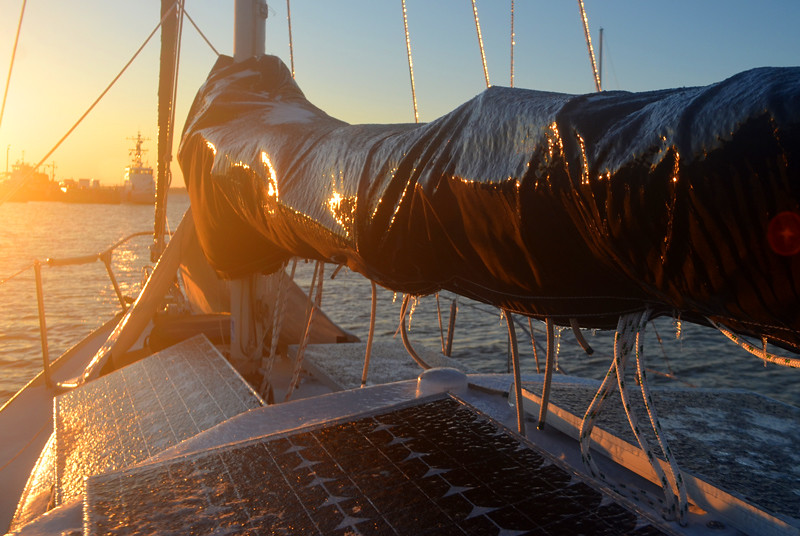 We were both pretty damn cheery, having made it through the storm, not only safe and sound, but the boat never even hinted at dragging on the anchor. (WOW!) 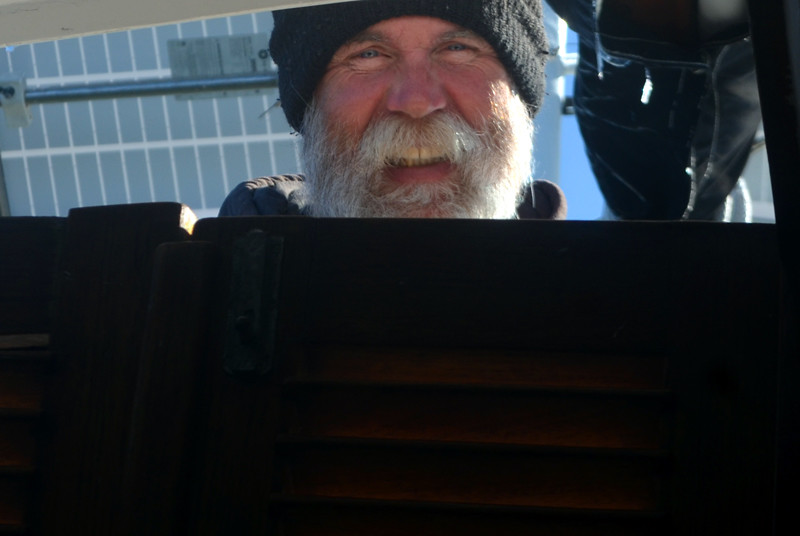 Seemed like some do-able cleanup, even with the poor dinghy frosted. 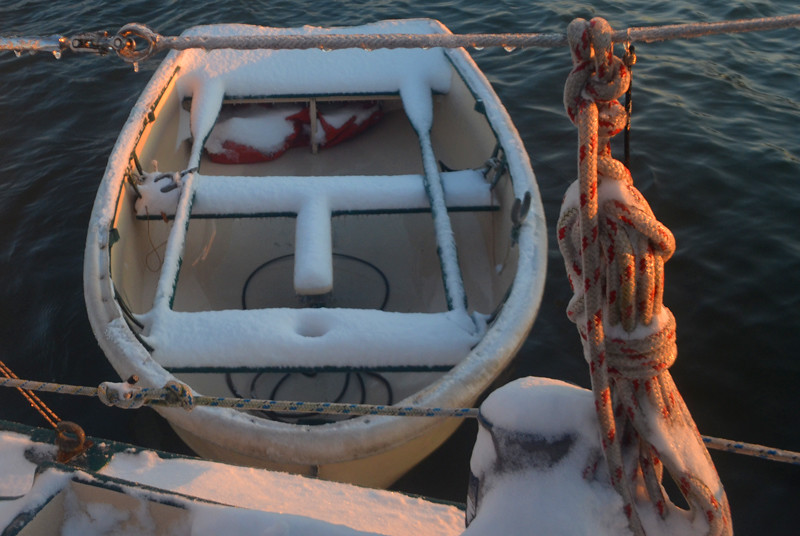 We gave thanks yet again for our trustworthy anchoring system. None of the exterior was up to being put into service. 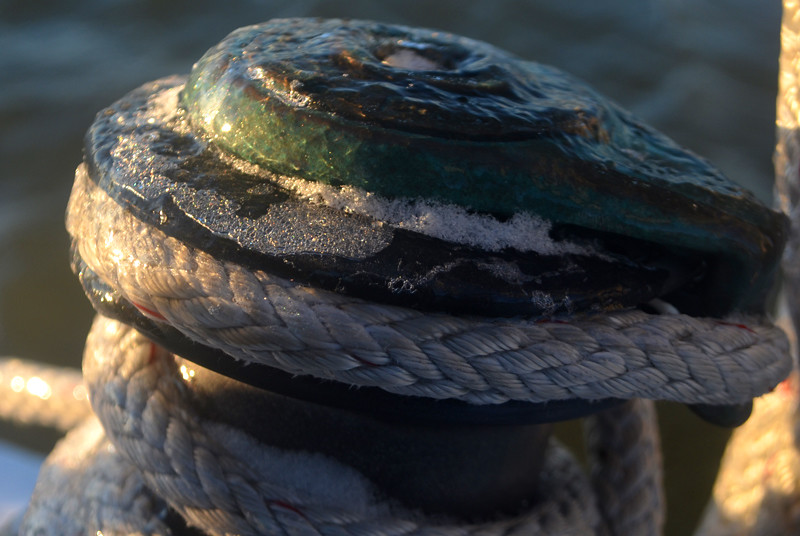 The sun tried to help, but the temps just weren’t that high. 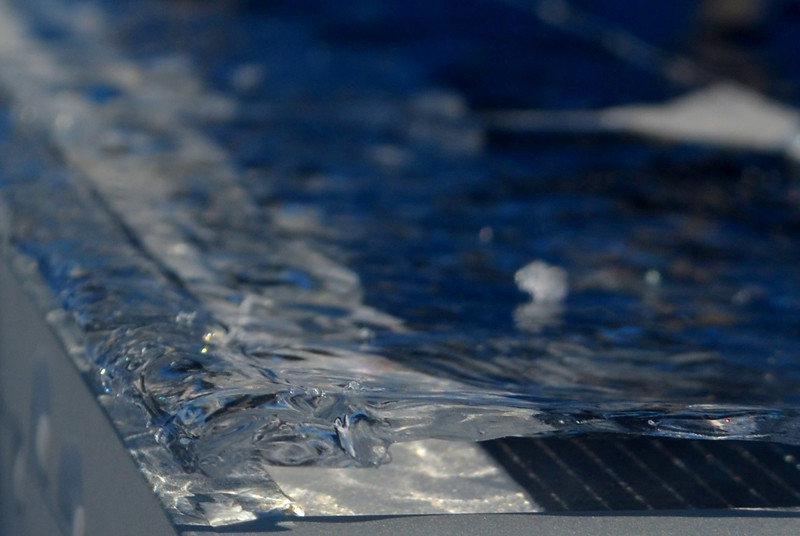 And we just kept running the oven when the heater didn’t cut it. On the upside of that, I (Dena) made my first frittata! 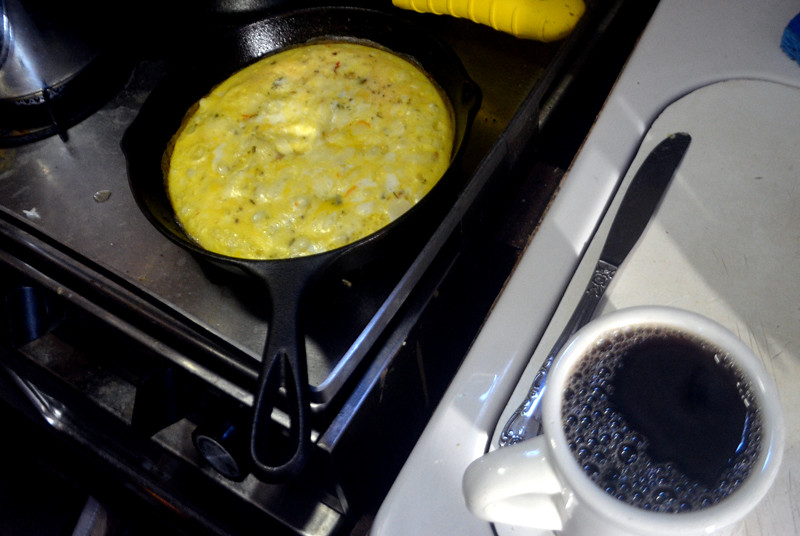 We also had biscuits, pizza, and pretty much anything else you can imagine putting into an oven that’s already hot.

The ice took a few days to melt, and Charleston itself is still kind of fucked. Not a single plow or salt truck went through the streets and no one cleared the snow on most sidewalks around town, so it got compacted on top of the ice that had started the whole thing. This place doesn’t know how to handle snow. 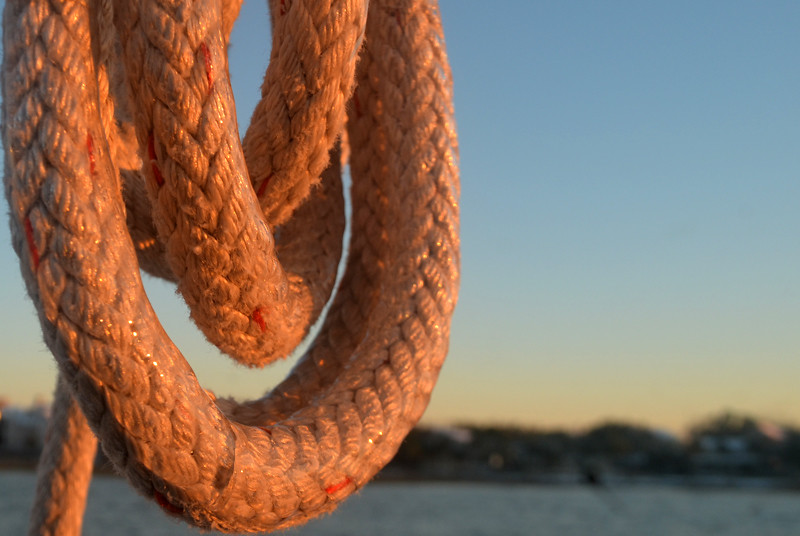 Today, a warmer version of our local star came out and everything seemed doable again, and we are definitely happier when it’s just a little dryer down below.

We rushed here to Charleston and tapped our icy toes through the cold, rain, and snow. During the wait, we plotted our freedom from the ICW and its vicissitudes…only to be pummeled with the frustrating news that I (Dena) would need to go to Baltimore for some unemployment hoop-jumping. So here we sit on a perfect offshore voyaging day, firmly fixed to the antique mess on the bottom of this well-used harbor, without the option to leave until Friday at the earliest.