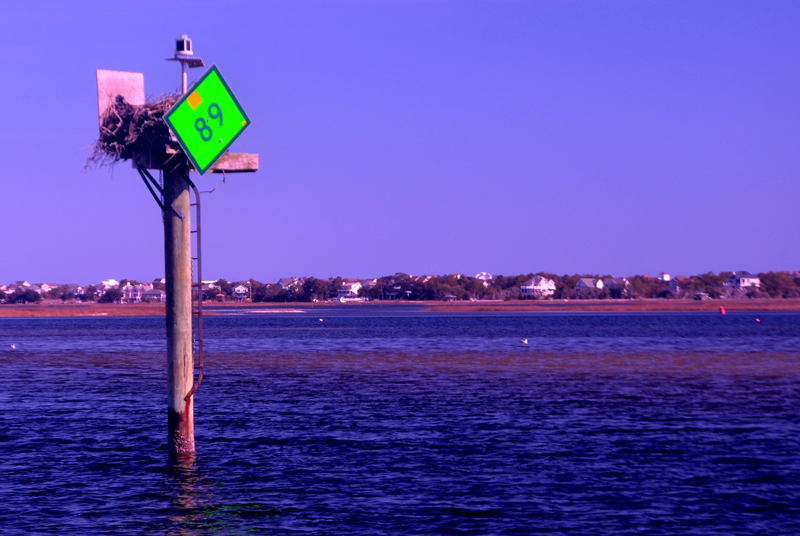 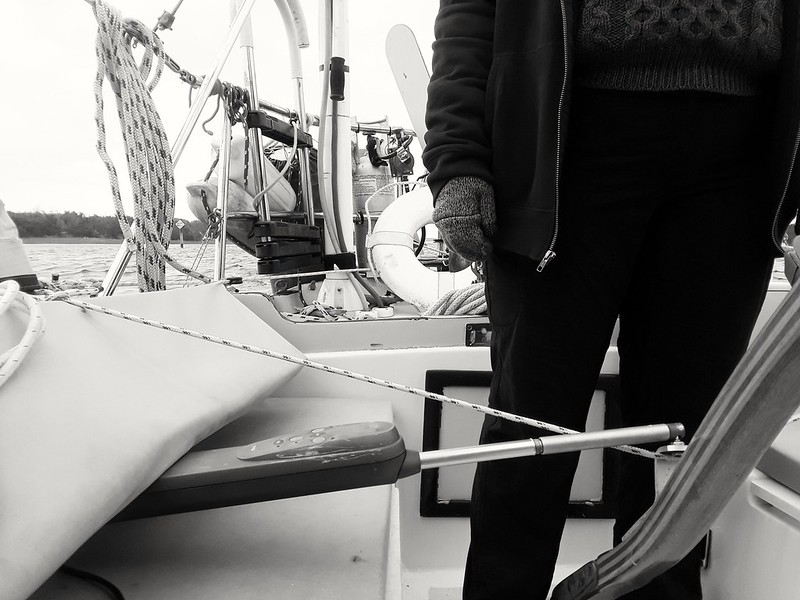 Slogging our way up the face of the continent, patiently waiting for our beloved southern breeze, but not too much or it could get intense and we can’t have that.

Wrightsville Beach to Surf City, a five hour day with a light western breeze restarted the “Ah-factor” in this adventure in a big way and also gave us a much needed dry night on the boat. 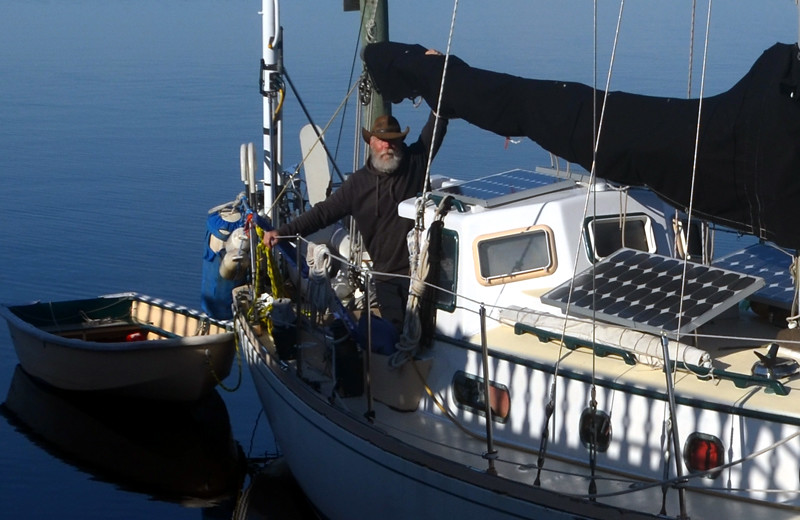 Of course we had to get some beach time in. 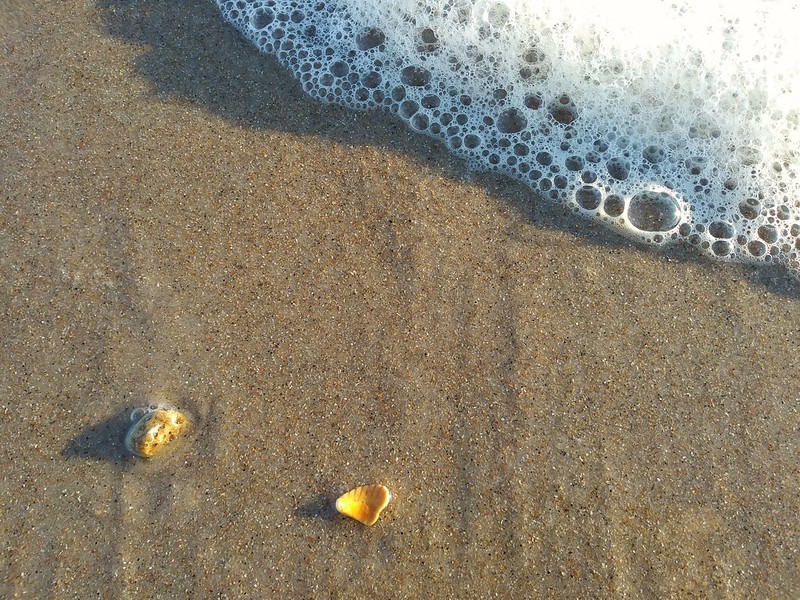 We powered through a 6 hour slog to Swansboro the following day. Ugh, the weather was shit and the tidal currents didn’t do what we’d thought they might. Slow going at 2500rpm! What we’ve done in the past is anchor in Mile Hammock Bay and bolt on up to Peletier Creek (western outskirts of Morehead City), but we wanted to see a bunch of stuff we’ve never seen before (or why are we doing this?) and keep the boat warm and dry down below on this passage north.

Swansboro, North Carolina, has a pretty good city dock within easy walking distance of a pretty good meal and a nice little waterfront park… too bad the gloomy weather made everything look like a 1930’s black and white photo. Still, it was new and different and we were able to explore a bit. 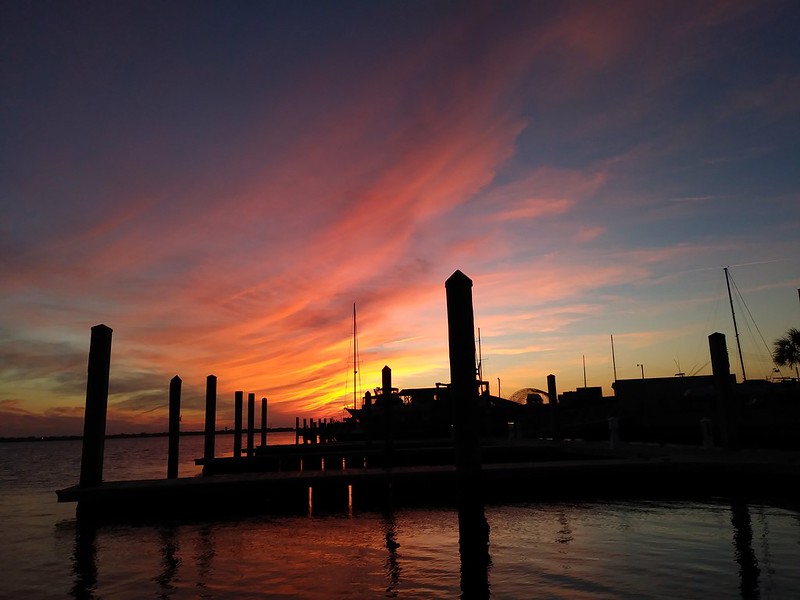 The next day was a frustrating beat all the way to the City of Morehead with the Genny wound to 100% for good measure. For a large part of the day, the wind only came around when we turned, which was rare, putting it right in our faces. Then, right at the end, the sailing was awesome. We ran aground coming into the slip at the marina… again! Gives me a chill thinking about getting a bigger boat with more draft, so I guess we’ll try to stick with shoal or at least shallow draft boats if at all possible. 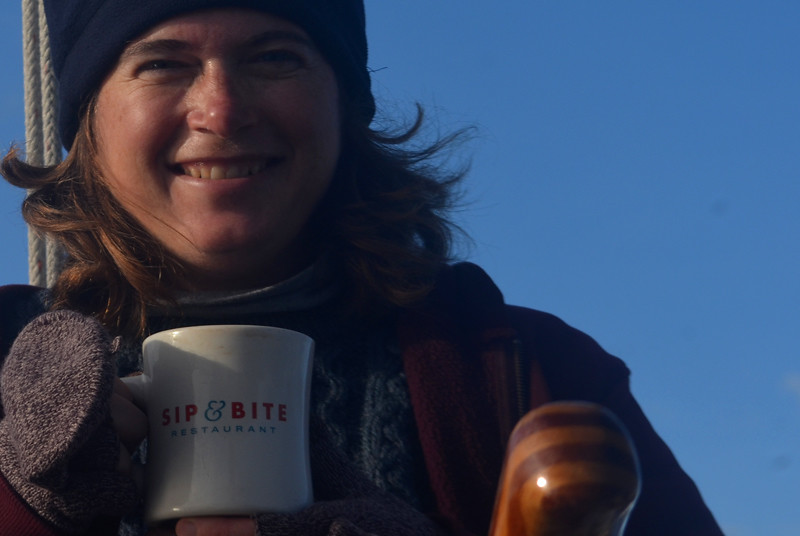 After Morehead City the wind came around and the main came up! The sky cleared and warmed steadily throughout the day and the dolphin teased us but never got less than 50 yards from the boat. They’re usually much more playful. Don’t get me wrong, we did get some pretty spectacular displays of dolphin superiority, but they seemed just a little more standoffish this time. 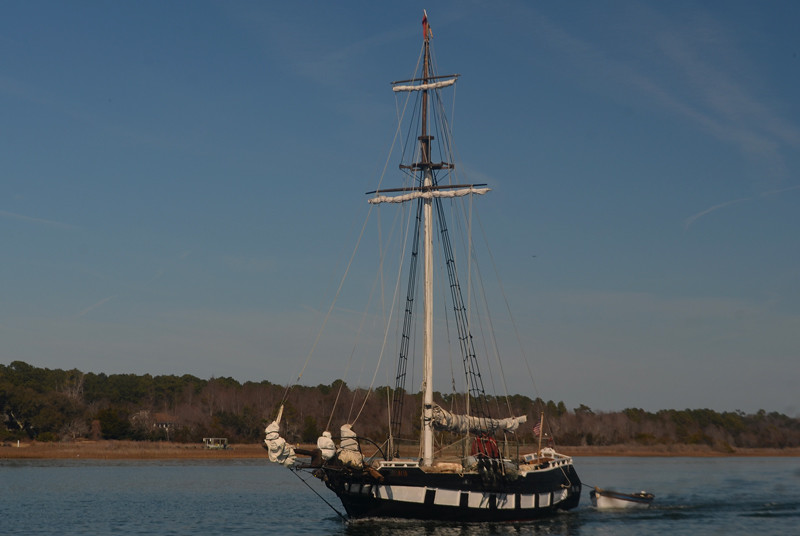 We anchored at the end of Adams Creek just east of the Neuse River and hunkered down for another overnight southern rain storm, which was a better idea than rushing on for Oriental (where we were stuck for days on the way down). The less-great idea was taking off too early the next morning, before the weather had blown itself out. We got spanked across the Neuse heading for the Broad River and fuel at River Dunes so that we could do our overnighter to Manteo…or not.

We hit River Dunes exhausted and the wind didn’t follow the old NOAA plan. Instead it blew up strong early and promised to get stronger fast instead of waiting until the next morning. We looked at the boat where it was pinned by the wind to the fuel dock, looked at the new forecast once again, and made the prudent-mariner choice to sit out the next several days of near-gales from the southwest-turning-north at the marina. I mean, stay 3 get 1 free with the place to ourselves, steam showers, hot tub, cold plunge, and a study with fireplace. Not such a hard choice, amirite?

It’s been a healing time. Relaxing, enjoying each other, and washing every speck of fabric that might harbor mold. Tearing the berth apart and scrubbing the whole damn thing down was the work of an afternoon, and we both slept the last few nights swaddled in healthful ease. Our reserves, so disastrously depleted, are swelling with good energy and happiness. The Pamlico doesn’t seem so threatening and any passing cold front can be met with equanimity because, we once again can believe, it will pass.