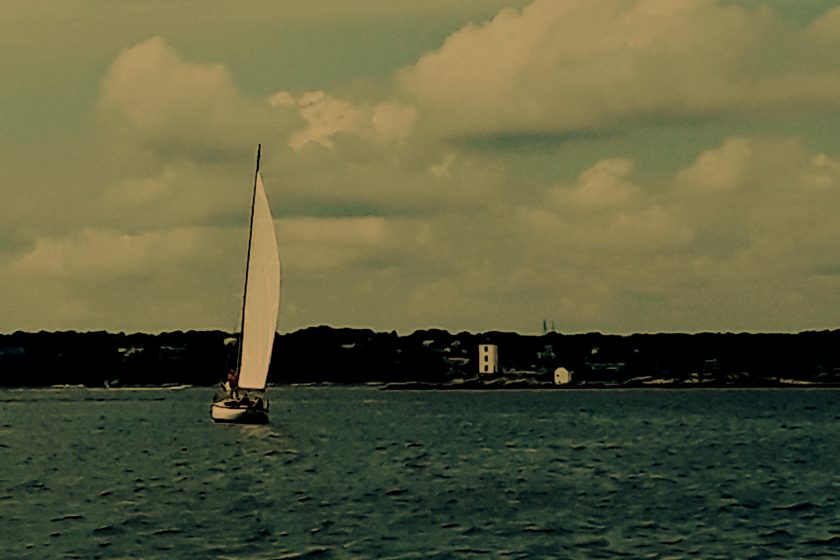 …The fog  went away but, like a promise kept, it ultimately becomes a part of the background of life. 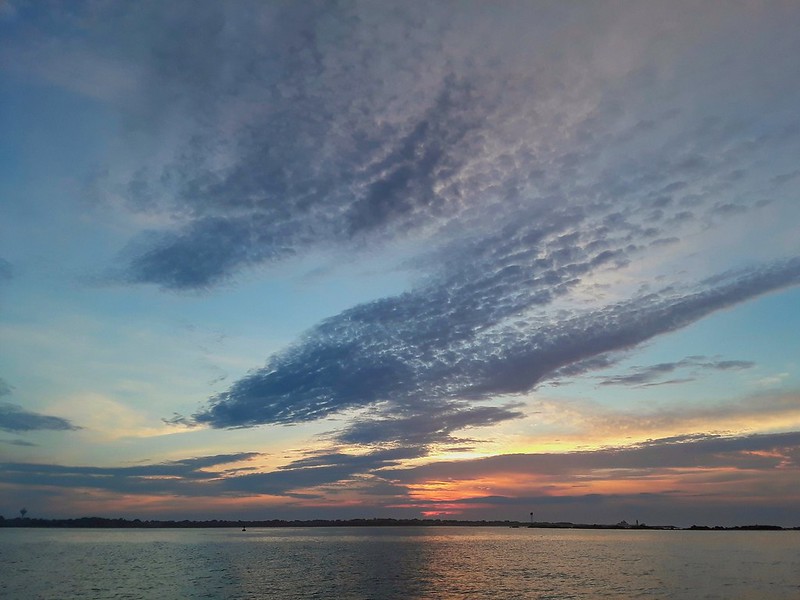 That morning we rose salty (still, again) from our beds and made coffee. The pot was not yet empty when restlessness overtook us and we weighed anchor. 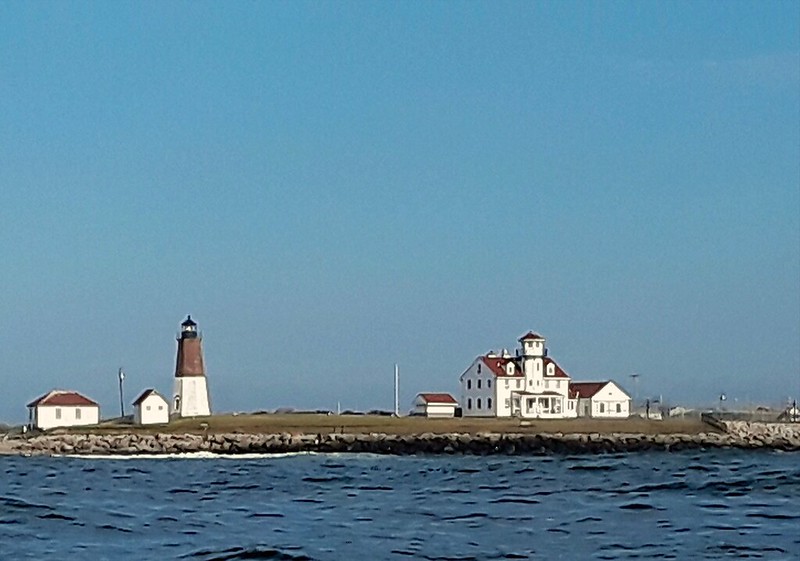 Like all bays and estuaries of the world the Narragansett breathes with the moon in cycles driven by billions of years. When the moon is full, it brings the tide in with it at night meaning the mighty ebb rages as the moon sets in the morning. It also means that there is one time of the month that it’s just no good to take off in the morning if headed into any given body of water. But the fog had lifted and there was a promise of a freshening breeze to drive us into the Narragansett Bay to one of our favorite places on the Eastern Seaboard, Dutch Harbor. 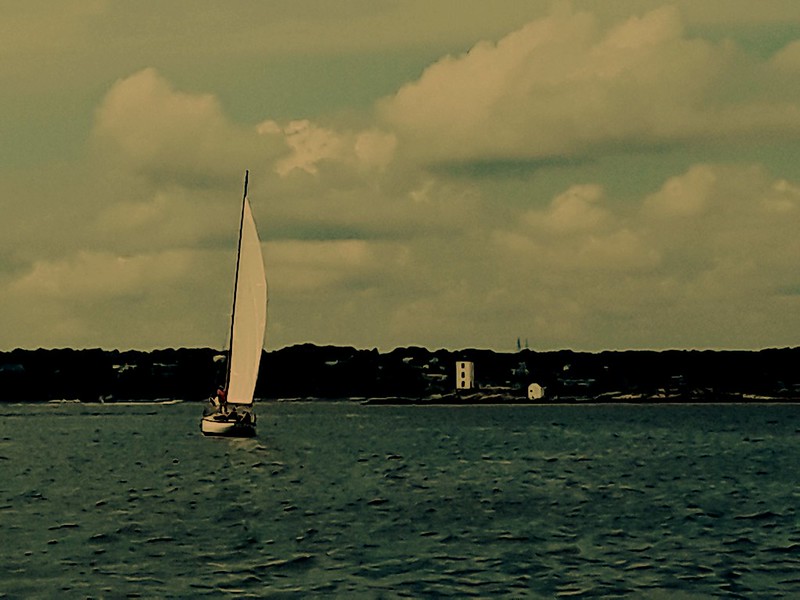 That promised breeze didn’t get to us until we got right up into the Dutch Harbor anchorage so we just motored up the bay from Point Judith.

We genuinely hate motoring, we really do, especially when we can’t even raise the main lest it slat-n-flap and try to tear itself to pieces. And, check this out, when the wind is slightly off the port quarter the diesel fumes flow into the cockpit and down into the cabin, meaning, there’s no good place to hang out away from the fumes.

Against the current, without any wind-assist, we ranged from 1.7 to 2.5 knots for the first hour or so, breathing death and riding the awkward three-legged-pony motion on the significant swell.

But, we were going to Dutch Harbor! 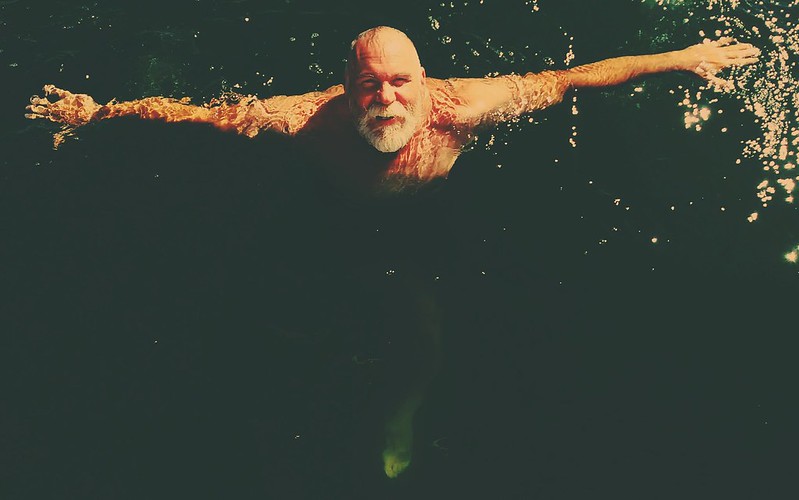 Swimming has been one of our major pleasures, and the main way we’re keeping clean. From the Great Salt Pond of Block Island (and salt is seriously represented in that water) to the shallow flats of Point Judith Pond (brackish and warmish) to the deep-water cold of the Harbor of Refuge, we’ve floated, swum, and played. 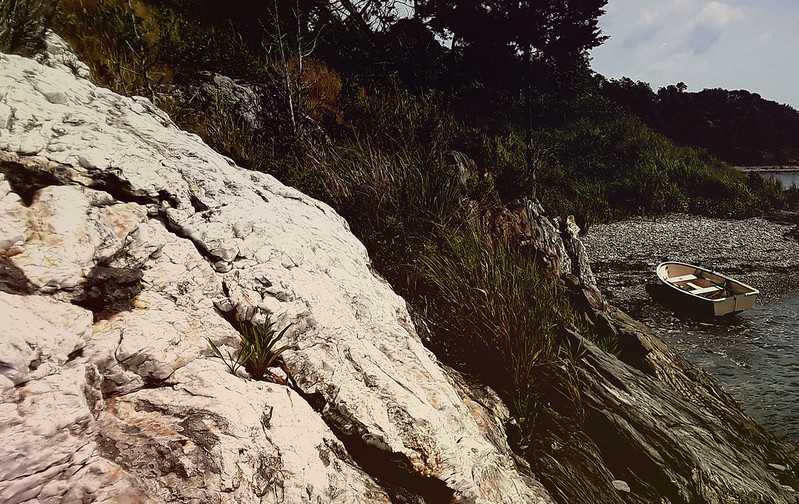 Dutch Island offers a different kind of fun. We do plenty of walking, but it’s mostly provisioning and almost always starting at a marina. This gravelly landing puts us on an island we’ve enjoyed hiking before. 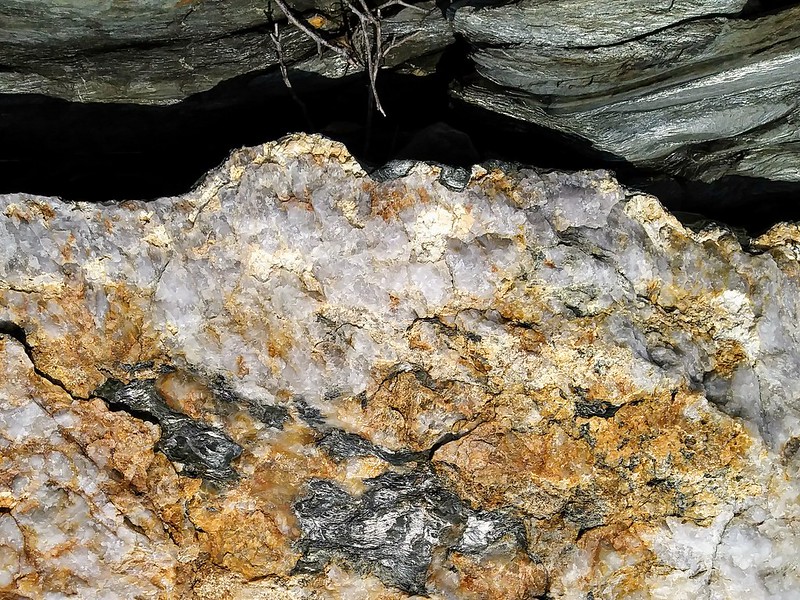 It has that cool up-thrust geology that puts the earth’s bones on display. 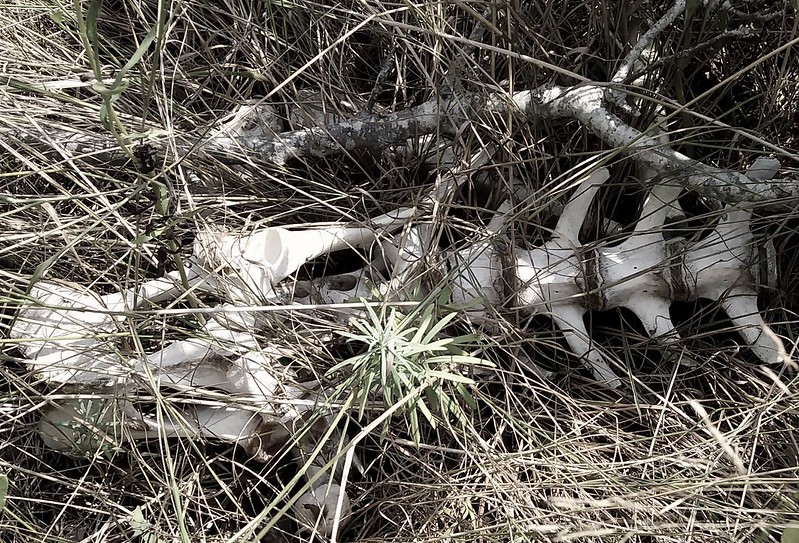 But our adventures were curtailed when James saw a bunch of tiny red ticks and the black ones with the white spot on the back covering his legs and socks. He started slapping at them and hollered at me to check myself.

We’ve been alert to tick trouble – we’re within a hundred miles of Old Lyme, the place Lyme disease was identified. It’s a thing around here, to the point where one of our co-deckhands on the Mystic Whaler was living with the long term consequences. Neither of us wants to get any closer to Lyme disease than that.

So skedaddle we did, and the rest of our hiking was done on roads and sidewalks. 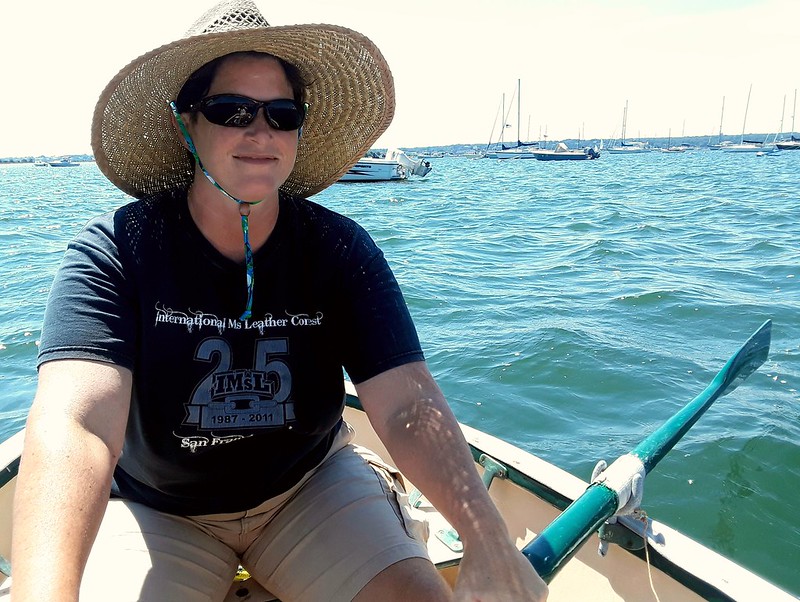 We were a bit of a row away, but nothing that hurt too bad. Once ashore, we enjoyed Jamestown. 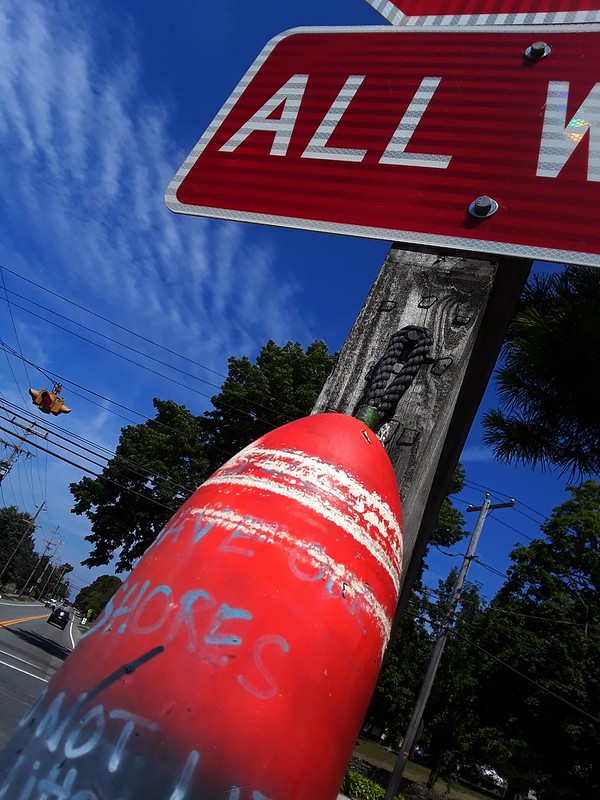 And the gardens along the road were amazing. Most of them looked feral, with snap peas sprawling across the sidewalk and flowering bushes springing high above their usual,decorative levels. 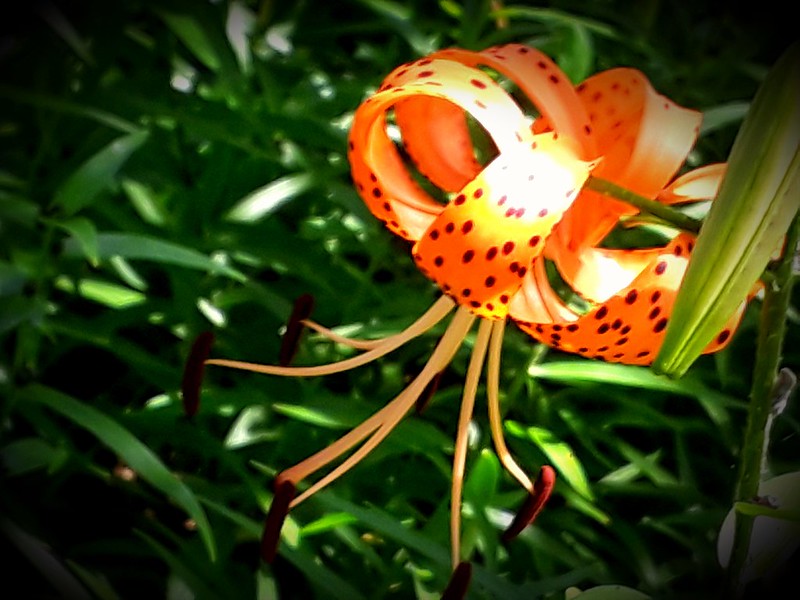 Dutch Island continued to be useful by spreading the sunset light… 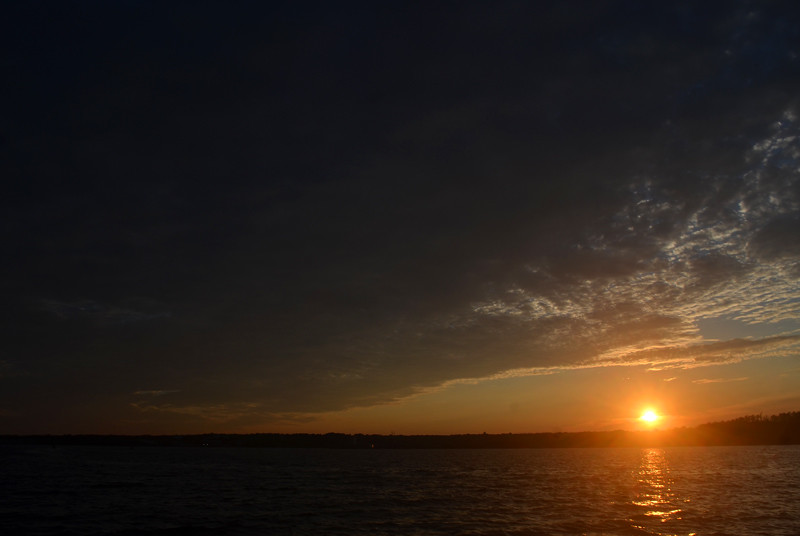 And anchoring the clouds and sea. 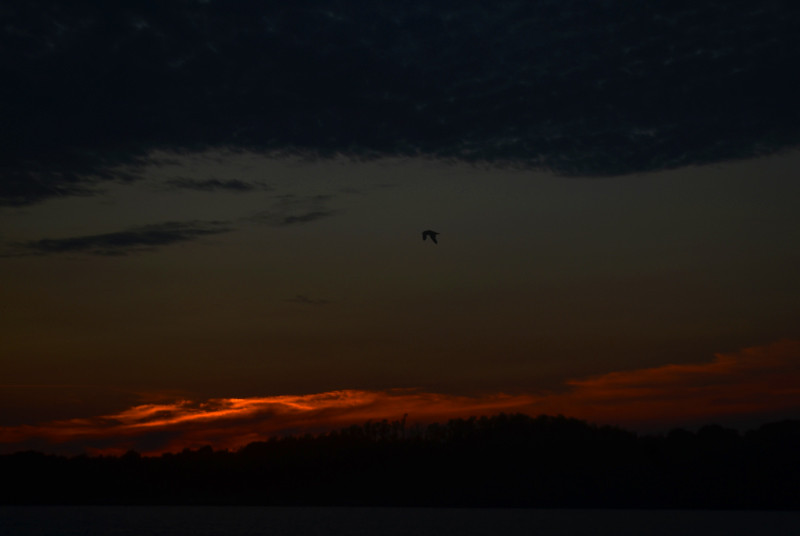