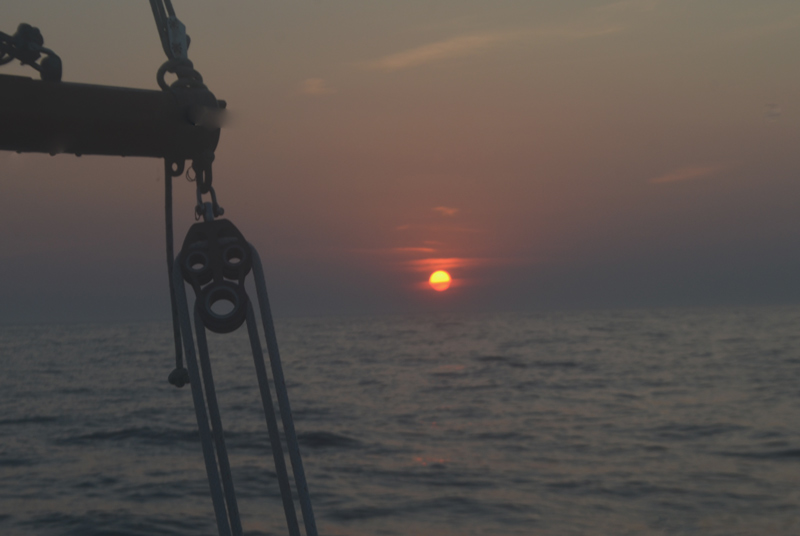 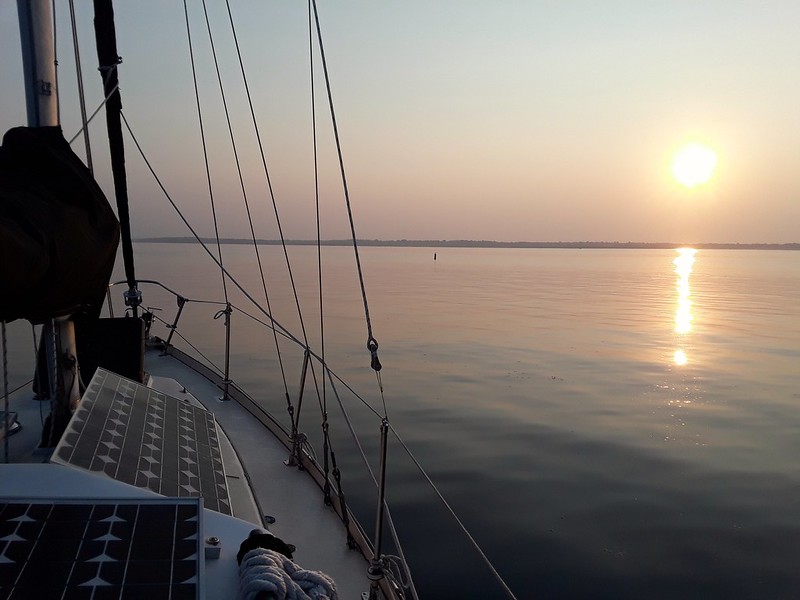 From Newport to, well, I think it was still Newport. Third Beach is on the other side of the island, though, and practically abandoned compared to Newport Harbor.

And then it was the hop to Cuttyhunk, and then we sailed off the anchor and made for Onset. 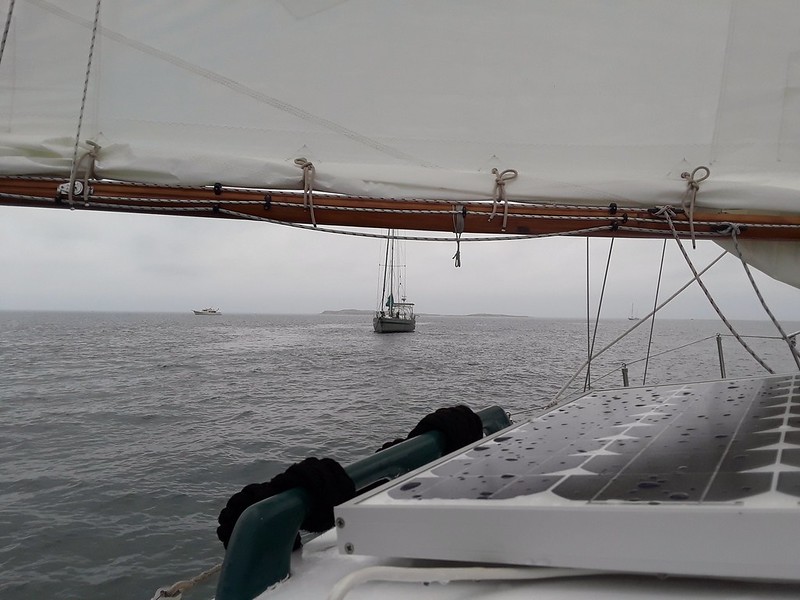 That morning, we waved at Kris of the S/V Exit (Steve was still sleeping) and sailed through light rains and light winds into medium sun and medium winds and then into the entrance for the Cape Cod Canal. 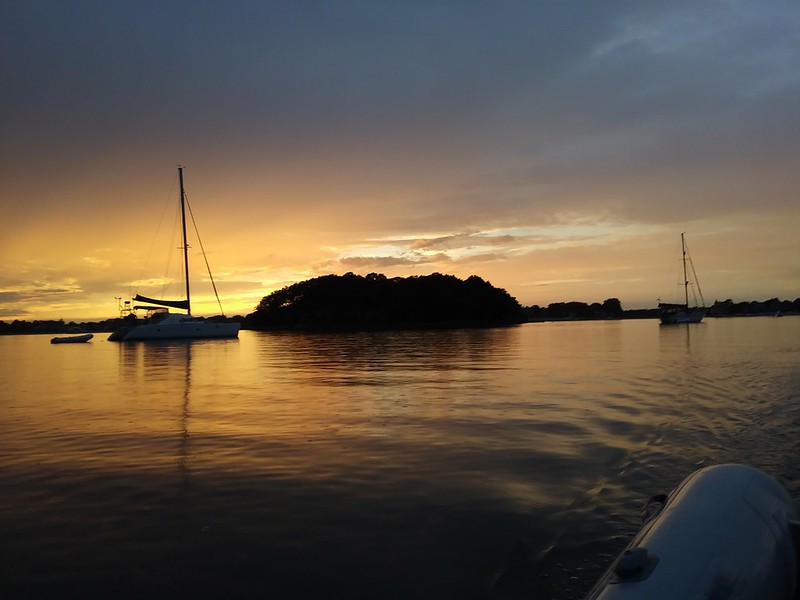 In Onset, Kris and Steve took us ashore in their dinghy for pizza and we got caught in a major downpour. The pizza place was slamming and they holler names for orders. When “David” didn’t respond after a few tries, the audience…I mean, the customers got into it too until the whole place was chanting, “Da-vid! Da-vid! Da-vid!” Fun was had by all, except perhaps by David. 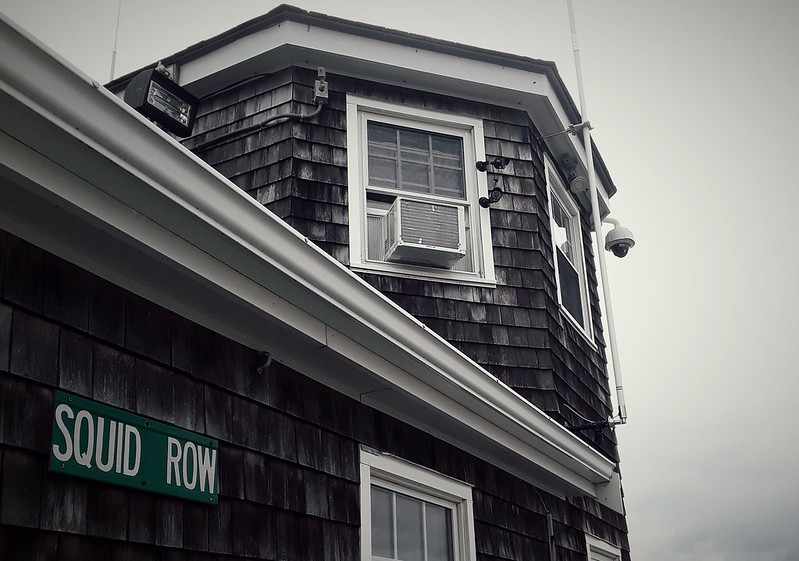 We did a patented epic walk or two… 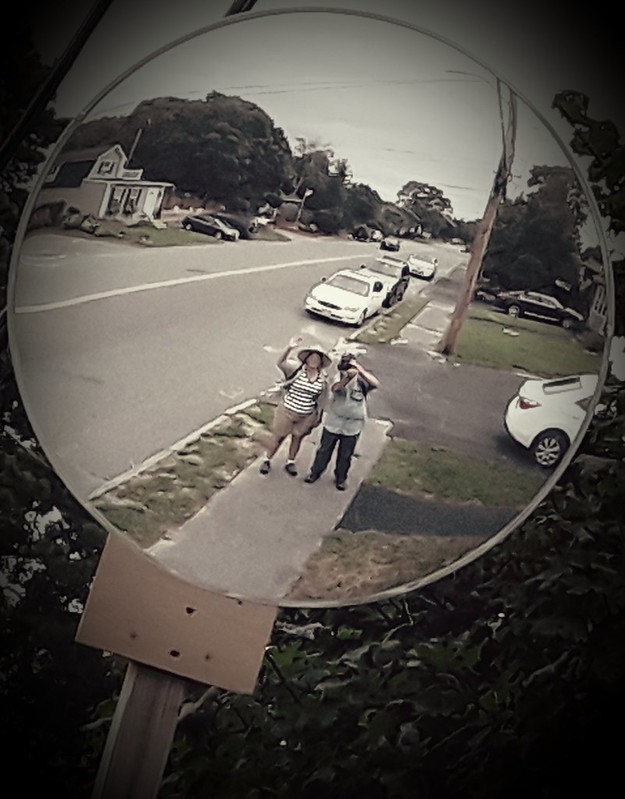 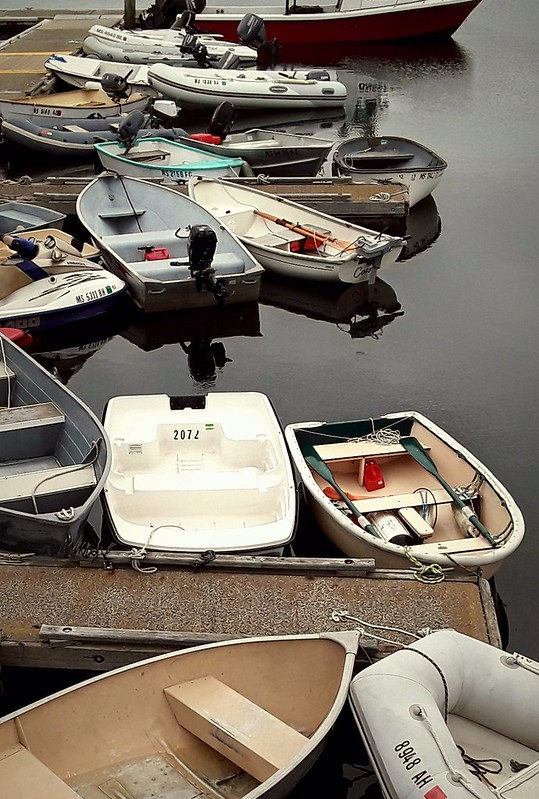 And looked great in the parking lot. 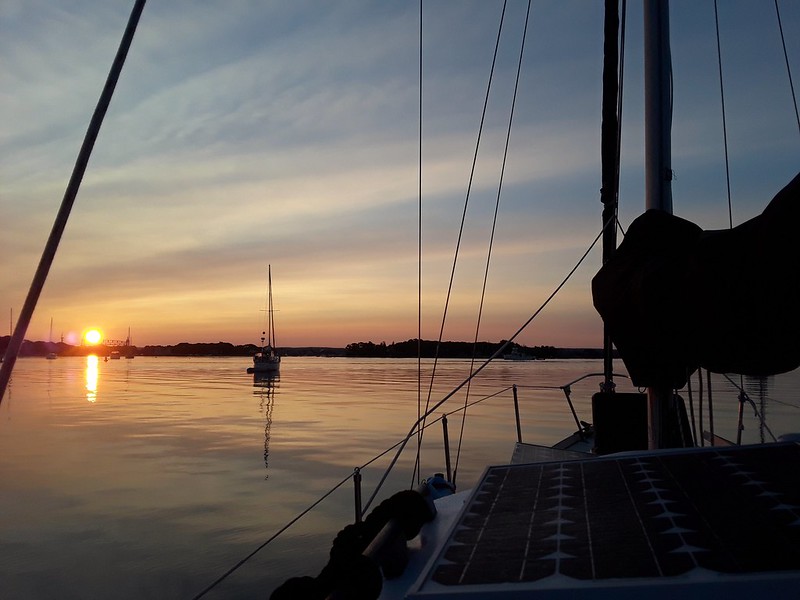 We got some projects done, and so did the S.V. Exit crew. 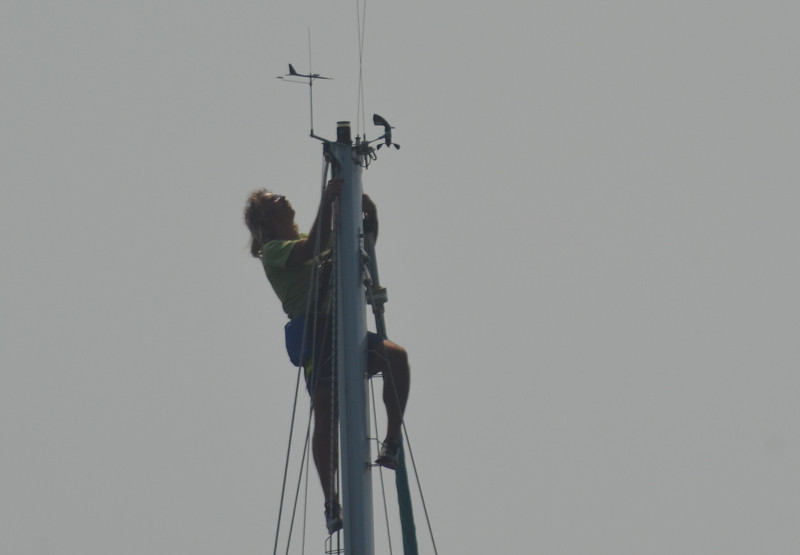 We stayed a beautiful near-week so that the currents would shift in our favor. Since the process an hour each day, we can wait for the turnaround to happen within an hour of when we’d like to leave. It’s pretty awesome, if you have the time to wait! 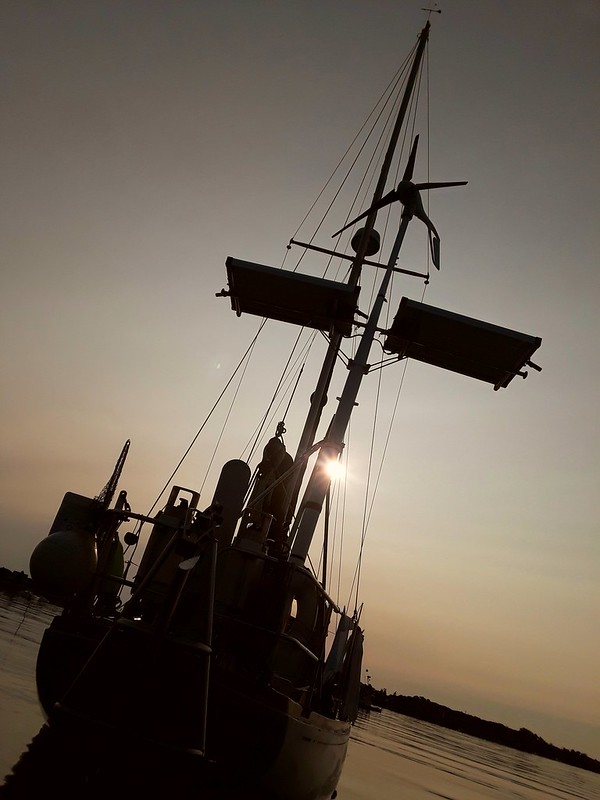 After a last quiet morning like the one above, we left Onset for Provincetown. 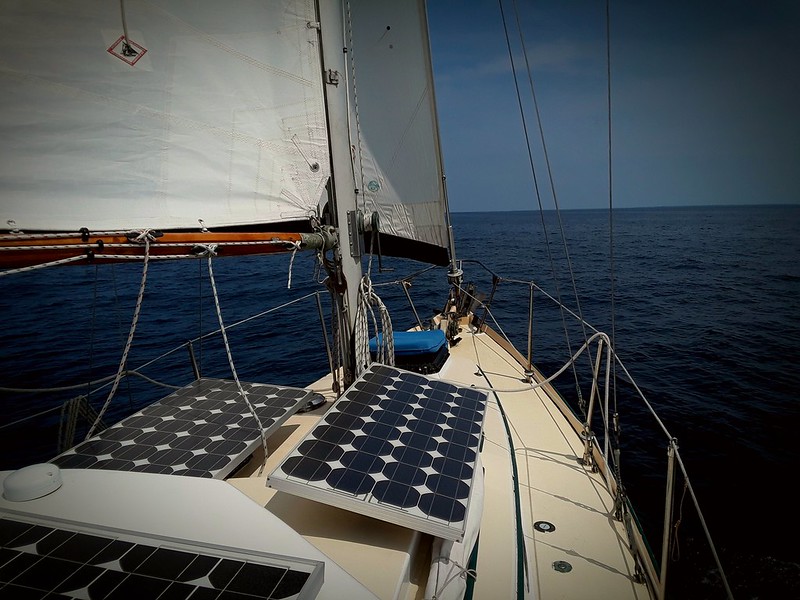 A beautiful wind plucked us out of the canal and swept us into P-town. It was light enough early on that we were beating or matching S.V. Exit’s speed (and she’s 46′ to our 32′), but eventually the winds stiffened enough to sweep her right by us. 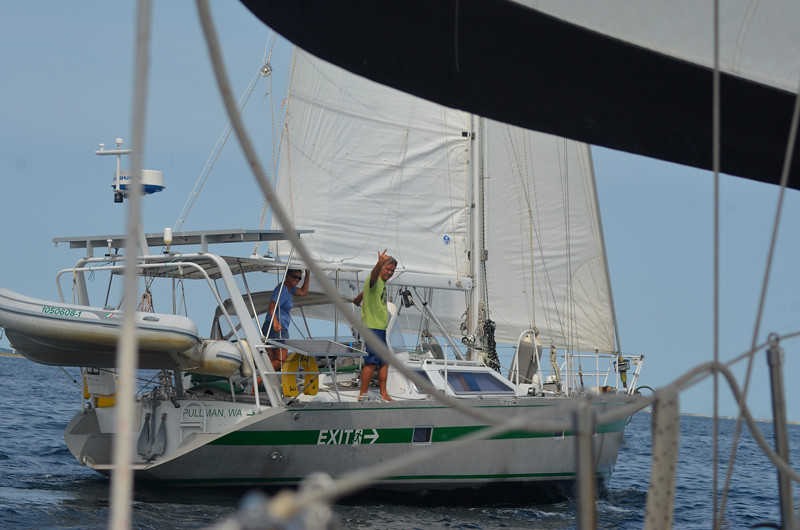 We anchored between the breakwall and the mooring field. 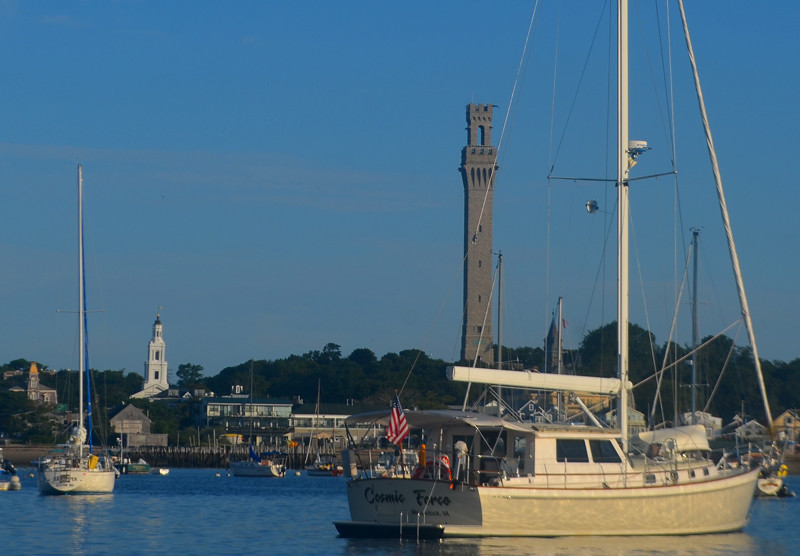 Until, of course, the harbormaster came and kicked us out. Sigh. Not out of town, this time, just to the other side of the breakwater. Truth be told, this time he was right. There was a lot less wake and there was better depth (not too much, not too little). 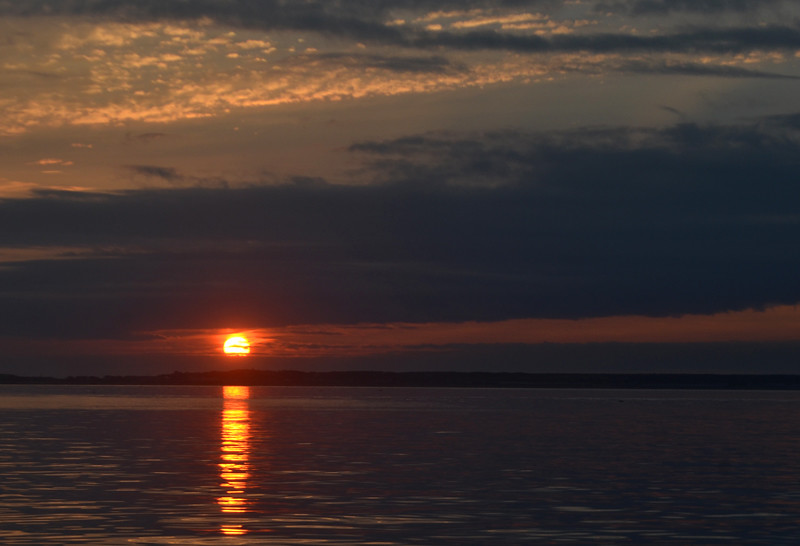 This shit never gets old. 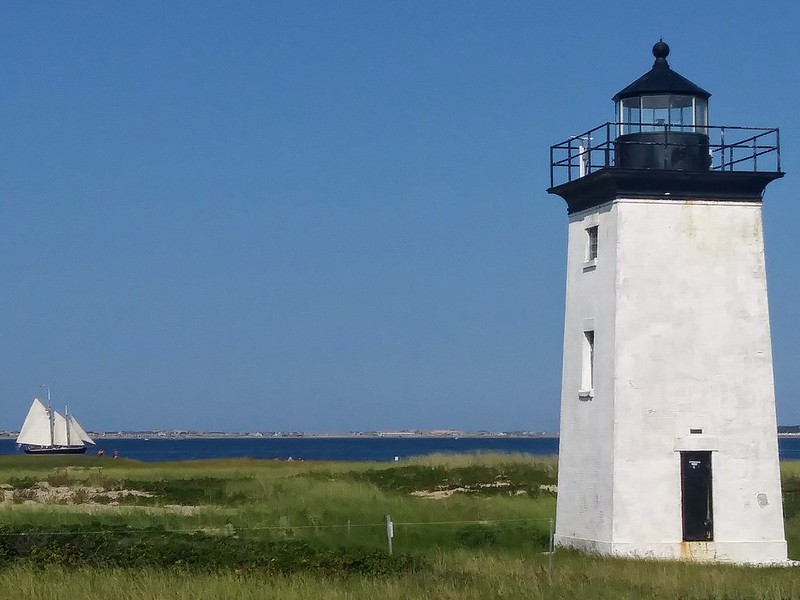 We walked to the lighthouse and saw the Schooner Hindu sailing out, plying the turkey trade.

We didn’t stay nearly as long there – just waited for the right weather window and jumped north. We weren’t the only ones to take that good spell. 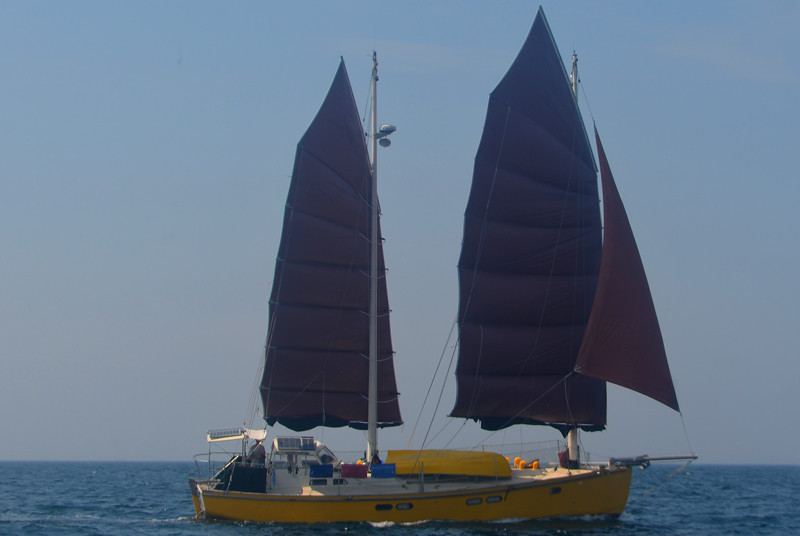 We skipped so much, but made it to Maine in one overnight sail. While still inside the curled fist of Cape Cod, a whale blew and rolled, blew and dove. We saw another later, but barely. Sunfish and an enormous pod of dolphin rounded out our aquatic friend sightings. Thank you, Stellwagen Banks!

The wind stood behind the beam, but we managed to balance her out with a partly rolled up jib and then played yo-yo with the main. Reef, shake it out. Reef twice, shake one out.

The wind started dying fast around 5 a.m. and I (Dena) shook out all the reefs and rolled out the entire jib by the time James took over at 6 a.m. Then, less than an hour after that, the motor came on and we had to finish the trip that-a-way.

Finishing the trip, though, brought us to Sequin where, exhausted as we were, we immediately went swimming, then rowed ashore to walk up to the lighthouse where James was once the keeper. 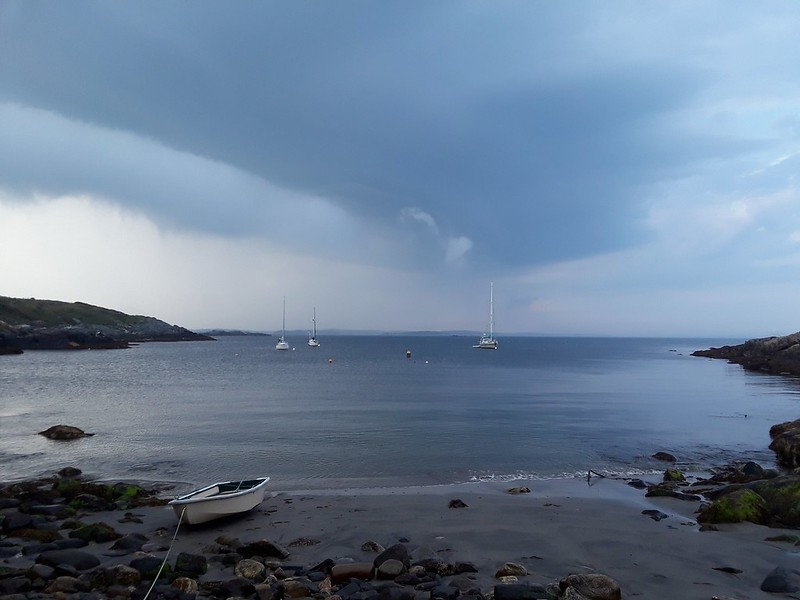 Kris and Steve had arrived before us, and they joined us on the walk. Boat buddies! 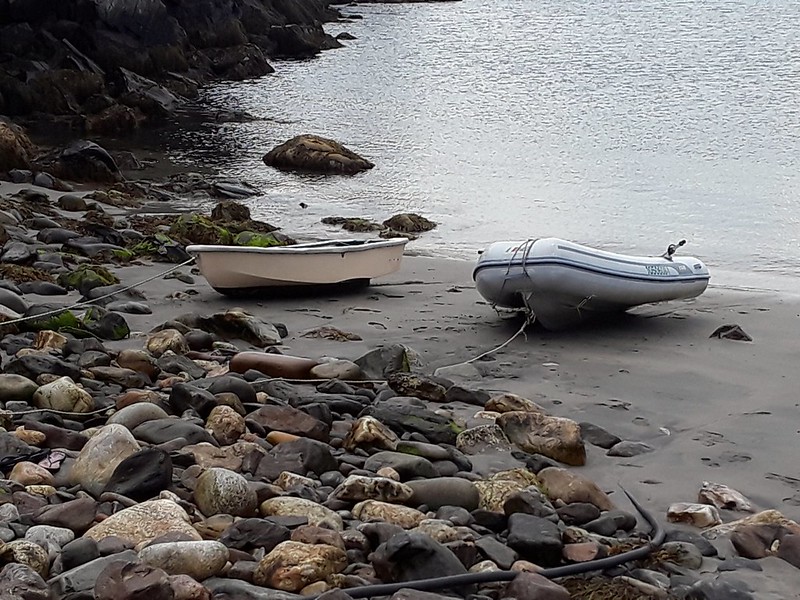 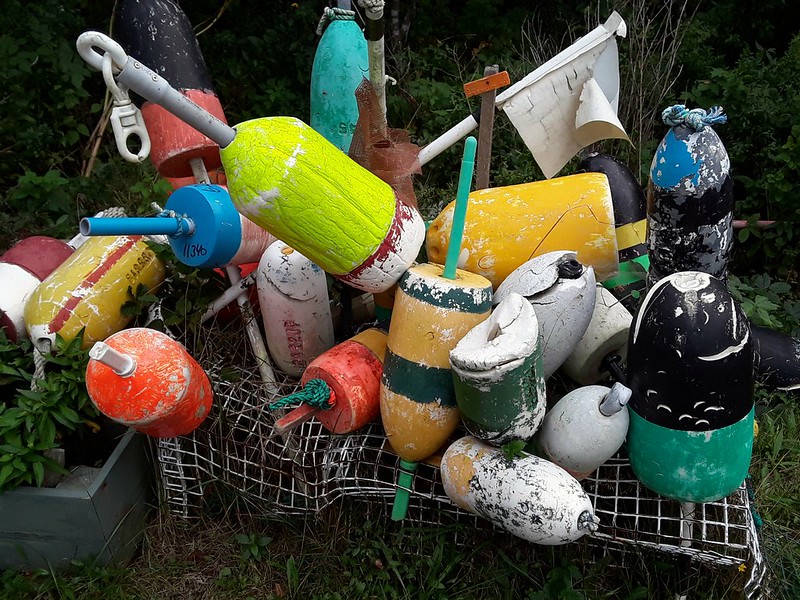 This land, this land! It’s so like the San Juan Islands in Washington that it stirs me. 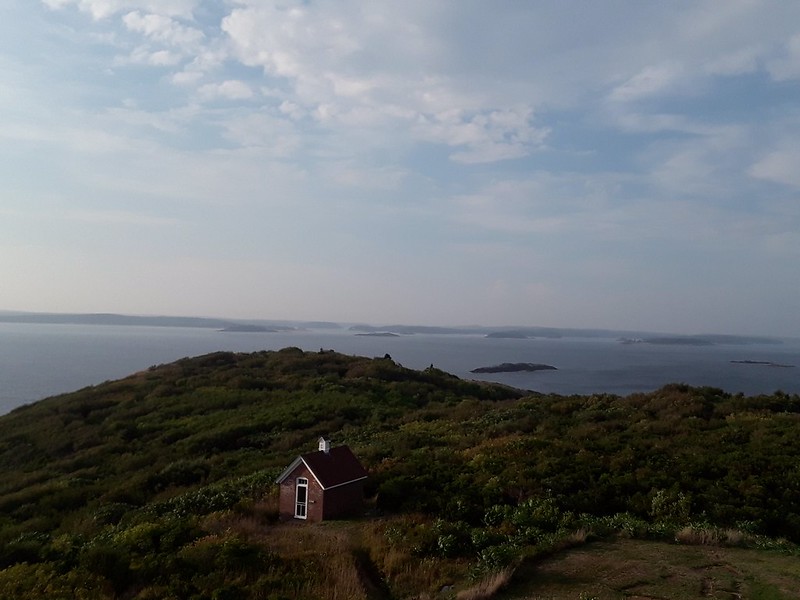 The two guys acting as lighthouse keepers, watching the sunset. They got the best spot, but they were awesome. One took us up in the tower, though it was really his day off… 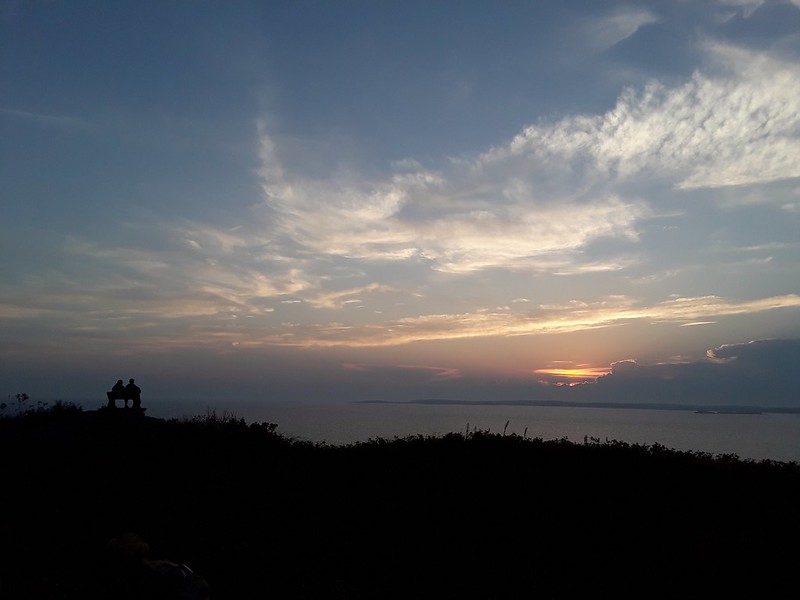 The weather was being dramatic, but more like an attention hound than a threat. 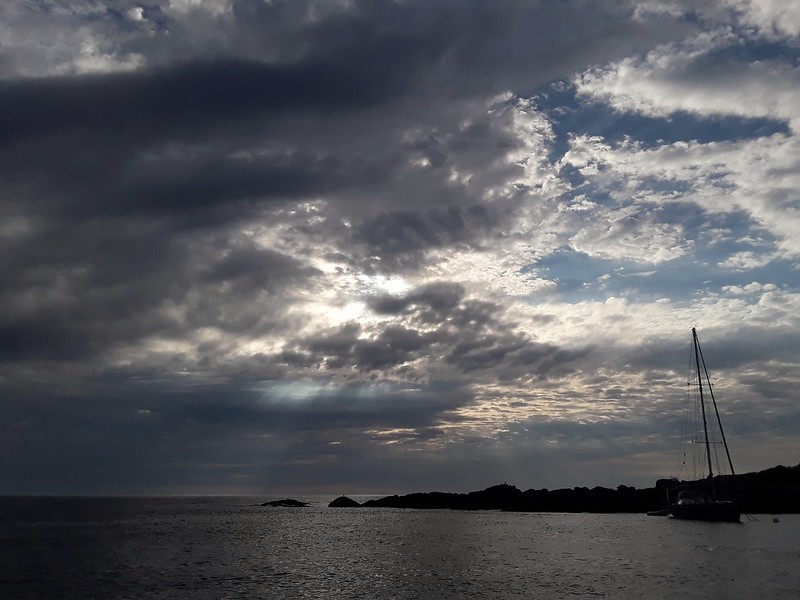 But we had an appointment to see a boat, so this glorious spot was only a single overnight. 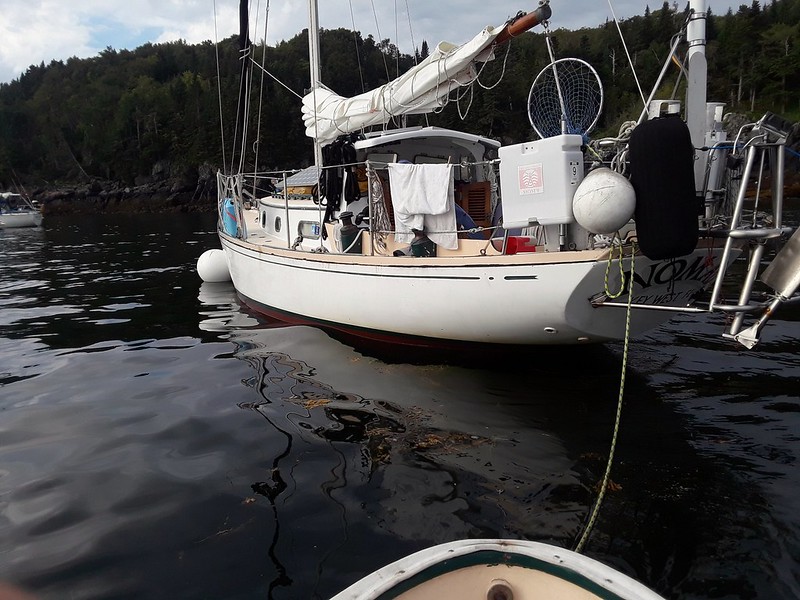 And off we went to Robinhood Cove… 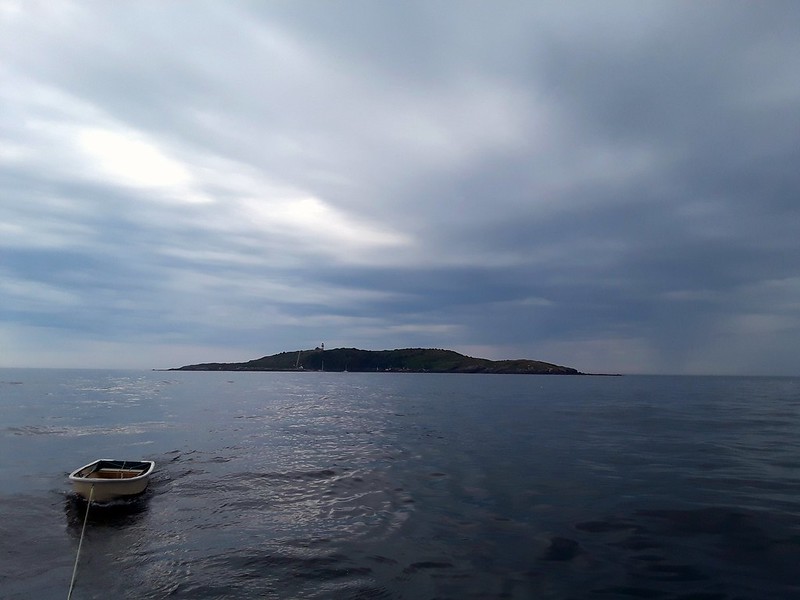