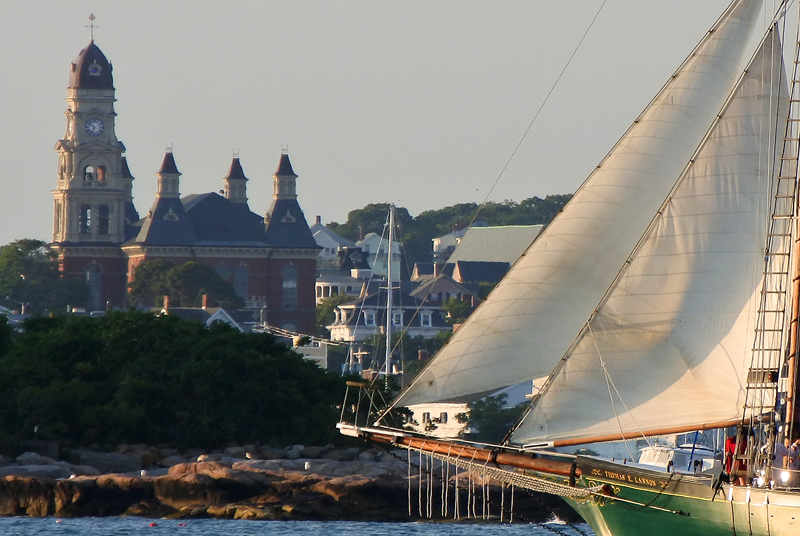 Back in truly familiar waters, the sail from Onset to Plymouth totally rocked. With the usual on-again-off-again sailing through the Bay we blazed in under main alone, you know, like we do.

Starting the ride on a screaming fair current, the Cape Cod Canal spit us east into the bay with the same name only an hour and a half later.

I (James) had almost forgotten how slick it is to max out the days at 6 hours. I mean, sailing in the world’s ocean on long offshore overnight adventures is cool and all but a true gunkhole-cruiser has coffee in the morning, waits out the foul current, adventures for a few hours, makes their two hour approach, puts the hook down and pours the rum.

We have done quite a bit of both kinds of sailing this year and I have to admit, I like a short day. Coastal cruising can be a lot of fun because you get to see so many estuaries, river bars and anchorages along the way but it can also be kind of a drag for the same reasons. Dedicating four hours to going into and coming back out of a place like Plymouth, Mass, can be a long and arduous task if all you want to do is get from point-A to point-B, like say New York to Boston. Gunkholing a run like that takes patience and abilities that you don’t exercise going offshore.

The next day we sailed out early until the winds completely died so we motored on into Hull, Mass, for another weekend hideout in the middle of everything!

A “special anchorage” is a designated area where you don’t have to show an anchor light or dayshape. They are primarily filled with moorings at this point in history, so we rarely enjoy that flexibility.

Hull is an exception. There are two large special anchorages empty of moorings south of the island that protects the town docks and the packed-full mooring fields. To our pleasure, we weren’t plagued by wakes as we’ve been so many other places. We discussed going ashore where someone else would make pizza for us, but in the end we didn’t want to give up our bubble of, safely distanced, happiness aboardship.

The weather was in a settled summer pattern and the iron genny got a workout. We stretched the winds as far as we could, though, partly because it was such a pleasure to watch the LoveBot work.

Once again, we skipped Boston for the out-lying Harbor Islands then struck the staysail and the Yankee for a downwind run under mainsail alone with a building following sea across Massachusetts Bay. It was an awesome ride! How can you blame us for doing the whole bay in one day when Gloucester is so photo-ready?

The schooners paraded, as did the recreational sailors.

And sometimes, they danced.

Then there was the perfect sunset glow…

It was a practical stop as well as a scenic one, and we did go ashore. Sigh. Once that nonsense was done with, we loaded the dinghy aboard and prepared ourselves and the boat to round Cape Ann.