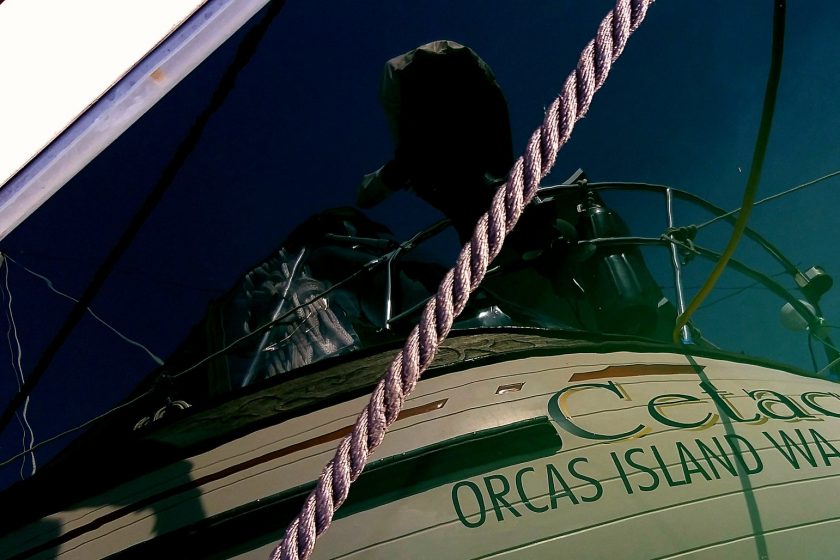 It’s the only work worth doing!

When I (James) posed that hypothesis to a woman on the docks in East Hampton, New York, she laughed at me and replied, “Motherhood is the only job worth doing!” And I, of course, replied in absolutely the worst way I could…

I laughed, deep from the gut, completely speechless.

…I no longer have that job.

Feet on the docks in Boston, I went to work proving my worth to my new crew by finding all the things wrong with my new environs, documenting them, and silently, stealthily fixing everything, making it look easy with a wink in my eye and gleaming smile on my totally manufactured mouth, all the while inspiring my new coworkers to continue to perform admirably.

And Dena, she got to to do the only work worth doing.

From my perspective she inspired and activated an entire marina to get to work, for their Indian Summer days were surely numbered!

Every single one of the two-hundred or so people living and boating off these docks had to stop and admire the work she was doing on the caprails on S/V S.N. Cetacea.

It’s no joke. I (Dena) had more conversations since starting this project than in the six months prior to arriving here.

These caprails are about four millimeters thinner than when they were installed, so the fasteners were showing all over the place (having busted their bungs). Rather than sand them smooth, losing another couple millimeters of thickness, we decided to fill the grain with West System G-Flex and go from there. Next steps: prime (2 coats) and paint (3 coats).

Meanwhile, I also got the key to being a bike-only family.

Color me thrilled! They don’t seem to be making these anymore, so I felt lucky to find one.

We also sorted a couple of odd problems…

We’re pretty confident that this was done when the fuel tank was replaced by a previous owner. The PO or their minion cut the propane solenoid switch power cables and spliced in some more so that it would lead around (rather than over) the new tank. Of course, that means 8 butt connectors in a damp environment. We fixed the butt connectors, but running unbroken cable is on the to-do list for later.

Another strange thing about this boat is that there’s no dedicated negative bus bar. Whoever put the system together used the electrical meter’s shunt instead. What a mess! And one cable fried its end meaning…yep, we fix it and now everything’s fine again.

And that whole thing gives me hives, so there will most definitely be a redesign! Of course, there’s a different large project that is now in its initial phases…

I kept what I could and dumpstered the rest.

These projects (among others!) have given me a significant boost in feeling part of the neighborhood. With James working for the marina and me working on the boat, we’re becoming established faster than ever before.

But down belowdecks Dena was turning our little whale into a winter belly we could thrive in every morning. She draped our shitty cushions with the textiles we brought back from India, turning brown into autumn with a single wonderful idea.

She starts every day freshening our home by touching, cleaning and interacting with each part of our living environment.

And from my (James’) admiring perspective, it seems only after these duties to her Cetacea can she let loose and get lost on the prodj.