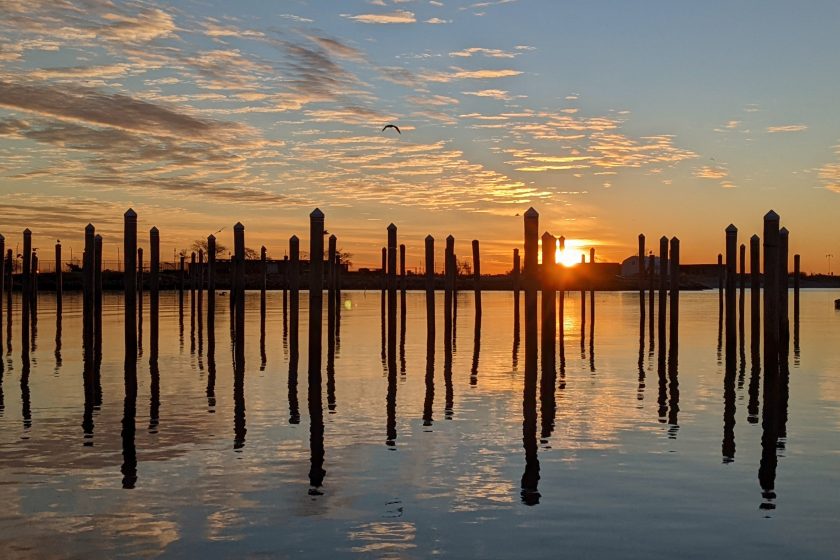 So, the past two weekends we finally did a project that we’ve been wanting to do since we got S/V S.N. Cetacea…

We isolated our starting battery away from the two house banks and built a place for it in a whole new environment.

First we disconnected the only group 24 battery from the two group 31s in bank 2. The cabling ended up being longer than expected and, yes, a negative cable leading nowhere was revealed and, yes, more deconstruction had to happen than expected, but we were encouraged by the perfection of the guy in the battery’s new home.

Same day, we built the platform for the battery into the new box (actually under the settee for the nav-station, aft to starboard). Looking at the new battery switch (a keyed on/off), we realized that it had an awkward cutout size. We debated using the jigsaw, but it would have been hard with the house battery switch right there.

This was one of those winter time projects that you can take a couple of weekends to get done so we ordered the tools we needed to complete the work and enjoyed the rest of the weekend.

This weekend, after we got the new hole-saw for the new on/off switch, Dena cut the hole, installed the switch, a new 50 amp fuse block and the ACR (for combining charging amps between the start battery and the house batteries) while I went to work building cables. I managed to keep handing Dena a newly constructed cable just as she needed one. We had a good pace with each other.

…then we loaded the locker back up and started the engine, done! The alternator feeds power to the start battery and, when the voltage recovers from the starter’s hit, shares that charge with the house batteries.

We’ve said it many times before that we were doing the upgrades on our systems as they present themselves as necessary. Even though this particular upgrade was a bit overdue, we got to take our time to do the research, trace every lead, build the new system to ABYC standards and actually have a lot of fun making it happen. So I’m glad we waited for the opportunity to do the project together correctly, once, so it’s a system we can rely on until we chose to upgrade to a better (electric) motor.