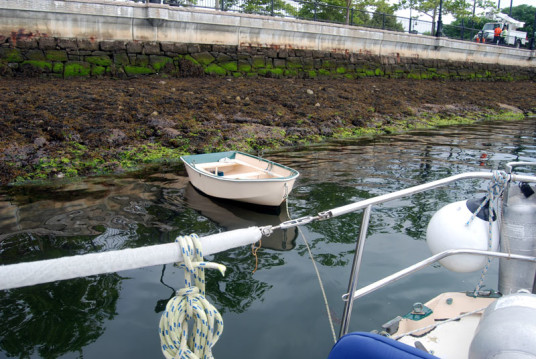 The two days we spent in East Boston, working on a 50′ 1974 Grand Banks – a wooden pleasure-trawler, not a sailboat, not even close – were a great investment. A customer from West Marine hired me (James) to survey the boat for most immediate projects. The list I came up with was overwhelming for him, to say the least. He, in turn, hired Dena and I to come to his boat to work before sailing Down East. He dangled large figures, trying to get us to stay and bring the boat up to cruising condition. We gave him two days. 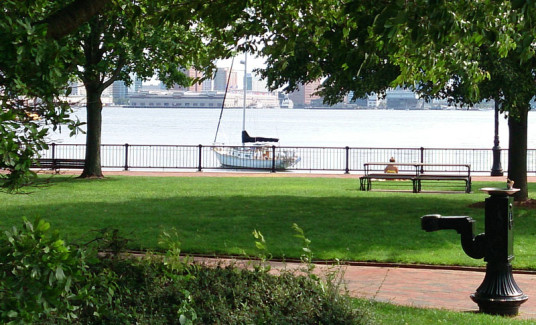 Actually, we gave him nothing. He paid us well and we did a great job. Now we have another couple months’ worth of cruising kitty. Thanks, Don!

It also gave us the opportunity to surgically anchor in Piers Point Park again, just like last year. Fore and aft anchors, lots of rode but not too much, and even so, the dinghy nearly went aground as you can see in the first photo. 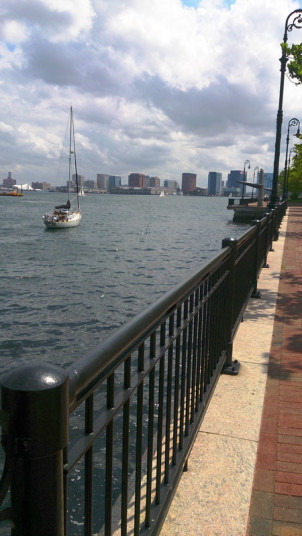 Yesterday, James weighed the stern anchor with very little hijinks outside of something weird that was hiding in the depths of an ancient harbor. It put some significant chafe on our anchor rode. I (Dena) played with the motor to keep us off the rocks behind while he then switched to the bow anchor. An exhausting, terrible, muddy event. Four hundred years of American industry slime coated every part, and he piled it all on deck to be washed.

Landing the boat in a little basin for fuel and water was simpler than it promised to be. One of my captain-teachers said never to approach a dock faster than you want to hit it. I love that rule, but there’s a corollary. Never approach so slowly that you end up being blown away before you can get tied down.  I thought the physics of those two rules would be confounding, especially with little more than the length of the boat for maneuvering room, but I snugged us up easily.  Of course, we did have two line-handlers on the dock. Thanks again, Don!

He came to see us off and try, one last time, to entice us to stay. 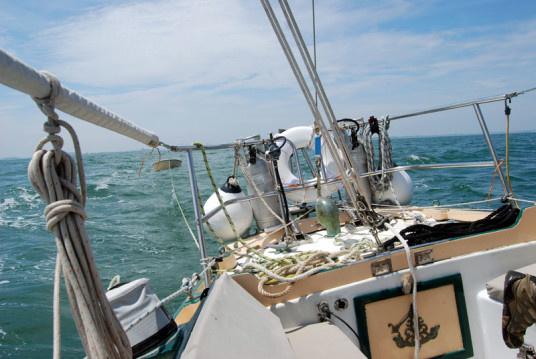 Even when we motor, we use the main sail for additional power and to ease the ride. It was loud, but wonderful. We saw real ocean water for the first time in a while, tacking out into the Atlantic before heading north for Gloucester.

We tacked at The Graves. 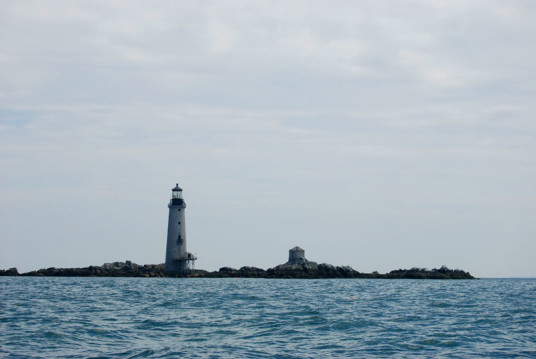 Unexpectedly, the light and island aren’t named after the string of dangerous, uncovering rocks in a line as though blocking boats from entering Boston Harbor. They’re named after Thomas Graves, an English rear admiral killed in battle against the Dutch in 1653. (Suck it, West Coasters, with your “historical” hundred year old buildings.)

It’s now owned by some rich person with a lighthouse fetish.

Regardless, it’s still 11 miles offshore from downtown Boston, out in the big water and battered by weather. Just sailing past it makes a person feel epic. 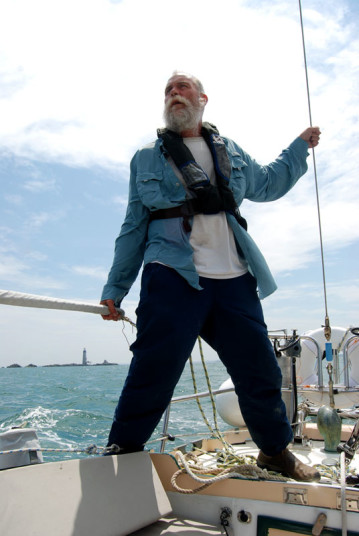 Since we tacked out past the coastal current, the turn north brought good speed and kindly wave action. We spent a few hours enjoying being out on the water, watching cartoons on our Simrad NSS9 evo2 that showed us approaching Gloucester Harbor as per the ETA. It was still sunny, but with a smoggy grayness that presaged the coming storm.

Which is an exciting word for the quiet, easy rain we had last night. It held off until we’d anchored and put everything to bed, including ourselves, and rinsed away the salt from the trip. 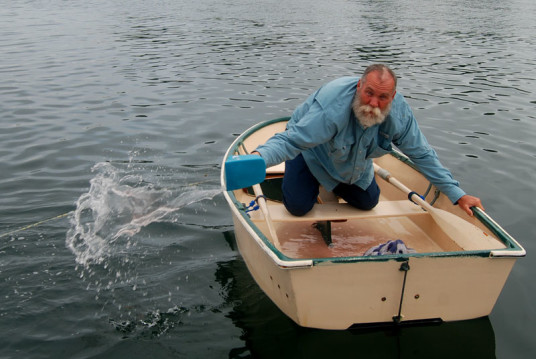 Quite a bit of rain.

No wind, though, and another day of motorsailing sounds less fantastic than a quiet day at anchor in a picturesque harbor. So far, the local wildlife is highly amusing. 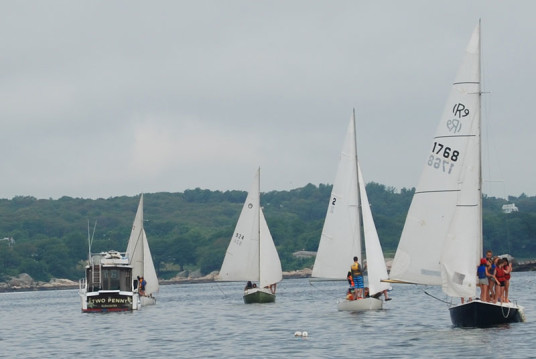 Also, a couple brought their dinghy out to meet us.  Their boat is a Pearson Vanguard, the little sibling to our Chesapeake 32. Not in size, but in age – they’re almost the same boat, but the Vanguard was altered slightly for a non-Chesapeake-based clientele and produced after ours.

This morning, they headed to Boston to cruise the Harbor Islands. On the way out, they swung by to tell us about the best breakfast in Gloucester – Sailor Stan’s.  Sounds great. 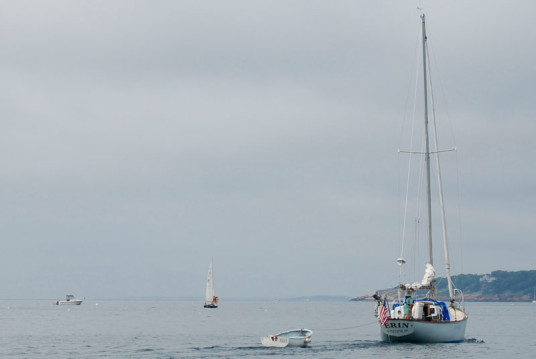