So, here’s the story.

When I was 19 years old, I sat in Denny’s, 100 yards off of I-5, and looked out the window at the traffic. I had failed to achieve an Associate’s degree from Big Bend Community College due to sleeping through every single phys ed class during the spring quarter. I had decent grades in solid courses otherwise and it really chapped my ass to think of going to Big Bend again just for three PE credits.

There I sat, talking desultorily with my friend Megan. She and I had some things in common – mostly a willingness to be considered different, even nasty, and a serious boredom with Moses Lake. She had a shaved head and almost always wore a baggy black hoodie, often with the hood up but perched slightly back on her head, so as not to hide the bristle that she enjoyed shocking people with.

When it came to friends in the Greater (tiny) Moses Lake (Moses Hole) area, Megan was the one I hung out with most comfortably. I had been friends longer with Maurya and had deeper feelings, but those feelings were a bit mixed. She wanted to do so much, but didn’t seem to be making it happen.

Megan was a drifter. I had no idea what she wanted in any long-term kind of way. My memories of her smiling are sweet – sweet smile, earned not automatic. Unlike Maurya, she wasn’t driven to do anything in particular, but also unlike Maurya, she didn’t see impediments everywhere either. It was lucky for me that she and I were together that night.

Watching the cars drive by, I brooded on the fact that I had lived in Moses Lake, of all places, for six years. That made it my longest dwelling spot ever. As an Air Force brat, I enjoyed the fact (and the idea) of being on the move, slowly seeing all there was to see. I had lived four years in Atwater, California, three years in Beebe, Arkansas, two years in Edwards AFB in the Mojave Desert. The earlier places were fuzzy in my head, being four years old when we left Plattsburg, New York, and two years old for March AFB before that. I had been born at Sheppard AFB in Texas, but left there before I was a year old.

“You got a fast car,
But is it fast enough so we can fly away?
We gotta make a decision.
We leave tonight or live and die this way.”

Don’t laugh. I love that song. Tracy Chapman is an amazing storyteller. I never thought I had anything in common with the people in her songs – they all seemed to be living hard lives and mine had been pretty smooth sailing up to that point. But suddenly I realized that it didn’t matter why you stayed. If you don’t just get up and go, you’ll never make it out.

I looked at Megan with the knowledge that I was leaving. All that remained was the details. I got lucky. Megan wanted to leave as well, and the very next weekend we drove to Seattle, found an apartment, and signed a lease. We came back to Moses Lake so that I could work out two weeks’ notice for my good friend and one of my favorite people on earth, Shannon Stuber. But two weeks gone, we drove to Seattle and moved into our new apartment. There were no ceiling lights and we had no lamps, but we thrilled to just being there. Everything was better – the weather, us, even the music. We found the UW college radio station and had our minds blown by sounds we’d never heard before. We absorbed our sense of place and listened to the radio in the dark. 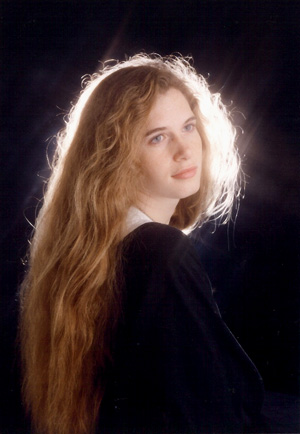 Thirteen years later, James and I had adventures galore under our belts. We had sold the boat to free ourselves up for travel and we just needed to settle in somewhere with low living expenses. We wanted to be near my dad for a while, and we looked at each other in wry consideration. Dad had moved back to Moses Lake “for the summer” but was still there in January while we were making our plans. I shrugged and said, sure.

So I moved back to Moses Lake, and I’ve been here for seven months. It’s been too long in a lot of ways, but one thing that Moses Lake has always been good at…making me want to leave.

Within two months of arriving here, I was twisting and turning, seeking a way out. Of course, you can always just leave, but I wanted to move toward something, not just away from here. Getting stuck in Akron didn’t sound better than being stuck in Moses Lake, so I needed to plan.

When I was 32 years old, I sat in Bob’s Cafe, 100 yards off of I-5, and looked out the window at the traffic. I knew that I was leaving Moses Lake and was just antsy over the timing. James and I planned to go to New England and check out the Atlantic coast. We applied for jobs at the Virginia Beach West Marine but hadn’t heard anything back. Our friend, who was going to manage it, quit right before flying over there and joined the Navy, so there was no guarantee. Our plans, soft though they were, were in place and we were practically on our way.

Still, I sat in Bob’s and restlessly circled around the arguments in my head. I was not terribly excited to be moving to Virginia. We had sold our boat, getting completely out of debt, and given up that life in order to get the hell out of Dodge. What were we doing? Spending $1500 in gas alone to move to Virginia? Building up another $5000 in debt that we’d barely pay off before the restlessness overtook us again? This wasn’t getting us out of the country.

I looked at James. “Maybe we should just go to India.” There it was. What I really wanted.

James replied, “Yeah.” I stared into his eyes and showed him everything I was feeling. I started to talk.

The waitress checked on us several times, but we had been there for a half hour before we even looked at the menu. In that half hour, we completely changed the way we were looking at our options. If we were willing to go $5000 in debt to move across the country, why couldn’t we spend that money on something better? By saving as much as we could until we left, we could pull together enough money to get us there. If we moved to India, we could spend that same $5000 on six months of living expenses, dedicate ourselves to finishing and selling our books, and call it an investment. People sink worse money into crazier schemes than trying to write and get published.

On this, my last day in Moses Lake, I bow to the town I love to move away from. It’s not so bad. There are good people here, like everywhere, and times are catching up. I didn’t get stoned to death when I came out of the closet at work. I had a couple of decent sushi meals. I had a great pasta dish at a relaxed but nice restaurant (Pasta Gabriella at Dana’s, you should check it out).

So thanks, ML, and goodbye. I can’t imagine ever coming back, but stranger things have happened… 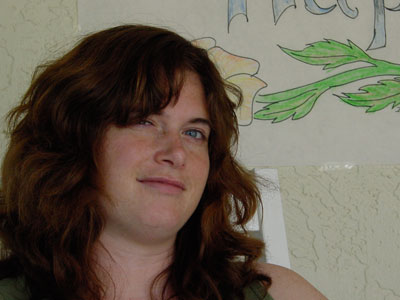