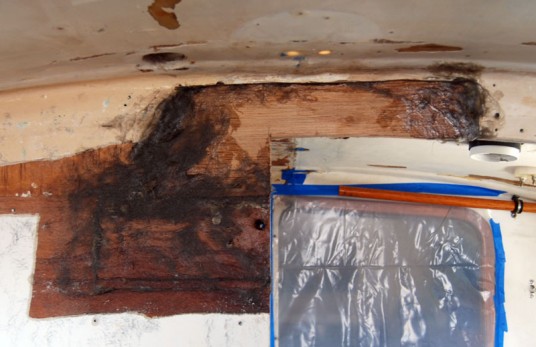 This is structural filler.  It’s also called cat hair, because it’s shortish strands of fiberglass chopped up and mixed into an epoxy resin.  It comes in a big can with a small squeeze tube of hardener (like bondo).  Its working time is only about 5 minutes, so I couldn’t make up batches that were too big.  Kept having to dig more out and mix it with more hardener.  I was doing all this by hand, so I went through a lot of gloves.  I like the feeling of it on my fingers, though.  Through the gloves, of course.

And on the back side. 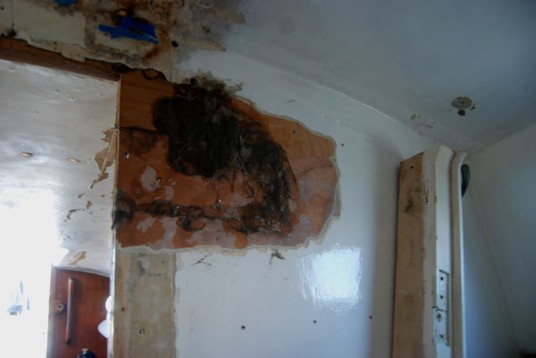 Meanwhile, I decided that the wavy fiberglass near the settee was a drag.  Someone repaired the other side of the bulkhead at some point in the boat’s history, and the fiberglass was delaminated from the repair.  Or never had adhered.  One or the other.  So I chiseled out the stuff that wasn’t stuck. 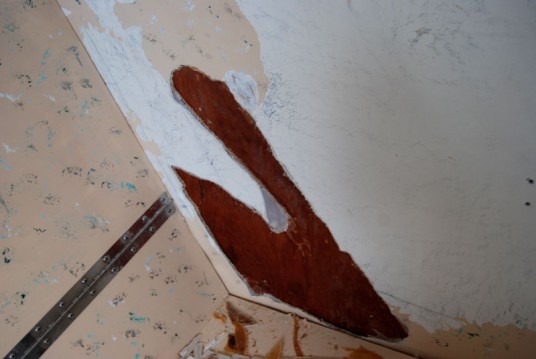 This picture was taken after I filled some remaining gaps with epoxy mixed with colloidal silica.  That’s why it’s shiny.

That’s a drag because of the fiberglass aspect.  It’s best to make the structural filler fit the repair as best possible, but I was hurrying and left some pretty good sized lumps.  The sanding blows fiberglass bits at me, so I gear up. 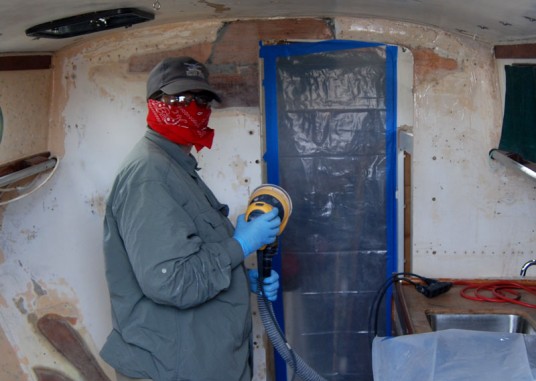 With the delaminated section and the filled section sanded, it was time for the fairing compound.  I like this stuff once it’s mixed into the epoxy, but it’s a light dust and I always end up coughing while I mix it up.  Oh – maybe I should try a dust mask…hmm… 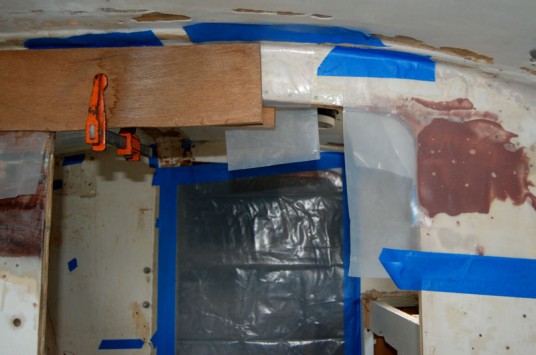 The clamped-on wood was supposed to help make the shape match the tabbing on either side.  The wood was too thin, though, and it warped a bit in the middle.  Oh well…

And the delaminated sections below. 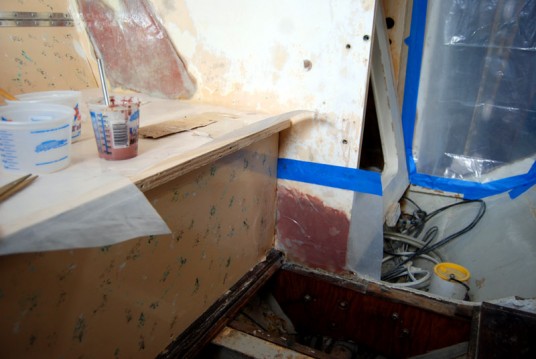 While I was doing the fairing, James was working on the compression bar. 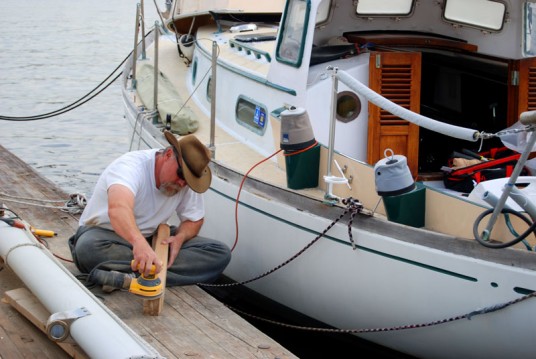 He put a lot of work into that thing, and it looks great! 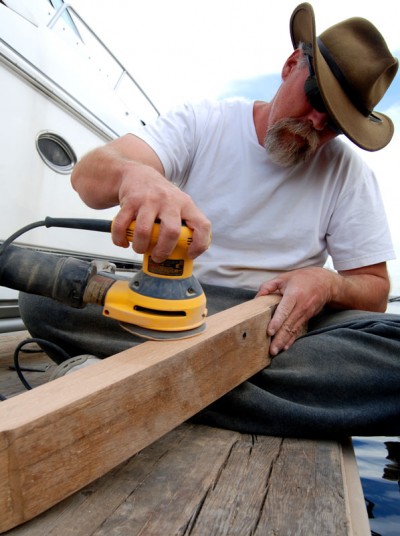 And when he was done there, he came aboard to see what I’d been up to.  It seems that fairing compound gives him the same urge as wet concrete… 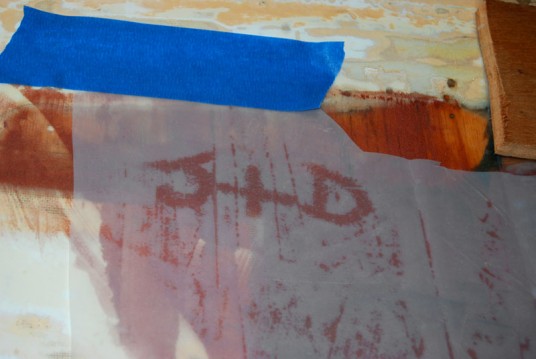