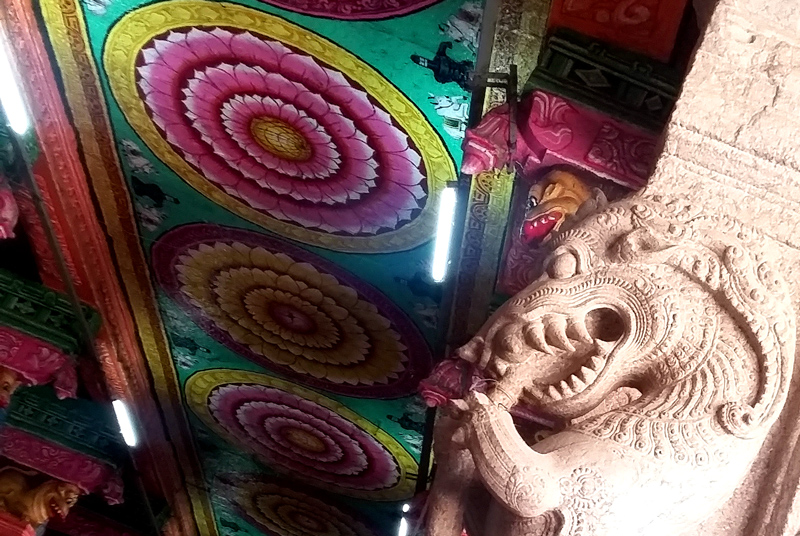 If you’re thinking what I was thinking, yes! Meen as in meen kappa (fish curry with boiled tapioca/coconut/tumeric), but in this case, Meenakshi as in fish eyed, an old-fashioned compliment for women with almond-shaped eyes.

You weren’t thinking that?

Anyway, once we woke and had a lovely breakfast of idly, vada, sambar, chutneys, and a couple new Tamilian dishes we enjoyed, life looked far more cheerful than it had the night before. (Short story: attempted mugging)

Setting off in the old streets around the Meenakshi Amman temple meant winding our way toward the center. This part of town was designed so that the streets are shaped like lotus leaves and the temple is in the middle. Specifically, I think, this: 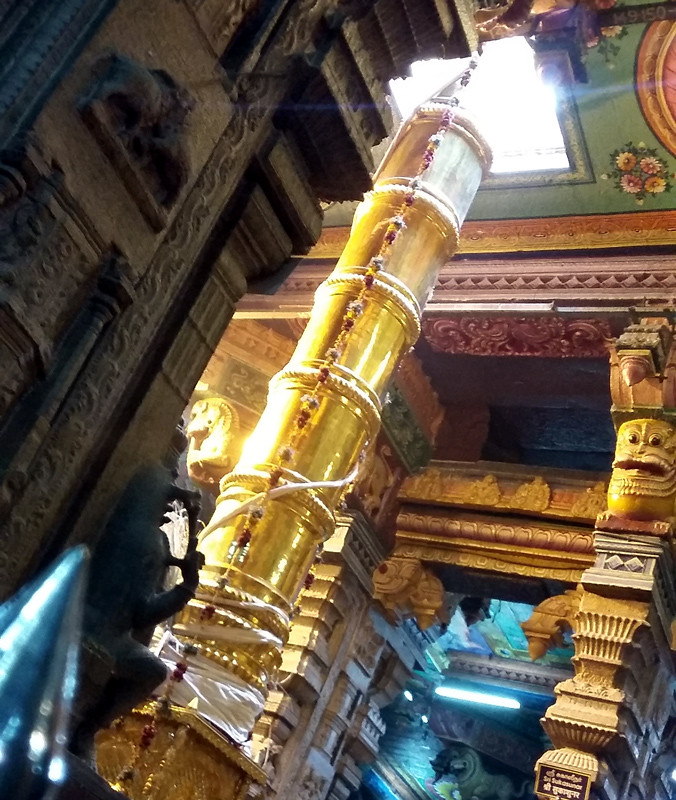 But that is most certainly jumping ahead.

We avoided entering right off the bat by going into the market. 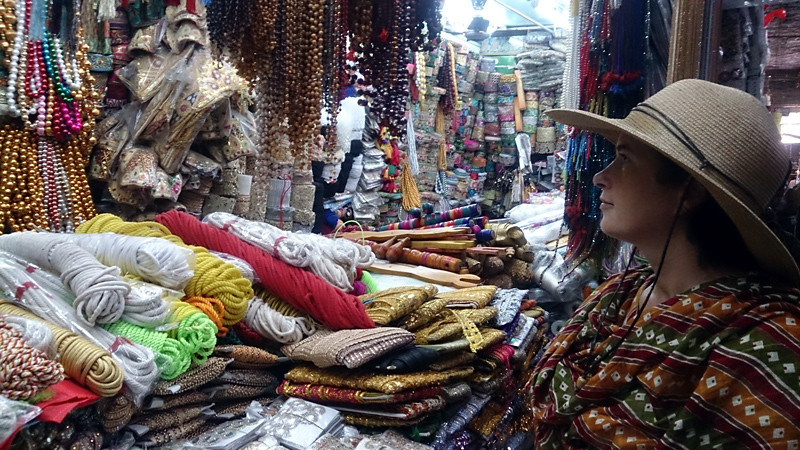 The bundles of trim and lace and ribbon fascinated me. 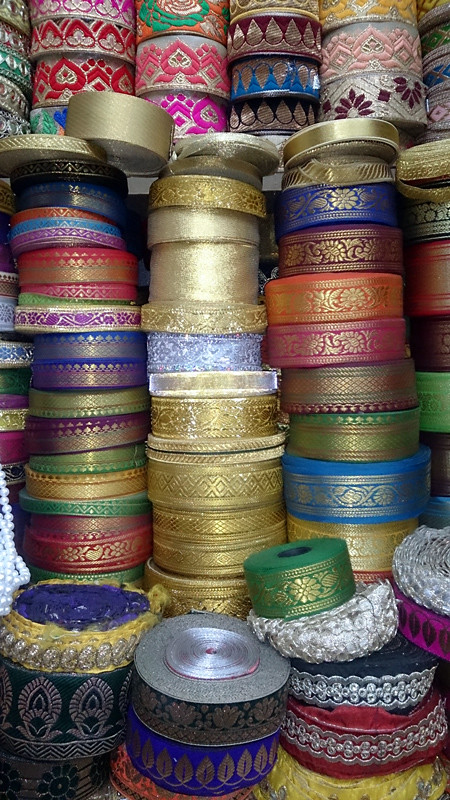 Any of my witches need a new cauldron? 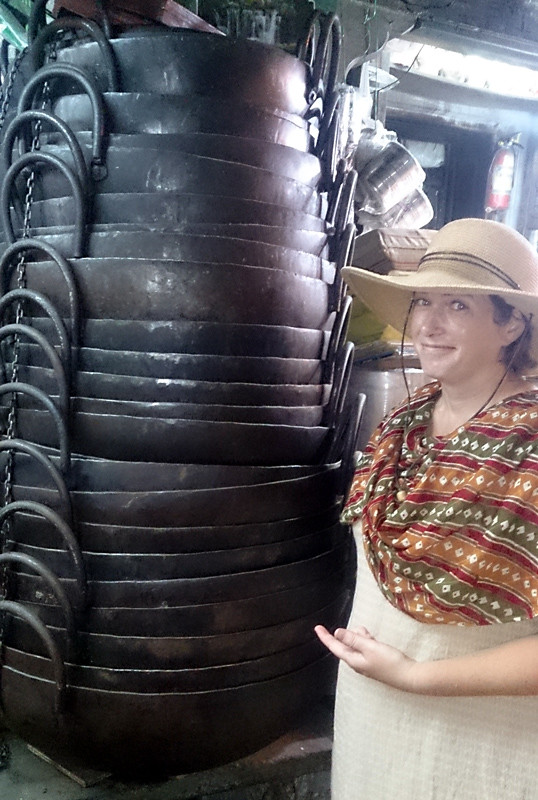 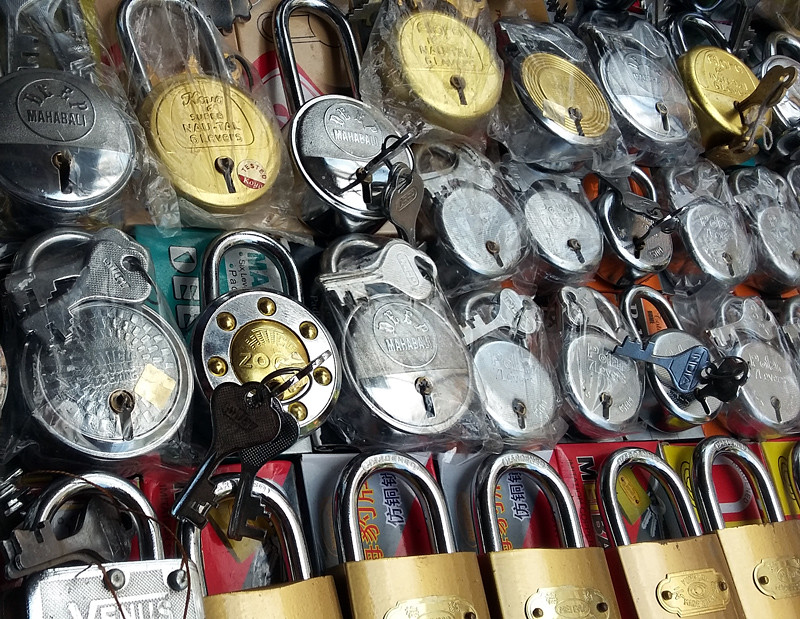 This temple complex covers 17 acres and the original temple is over 3000 years old, it was crushed by the Mugals (of course) and then rebuilt by the Hindus (of course) and it obvious what made it through the Mugal sacking (below). 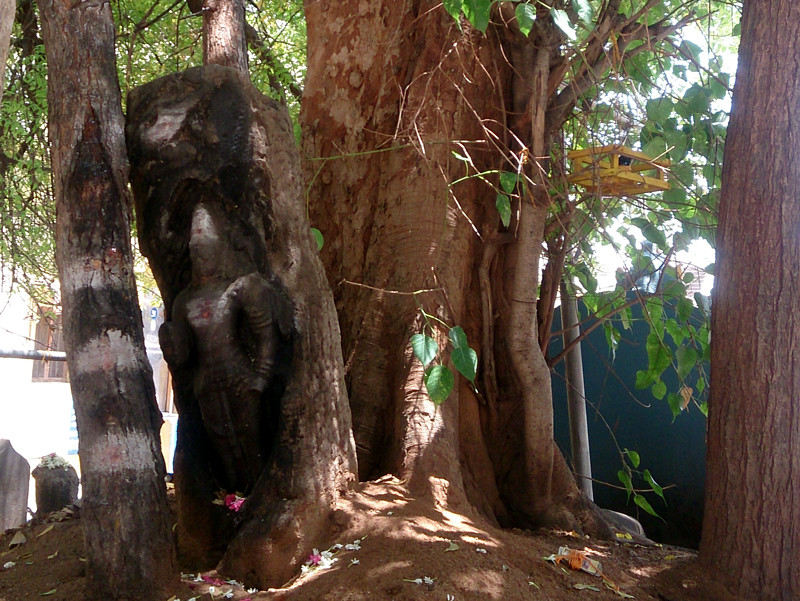 Non-hindus aren’t allowed in the actual shrine, but the galleries surrounding it are beautiful in their own right. 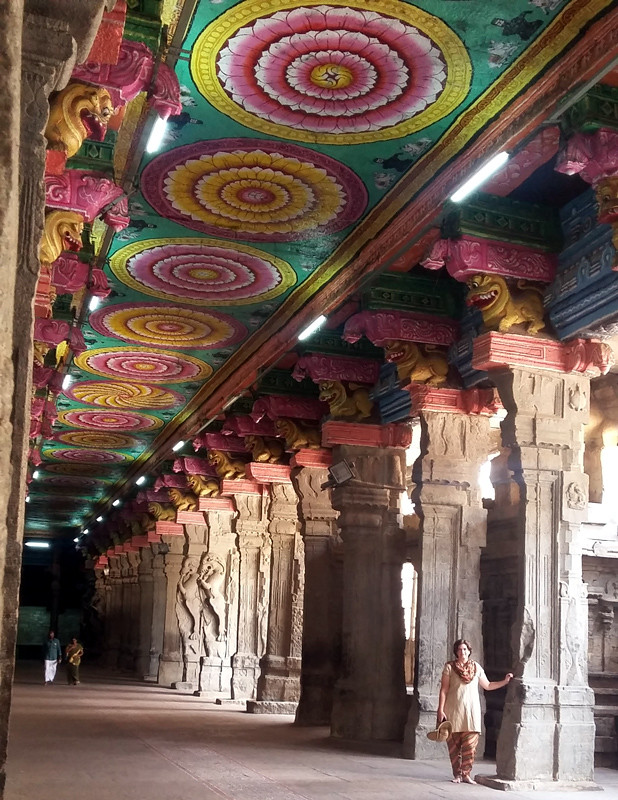 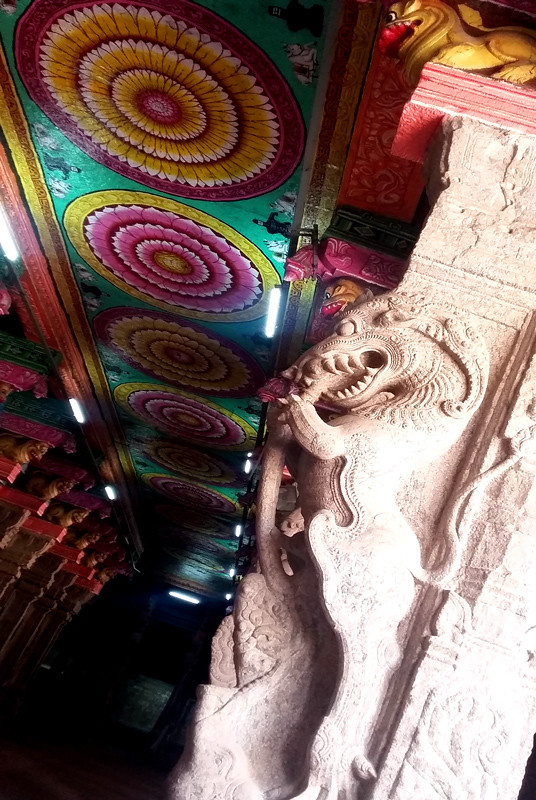 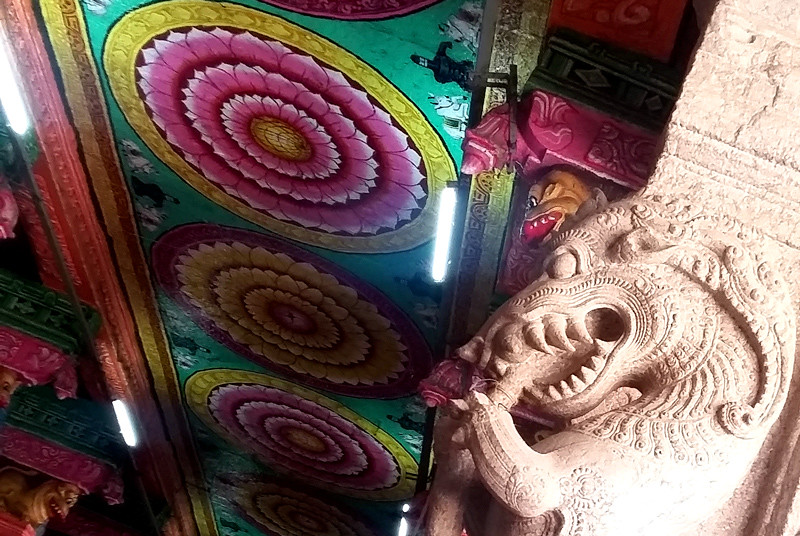 Even the workshop area has gravitas and incredible lighting. 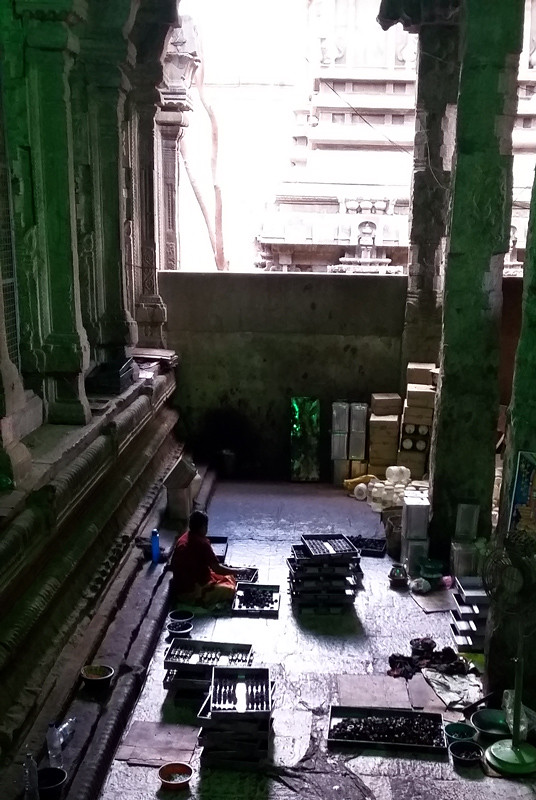 I am amazed by the loving care given these statues…actually, I don’t think it’s insulting to call them idols. I saw a bus called the “Passionate Idolators”. 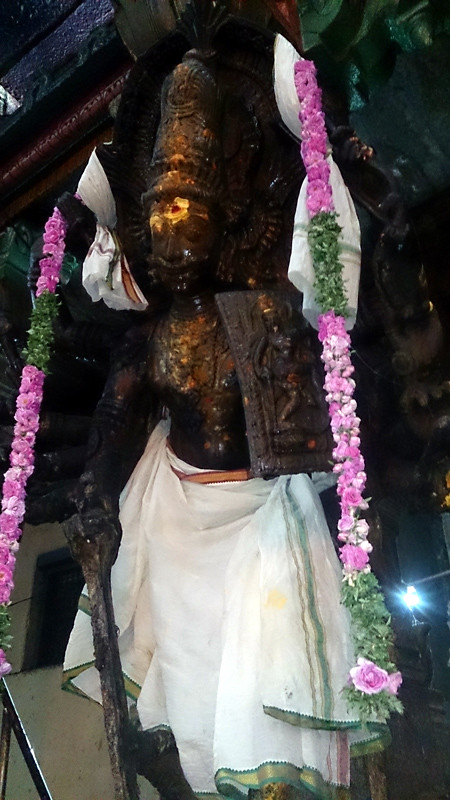 This stone figure has been rubbed with so much ghee that the stone looks hot. She’s standing on a peacock, but it didn’t make it into the picture. 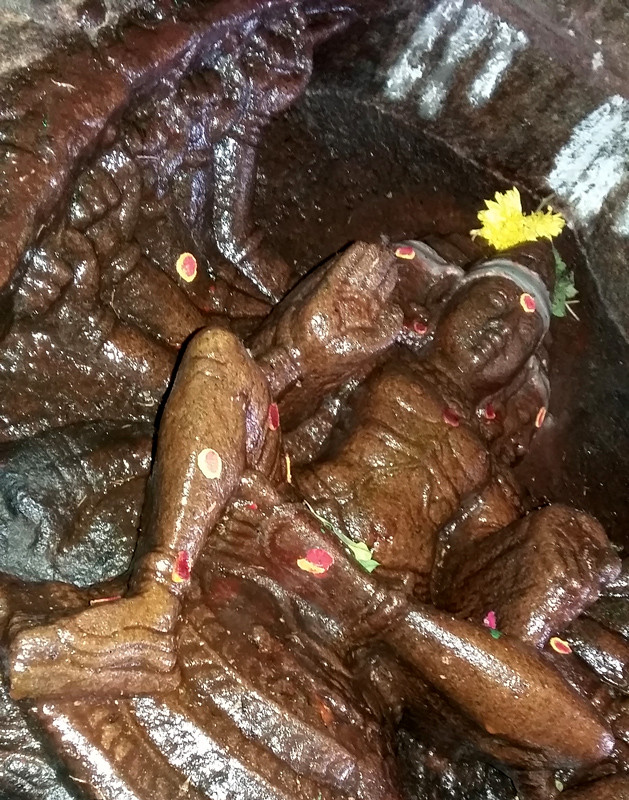 Every building is shot with beams of sunlight, and I’m certain that the paths of light were curated by the architects. 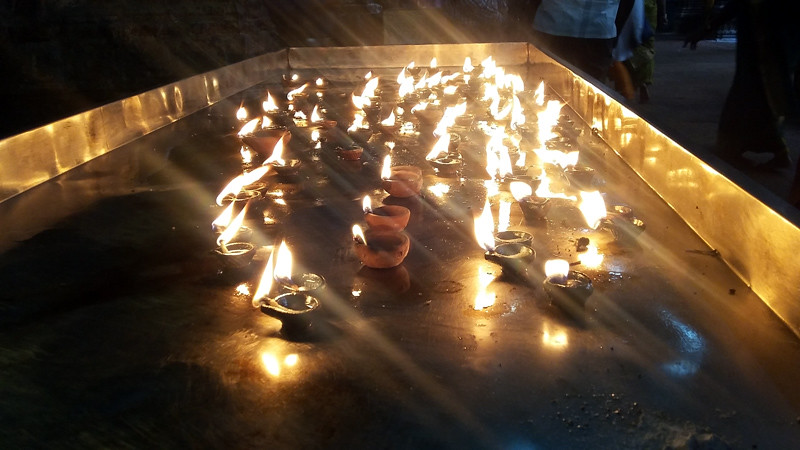 I’m impressed (as I’m supposed to be) by the architecture, but the outdoor settings still say the most to me. 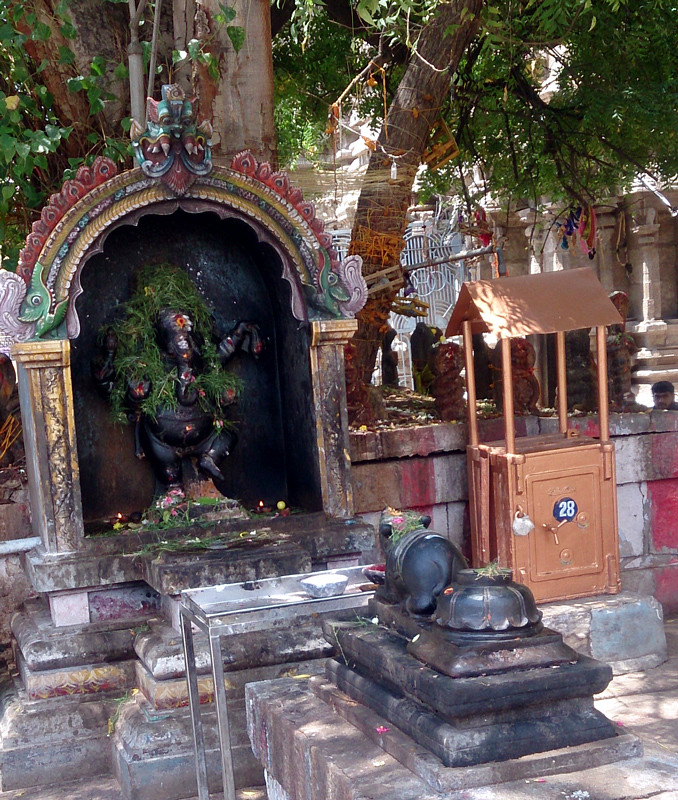 The figures are hard for me to tell apart, though they all have defining features I haven’t learned. Some are terribly impressive. 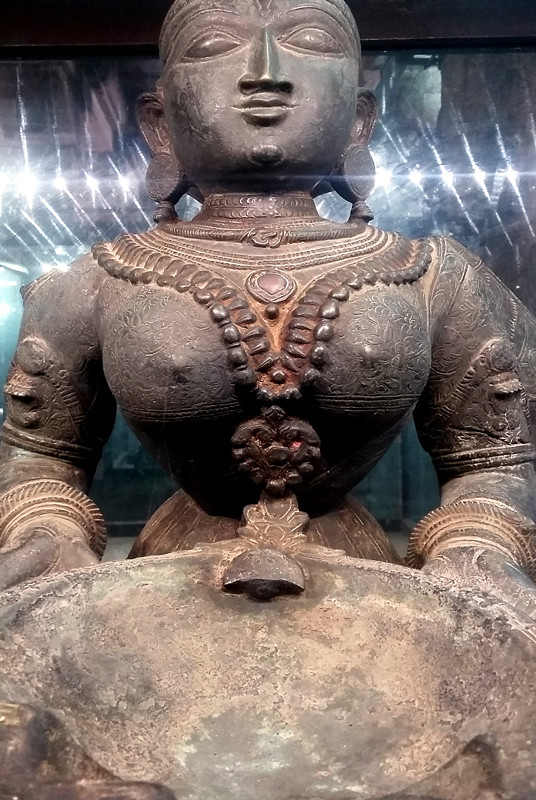 I don’t think this is a god, but that’s hard to believe. 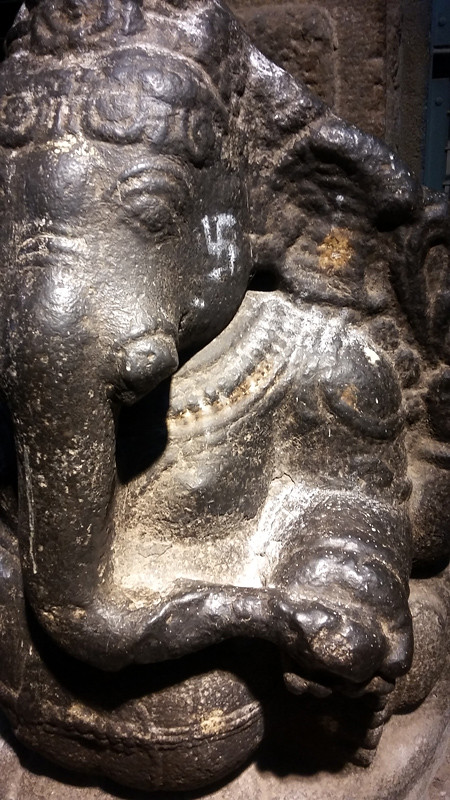 And the human element is pretty impressive too. Friendly people and lots of selfie requests. Yes, I know we’re not actually rock stars. No, I’m not going to turn folks down when I could have a great short conversation instead. 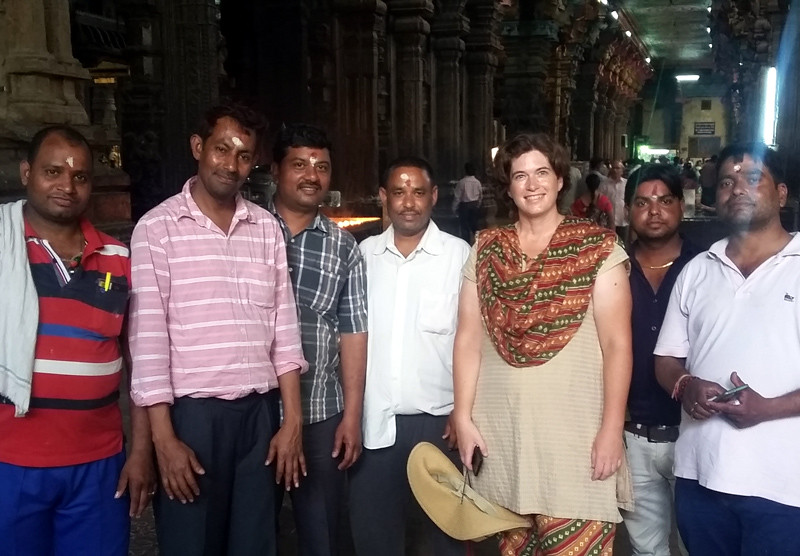 And this nice guy from Chennai offered to get a picture of us together. What a rare event! 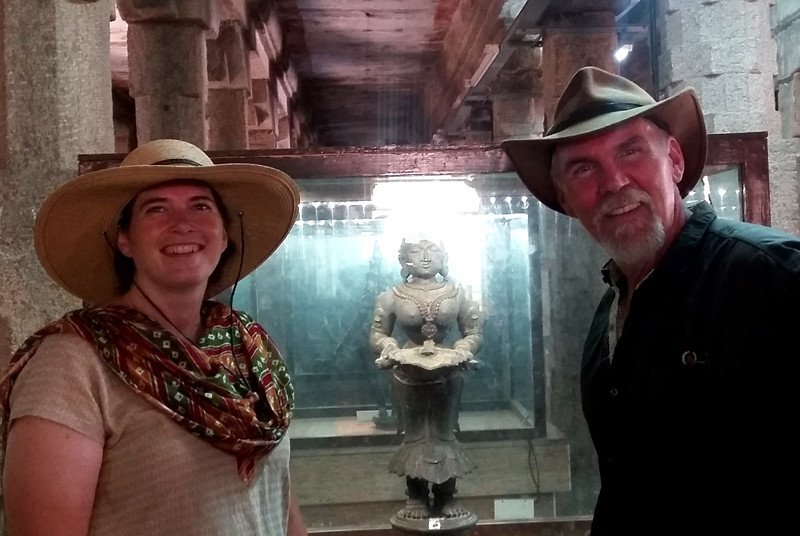 Hey that guy has some new permanent teeth (made in India!)