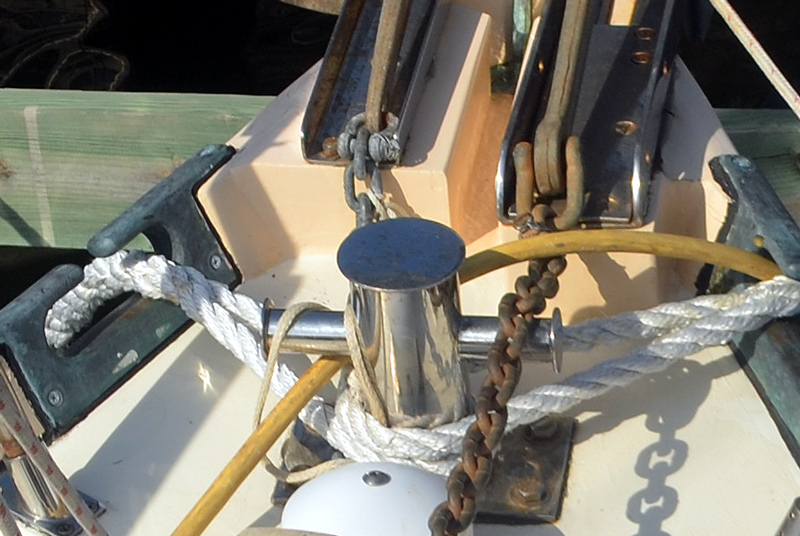 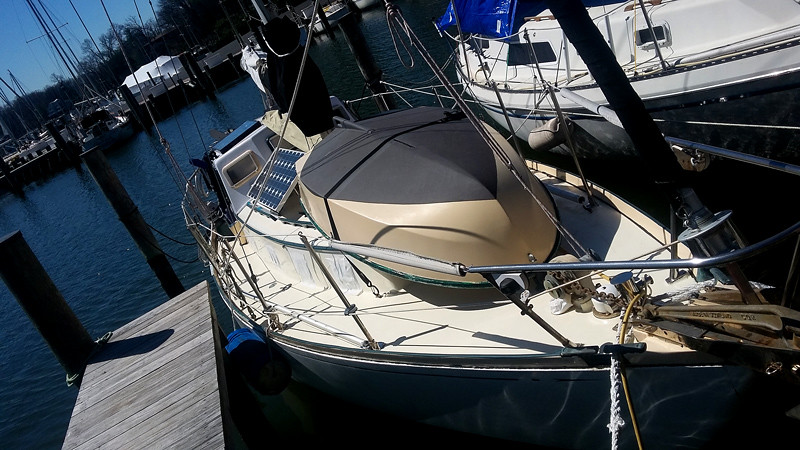 We have definitely arrived!

Our crew here in the MRE dressed our boat up like an Easter doll for us! The guys at Coastal and Bacon, and our very own Kate Bishop, took care of the nervous-parent checks and saved the boat from going down while we were gone. The news of several inches of water over the floor boards freaked us out when we were in India, but they make shit right. By the time we showed up, the cleanup was minimal and the to-do list consisted mainly of readying the boat for a sailing trip. 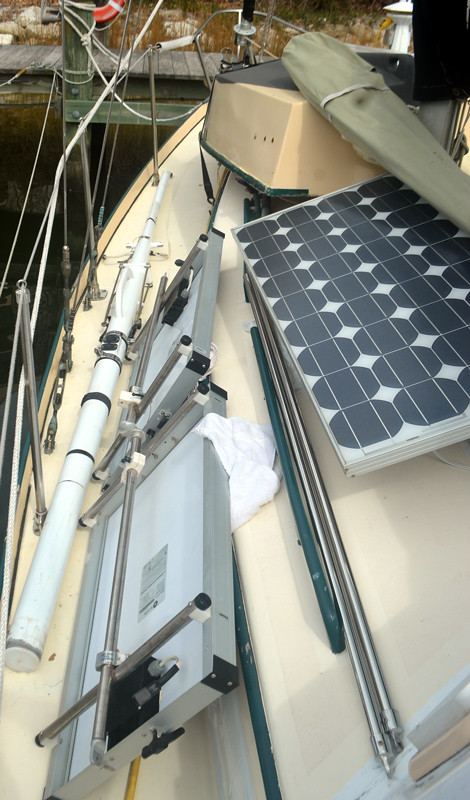 After getting the engine running (replacement starter, air filter, and alternator belt), putting the boat back together was an awesome adventure. Like we’ve said so many times before, engine work sucks for us both so it’s always the most nerve-wracking part of our “returning-to-the-boat-after-a-stupid-long-time” duties.

Now the engine runs fine and we decided to move forward on the “Twin-Primary House Battery System” (TPHB). Dena says, “I’ll buy an acronym for $400, Pat.”

The TPHB is a battery system that we read about a few years ago. Morgan’s Cloud is a boat with rich people’s problems, but this is one area where we can adapt the ideas to our poverty-oriented version of cruising.

The system allows you to draw all your 12 volt loads from an isolated 8D AGM battery until that battery is 50% depleted.  While you’re depleting one battery, the system takes all of your 12 volt charging systems (solar/wind) and dedicates them to a second, separate primary house battery that is not being drawn upon by your house loads. When you reach the 50% mark, you manually switch the loads over from the depleted battery to the fully charged battery. The resting battery will attain a higher state of charge than it would under load. We believe this will give us a much healthier battery cycling pattern, thus extending the already respectable life of our AGM batteries (battery one is in its 8th year). It’s cool and we’ll always have spare power just in case we want to finish out a season of Doctor Who in one night! 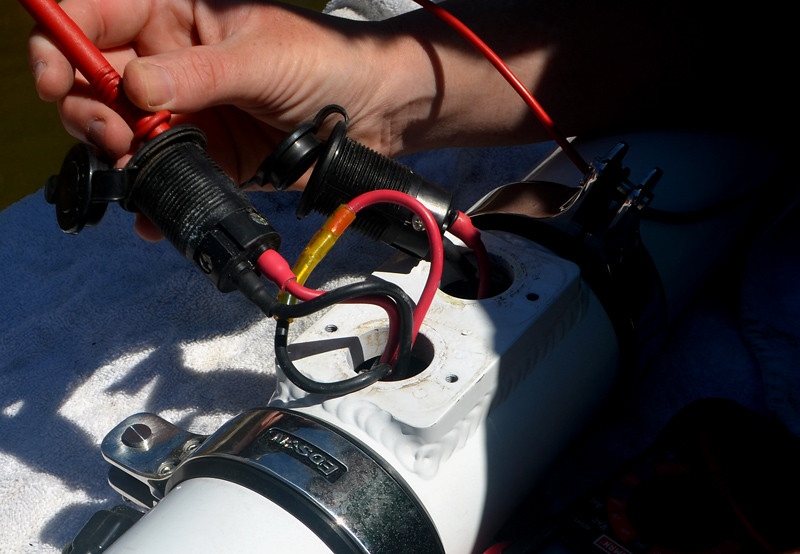 So we rewired the SolarStik for greater efficiency and set up a brand new Blue Sea ACR for bouncing that charge around. We wired the second battery compartment and got it all ready to get underway.

We did get a newer version of the same wind generator that we got with the Solar Stik so we’ll see if we can’t get a little more power out of this one (yuk-yuk). 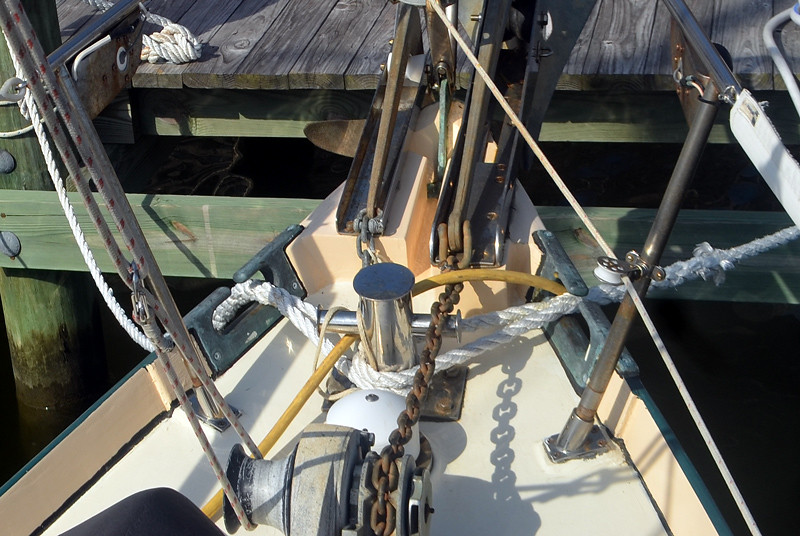 …But, all the systems are ready for that final go/no-go systems check we do, every time, right before any sailing adventure and guess what!? 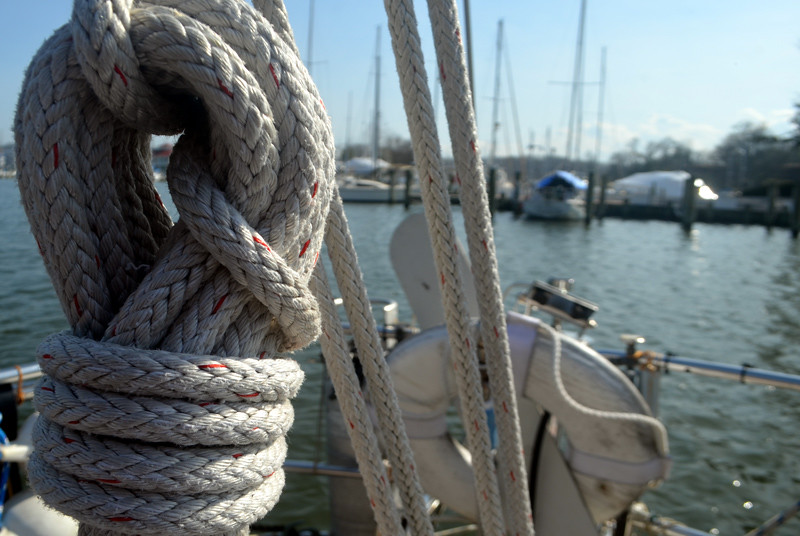