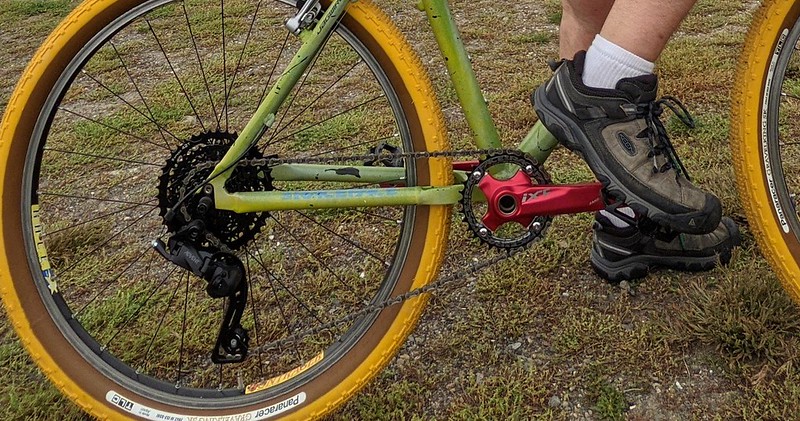 I’m so glad that James took care of the Beverly Port story. I was still wrapped up in getting our money back from them (first she said no refund, then that she would charge us for transient dockage and refund the rest, and finally backed down to keeping a prorated daily amount). Even with all that, I had to contest the (super-random) portion of the credit card charge she kept.

Blegh. Okay, I’m glad he wrote that because I’m still putting my anger into the past. It’s righteous anger, the kind that is a life lesson about how to not get stomped on, and yet it is over. We’re settling into our place in Lynn, and setting up for winter.

I liked the location of Bev Port because it cut about a third off my bike ride to work. It seemed sensible to plan for bad weather (and don’t get me started about the double La Nina and the Farmer’s Almanac). With this move, we went the exact opposite direction.

In the morning, I leave Seaport Landing Marina and head east until a huge roundabout swings me northeasterly along the beach. When there’s a strong easterly wind, the waves crash up and over the reinforced cliff, up and over the walking trail. Already, I’ve seen the waves cross the street.

No, they didn’t wait for the light.

Partway along the beach, I go from Lynn to Swampscott. From what a coworker tells me, Swampscott was a sleepy, lovely place to raise a family and has gotten more and more crowded, more and more developed. My answer had something to do with how it could be otherwise, population explosion, et-cet, but it is both a densely populated area and a place with luxurious amounts of land for each house…when compared to neighboring Lynn.

There’s a bit of sadness leaving the waterside each morning as the sun struggles through the horizon’s clouds. Crumpled land makes for a hilly transition from beach to the strip-mall mile, which is too busy for good road maintenance. Sigh.

I don’t believe I ever actually enter Clifton or Marblehead, though they’re just…over…there. My brief time along Hamilton Pond often provides the eerie beauty of thin grasses waving through sea smoke. Why is it colder there than in the miles before or after? I have mused on this as my cheeks crisp. The trails on the other side seem promising, but I’ve yet to pass there with enough leisure to take a look.

Somewhere in there, I think, society gives my surroundings a new name: Salem. Through a part of Salem I barely knew, I approach the place, after Loring becomes Canal, at which I hit the midpoint of my ride, 5.7 miles in.

As I roller-coaster through Salem, I’m getting myself loosened up and shaken out for the new-old part of the trip. I’ve done this section five days a week since last March, but it was a 10 minute warm-up leading to a bad-ass bridge after which I yoyoed up and down the rolling hills of Beverly to work. Now, I’ve come farther than I ever went before I ride upright for a while, resting my hands and wrists, and then tackle the bridge with seven miles under my tires.

There was a moment when I said goodbye to this view, with a real pang of loss.

And then there’s now. Only two little sailboats remain, neighbors of the couple of lobsterboats and the lone cabin cruiser that looks abandoned.

Have you noticed how few pictures I have? It’s a problem endemic to commuting. The top of the bridge is a good stop, with the slowing of my roll and the promise of an easier trip down. Pretty much every other part of the ride…is about riding.

On other other side of the bridge, I’m in the fourth town of my morning. From Lynn, through Swampscott and Salem, to Beverly, and I’m still 20 minutes away from work.

I arrive, I stretch, I work.

When I leave, I take a different route. Now that it’s dark for my entire ride home, the most important factors are safety and safety. The inland route has a couple-few cemeteries and a pond that protect my right side, a real boon in making sure I don’t get hit.

I leave Beverly for Danvers almost immediately and cross three rivers (Porter, Crane, and Waters) that feed into the one I cross in the morning. Pretty quick I hit Peabody (PEA-b’dy in case you want to sound like a local), pass an example of local humor (Lynnapesaukee Four Winds Pub & Grill), and do a fancy transition on a very busy street to the other strip-mall mile of my day.

From there, I feel like I’m almost home. It’s not complicated, though the road surface sucks. It’s not as dangerous as you’d think, though cars are very aggressively parked in the bike/bus lane. And it’s not as close as it seems. By the time I stand for the whoopdies in the waterfront park, my crotch is happy to leave the saddle and my legs are looking forward to the end.

Lynn to Swampscott to Salem to Beverly on my morning ride, and Beverly, Danvers, Peabody, and Lynn in the evening. That’s a shit-ton of towns.