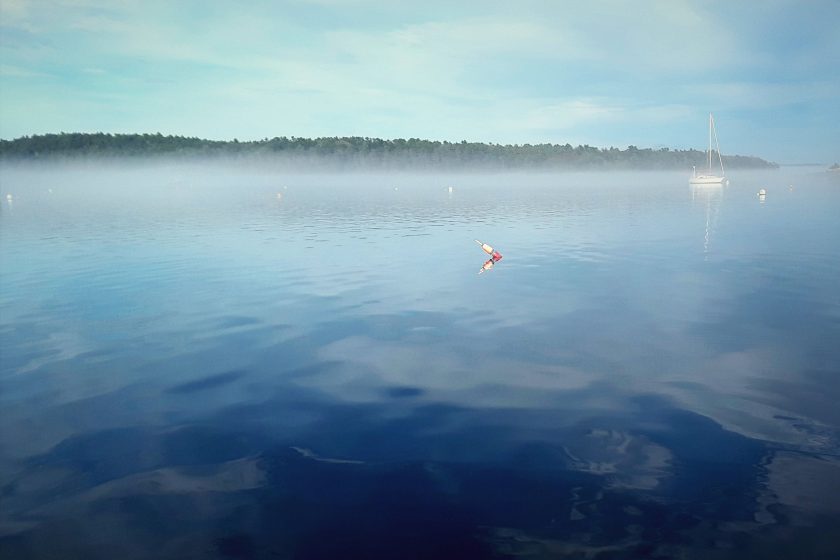 In 2009, when we returned to the U.S. from our first adventures in India, we were dead set on getting back on the water in a sailing vessel that we could customize into a boat that could take us around the world. (Since we couldn’t afford to buy one already in that state.) We weren’t desperate but you could definitely say that we were highly motivated.

By that time, we had been high and dry for a little over a year after selling our last boat, S/V S.N. Sapien, in Hawaii. In India, we learned that we truly loved living on the water and traveling under sail. I mean, we already knew that, but we learned that being on the water and traveling by sailboat was what we did really well and it was a way of life that made us happier together than any other way of life.

So we traveled back to the U.S. that cold February and bought a boat that we would spend the next decade of our lives building and rebuilding into our own sovereign nation.

I can’t tell you how many 1000’s of nautical miles we traveled on S/V S.N. Nomad simply because the amount of miles are inconsequential compared to the sheer volume of wonder and amazement that we experienced on that incredible sailboat.

If you are new to this site, I recommend you browse through the past postings just to get a feel for who we are and what we’ve done aboard S/V S.N. Nomad over the past 9 years, 7 months and 4 days. 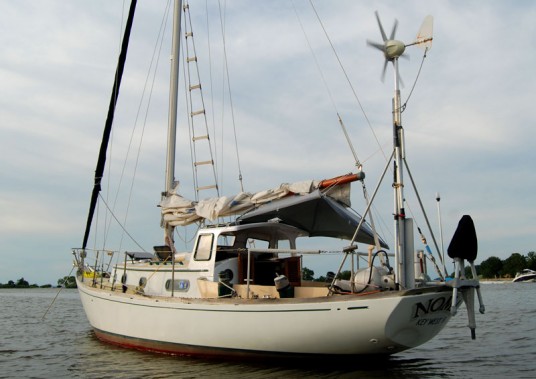 We moved aboard a sailboat called Nomad February 13th, 2009, and immediately began disassembling almost every single broken system aboard…which is to say, every single system. The “bones” of the vessel were great  and the gear she had (not functioning) aboard was enough of an inspiration to keep us focused on making her the boat we could travel in.

Today, she rides on a mooring in Robinhood Cove, awaiting her new owner, who is shaking loose from the old life back in Redding, California. 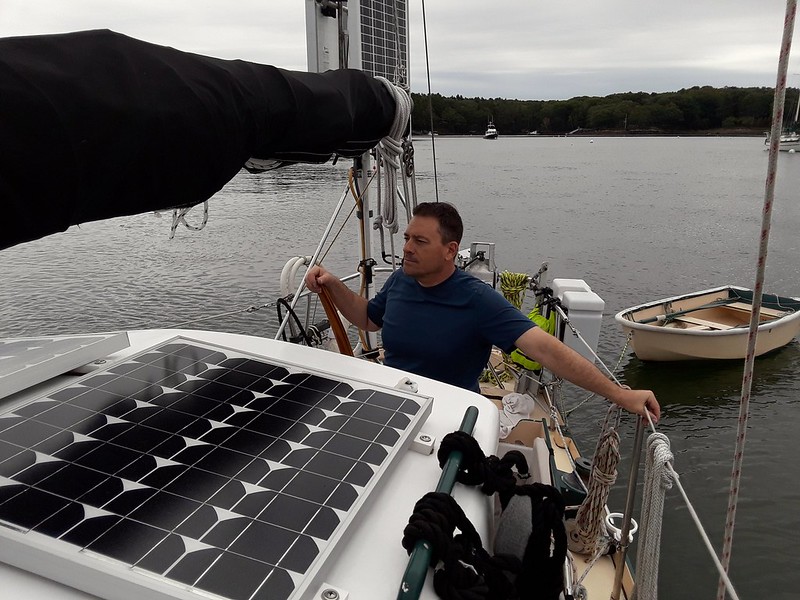 And we now live on our new boat, Cetacea. 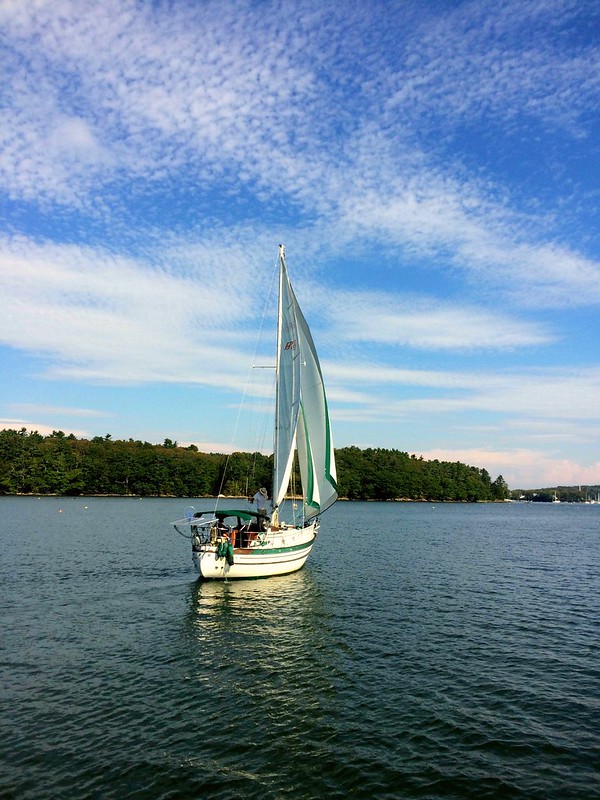 We moved aboard one dinghy-load at a time. 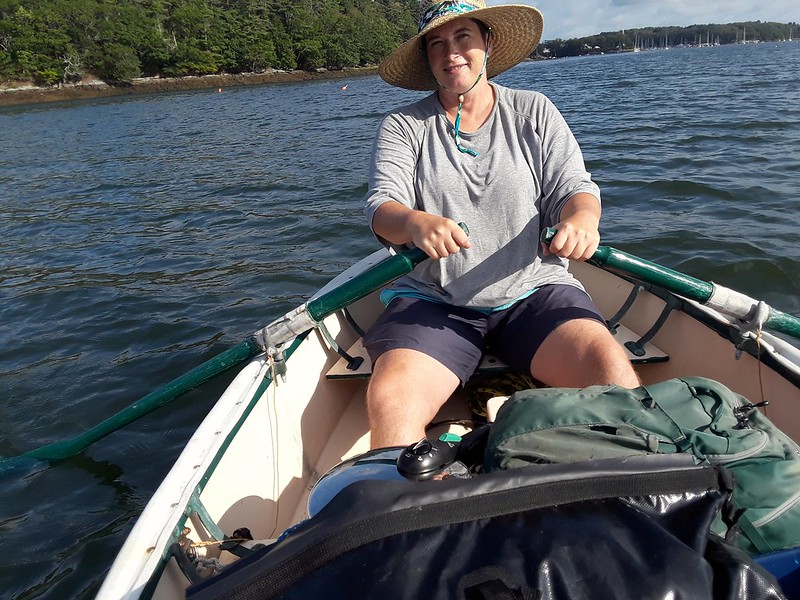 And at first, seeing the two boats as neighbors made it hard to refocus. We’re so used to seeing Nomad as the prettiest boat in any group! But scan from the left corner to the right and see…

Our new, scrappy Baba 30. She’s a stout sailing vessel with the kind of lines that makes a person dream of long-distance cruising. At 2 feet shorter than Nomad, it’s a shock how much bigger she is below. And her lovely bowsprit… 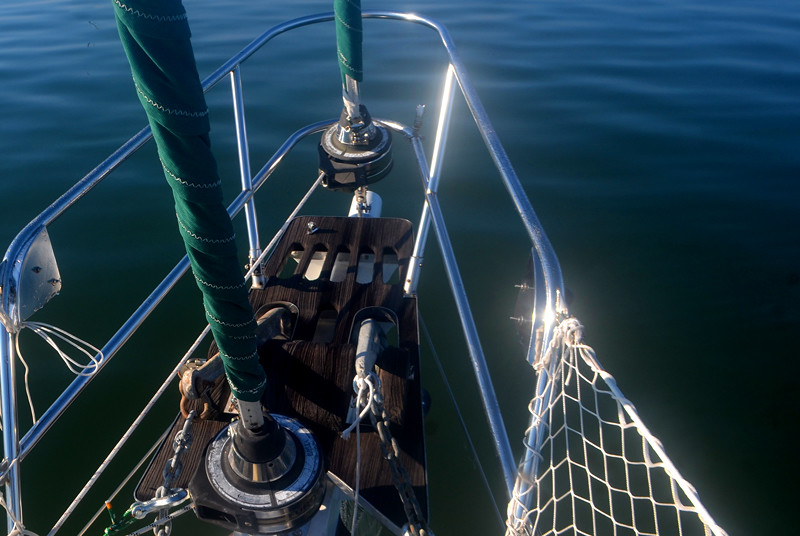 Photo inspiration for the next decade. 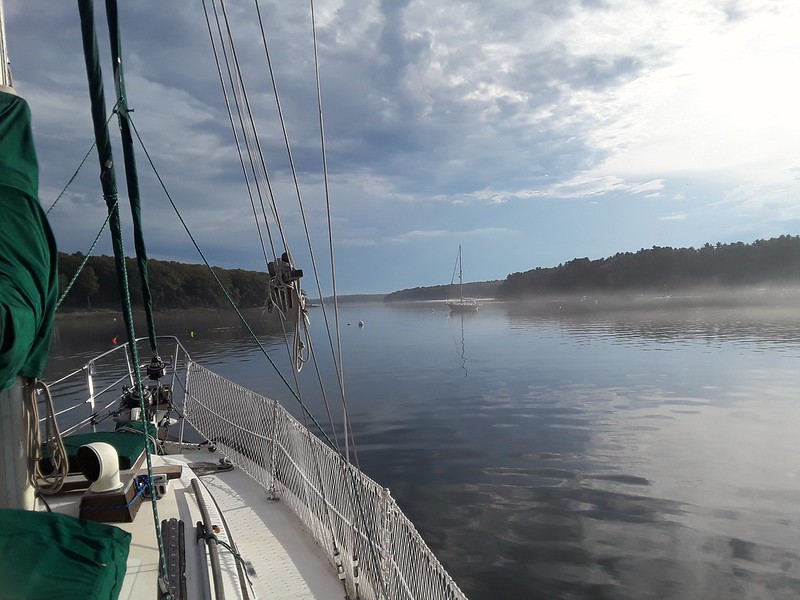 The weather has been, well, autumnal. Fogs and brightness, rain and breezes. 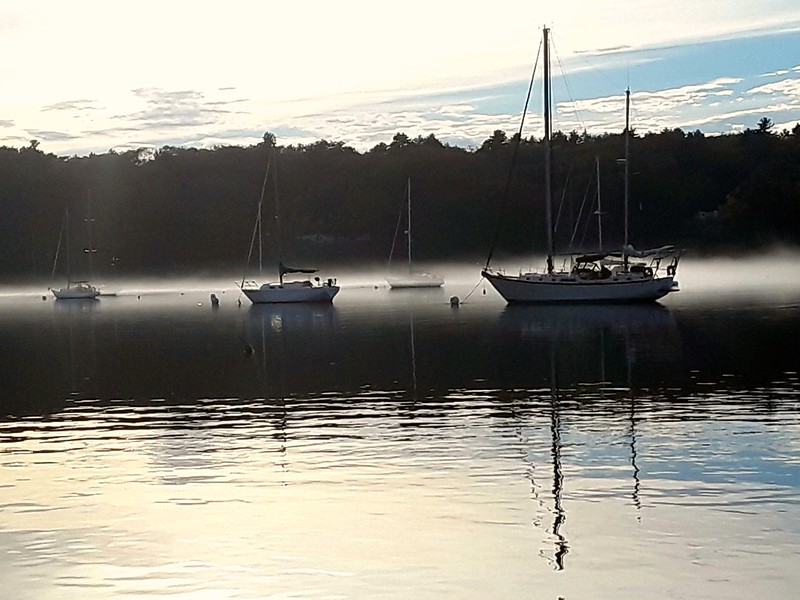 We’ll do a full photo shoot of the interior for the next blog post.