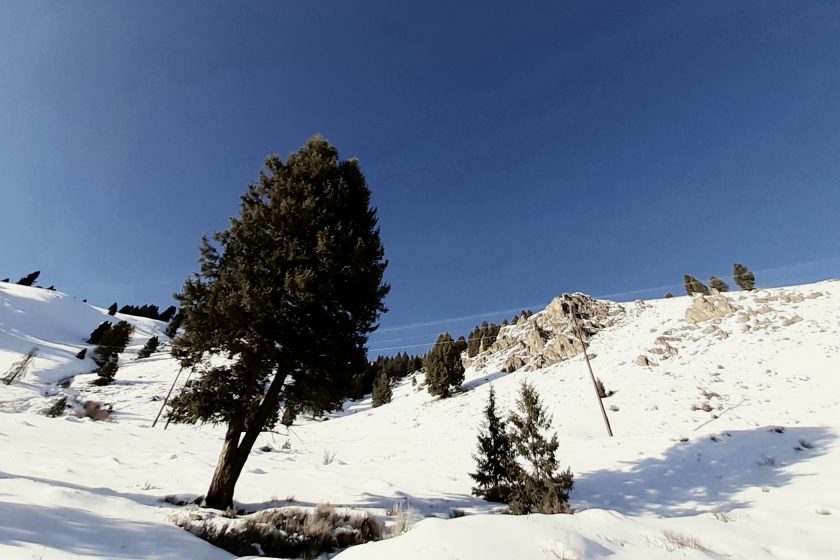 …And this stupid infernal combustion plastic destroyer can’t possibly be a sailboat, but, wow, this country is freaking huge!

Drivetime is the place you go in your head when the miles add up to more than the words in the conversation. When the landscape changes faster than you can keep up with. When the road takes over your imagination right before you get too hungry or too caffeine deficient to function…your…mind…takes…over.

And then there’s the Blue Highways. They’re the squiggly little lines that connect the back country of the Mid-North American continent to itself. They are the roads that weave our strangely connected communities into a country that is as huge as it is presumptuous, as free as it is enslaved.

We drove the Blue Highways from Sallisaw, Oklahoma to Moses Lake, Washington via Kansas, Nebraska, Wyoming, Idaho and the Palouse in about a hundred hours. It was a long and exciting visual extravaganza through some of the most shocking biospheres this continent has to offer.

The states are divided in some very strange ways. Sometimes straight lines are laid over the land but other times geology defines the lines in ways that are both obvious and refreshingly not in our control. It’s nice to see humans tune into the realities of our environment enough to give them control over our little maps. That’s pretty cool.

Idaho has a national nuclear laboratory that gives a whole area a creepy feel, but even so, the singular mountains stunned the eye.

So much land to pass through without feeling it. The bubble of warmth we inhabited included a heated wheel, heated seats, and…well…a heater. And yet, we were visiting the Tetons in February.

We only slowed down for some ice-crusted, machine grooved mountain roads that led from the south end of the Tetons to Jackson, until…

From there all the way through Idaho, snow showed animal and asshole tracks, skier-spoor and snowshoe waffles.

As far as stops go, the best part happened in Stanley, ID. -17 degrees F.,the water was 105 and, oh, the contrast was shockingly perfect.

As we came out of the mountains, the spring melt showed its stop/start best from the pullout on the highway.

And the power of the melting snow had only begun to show itself. February is still a little shy of spring in these parts.

The snow made the prairie far more interesting than usual, but the rock itself in the mountains outside Lewiston was worth seeing.

Coming from the southeast into a place we once called ‘a home’ gave the land an unfamiliar perspective that allowed us our Blue Highways prose all the way to the city around a lake known as Moses in the state of Washington across the country in winter time. We’re halfway to another ‘home’, another place away from our boat that will undoubtedly help us to clarify the many reasons we call a sailboat ‘our home’ on the Earth, ‘our planet’ in this time,