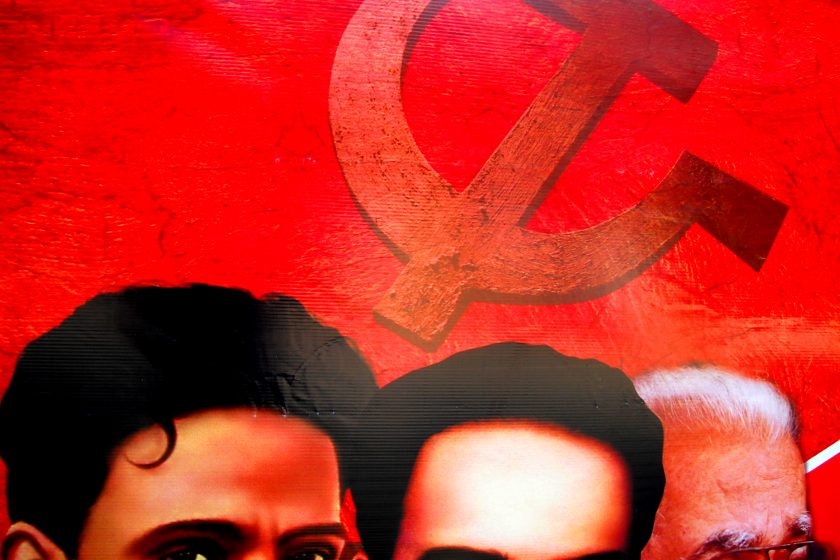 Our friend Prakash came to visit us this past weekend to say goodbye and we all got a big laugh out of our new conspiracy theory. It’s the one where everyone in Thiruvanathapuram (including the Air Force machine-gunner who hangs out, finger on trigger, in front of the gate sometimes) was thinking that we were American Spies in disguise as tourists struggling through the insane Indian traffic on bicycles. We were here gathering information on the cutting-edge space tech and the flagrant abuses of the word “communist”.

Of course, what we discovered was ethnic cleansing in the form of Modi and in the mode of Trump and Bonsaro, Johnson, etc etc. In India, the acronyms du jour of hatred are CAA and NRC, but those newish sectarian horrors have a familiar bitterness to the tongue.

It’s a bad spy that gets most of their info from news and from stumbling on protests and starving on nationwide general strike days.

We had one last Meal at Kochi Peedia out on the highway, this year’s favorite meals haunt. They had all of our favorites today as if they were anticipating our celebration. Samba rice, thick and imperfectly hulled, papadum, avial, kappa, beetroot theyal, pachadi, chimundi, salt-pepper, fish curry, sambhar, the keynote flavor pulissery, and payasam. Daaaaamn.

Chitra made us what she calls (for our benefit, I’m sure) fruit salad, which also has chia seeds, sweetened condensed milk, peanuts.

Another last-day win. It’s a time of plenty here now that the monsoon is well and truly gone.

These jackfruit are just hanging out at Prakash’s…mmm…cousin or second cousin whom he calls Reeta Chechi (meaning big sister)…anyway, they’re pendant from a tree that can obviously take the strain, though it’s a little disconcerting to realize you’re standing under a fruit the size of a fat pit bull.

As always, it’s impossible to boil down living here to a take-away phrase or message.

We zipped around as spies-on-bikes, recognizable in an instant to one and all for five months, sold those bikes and remembered what it was like to stop for an impulsive photo or fruit salad or a quick pic of rusty old sign telling you where you stood in the world.

We found the secret rot of Indian culture being shouted from the rooftops. We raged at the take-over of the tiny streets by large status-cars, SUVs and thousands upon thousands of Bullets.

Still, we felt better seen and respected on those crowded streets than we ever have in the US.

The sick Mallu pride in eating cow flesh, plus chicken and goat meat, didn’t keep us from eating hundreds of stunning vegetarian meals in veg only restaurants…and others with some kind of seafood element thrown in because the Malabar spice was so alluring.

So we’ll go back to our western hemisphere and report to our co-conspirators that India is still here. She’s still struggling to overcome the oblivion of the political elite, Death Inc. ignorance, hatred, starvation, classism, separatism, paternalism, ableism, racism, pollution, ageism, colonialism, heterosexism and of course nationalism, just like the rest of us.