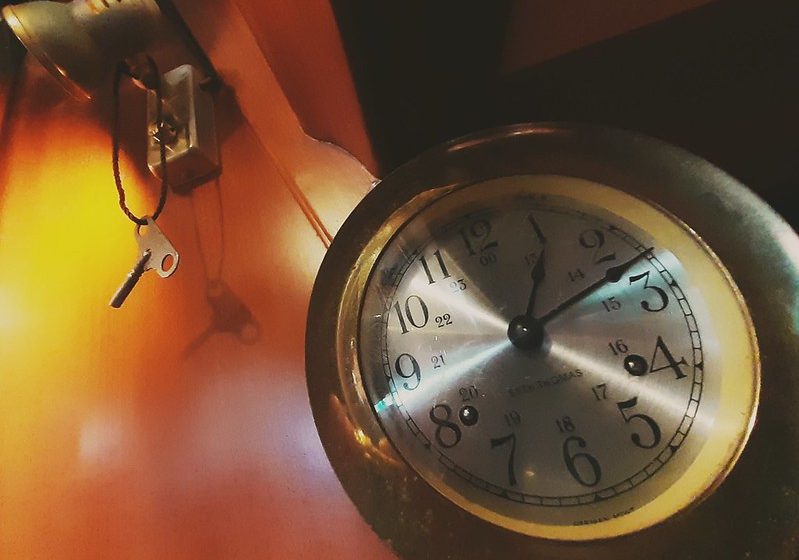 We got this Seth Thomas striking watch-clock at Captain Jim’s Marine Salvage in Portland, Maine last year when we first made landfall there as a boat-warming present to ourselves. It was over wound and frozen up. We took it to a local clocksmith and he told us to buy a new mechanism and replace the guts!

That was a stupid idea!

We stowed it away for the cruising from Maine to New York City and back to the Narragansett Bay…then we hauled the boat and went India for half a year.

When we got back to the boat the very first project we broke into was this old clock. Fix it or chuck it we said…

Well, we opened her up, manually started up the rockers and she’s been keeping time and chiming the watches ever since!

She’s a little ahead when dialed to Fast and a little behind when dialed to Slow, which means she’s actually keeping time impeccably! We waited to find out whether she’d keep going and do a reasonable job of telling time before committing to more holes in the bulkhead, but we’re dedicated now.