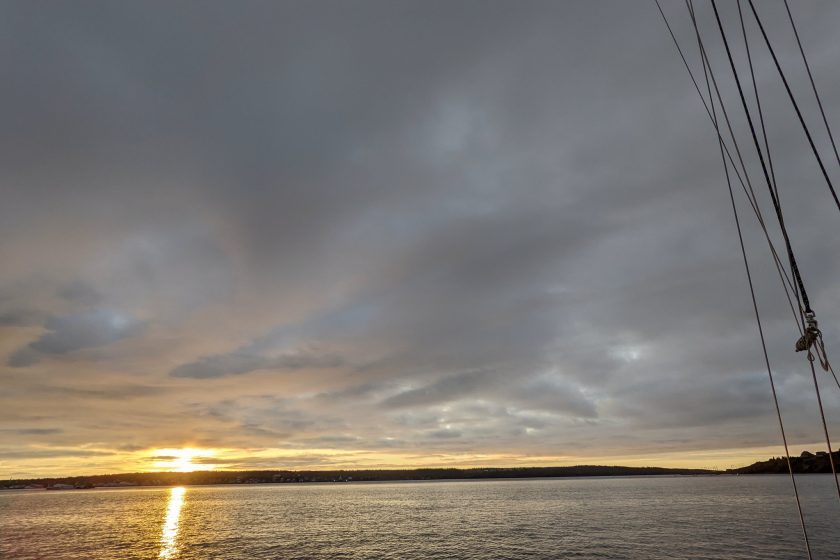 Oh Canada, oh man, we love Canada. The (almost cool) app-and-phone-call clear-in from the Canadian Border Patrol was an unfamiliar and somewhat unsettling experience (who expects that kind of thing to go smoothly?) so we had to put our feet on some Canadian soil. 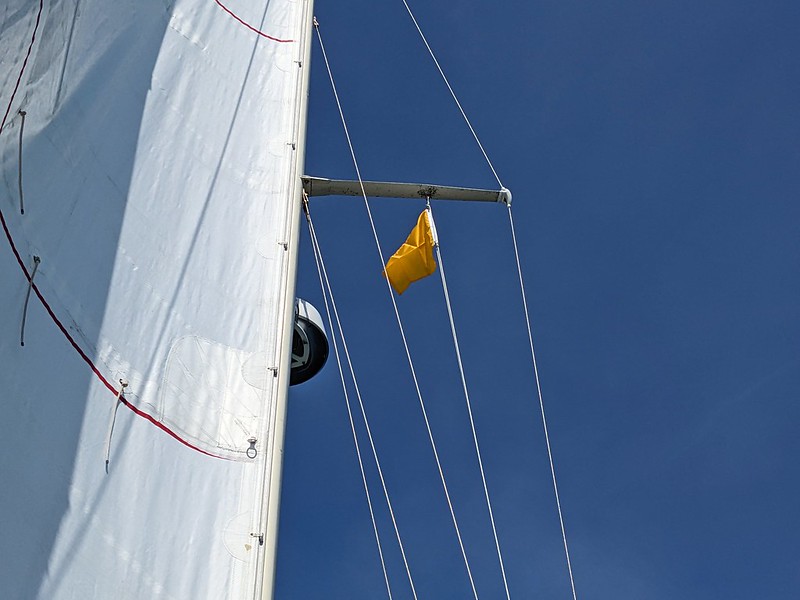 We still had to get charts for Canada and there was a hardware store about seven miles up the road that advertised having the electronic charts we needed. Also we were getting very low on the provisions we couldn’t get in Downeast Maine, which was quite a bit, and there was a big grocery store just a few miles up the road from the hardware store. So we went for a walk, a long walk, a very long walk…on Labour Day. Kind of a big deal in Canada as it turns out.

I (James) didn’t shoot a single picture of that walk. It’s not that it wasn’t breathtaking, it totally was that, but we were just thrilled to be on a hike with each other in that beautiful place, moving at the pace of us, and seeing it all for the first time was all I really needed for my memories. We chattered quite a bit, usually enthusiastically agreeing with each other, often pointing out neat natural features or odd constructions. We also talked about our MIPs (manuscripts in progress) because I (Dena) was struggling with keeping Monty’s story in focus. The cloud-filtered light was easy on our eyes and the greens had a special richness against the grey sky. We were decked out in the exact right clothing for what felt like a refreshingly cool day.

The fucking hardware store was closed. It was a national holiday celebrating working folks and I guess that what they did there, they worked. And on Labour Day they didn’t. So, no charts of Canada. We had used a combination of tools to get anchored in Seal Cove – the Simrad chartplotter for sonar and radar and our handheld tech running the Navionics app for the chart and our location in the world. It wasn’t the end of the world, but it was disconcerting to cadge together that particular dataset from multiple instruments.

We pushed on in hopes that grocers didn’t labour for a living which of course they do but maybe, just maybe, they celebrated their contributions to society on another day. Grocer’s Day perhaps. Canada might be cool like that.

Sure they were open but they had no butchers or pizza makers or prepared foods people working at all. It was a little weird.  There were stockers labouring like crazy and plenty of check-out staff but that was it.

We loaded up with about thirty pounds of stuff for our backs and headed for the return hike back. As soon as we got out of the store it started raining.

A few miles (we’re not doing the kilometer thing yet) before the grocery store we stopped in at the Grand Manan Visitor Information Centre (yeah, they have some vowel issues in Canada) right next to the totally abandoned skate-park. Just as we walked up to the building, a guy pulls up in a car and introduces himself to us as the Deputy Mayor of Grand Manon. We were adequately honored. He gave us the number to a local taxi service.

We called for a taxi from the grocery store and the guy Dena called was in a little unmarked blue car right in front of us in front of the store. He was on another run so he called someone else and she was there only moments after to take us back to the little village of Seal Cove.

We made a couple side-trips because she wasn’t really a cab driver, just a lady with a minivan who was willing to drive people around. That meant it was one of the very, very vanishingly few times we couldn’t pay for something in Canada with plastic…and the grocery store’s ATM had been out of order. The next convenience store and alcohol-getting place had an ATM that had no money in it, so we rather desperately called the one and only other place on the whole island that might keep us from being stranded by a stranger who had already done part of what we needed to pay her for. When the person on the other end of the phone confirmed that they’d filled their ATM just that morning, I (Dena) nervously asked the driver if we could go to yet another convenience store. The story ends well, with us marveling at the new (to us) Canadian plastic bills and her driving away well-tipped.

When we left Grand Manan, we were once again navigating with our tech. Once again, we got underway, got through the rocky stuff safely, and got our asses kicked by the churn. The wind and tide weren’t against each other, but the shallows were a marvel of physics, with sharp little waves going every which way. As the depth sounder registered a tripling of the depth in less than a minute, the wave action became just uncomfortable instead of actively worrisome.

We’d been joking (not joking) that one of our on-watch duties was watching for whales, and we knew that there were lots of sightings in the area we were transiting. Sure enough, a couple blows happened rather far away. On my (James’s) next watch I saw a big blow within two-hundred feet of the boat to starboard a-midships and I literally screamed (maybe squeaked a little) “Thar-She-Blows” and Dena was above decks in seconds. We were totally there in the Bay of Fundy silently (close enough) sailing by another intelligent species on Earth. This was, er, not lost on us.

We’re not whale chasers. We’re fellow travelers, hopeful of gaining a glimpse of the creatures we share the waters with but rarely see. The blows were exciting, but then, before I (Dena) gave up on more and went below, a whale surfaced much closer than those that had been breathing and we were treated to the sight of the perfect fluke slap. That whale said something to us, even if we couldn’t understand what it meant. The shape and coloration of the fluke’s underside was so crisp and so clear that it was easy to identify as a humpback. Thrilled and melted at the same time is a good look for us both.

The radar and AIS told a story about three boats that were perhaps less respectful. They crowded around an area we were sailing toward but not close to and then left. By the AIS data and the look of the whole thing, they were whale-watching boats that had cornered some being of interest. If that wonderful creature hadn’t been feeding, I can’t imagine it would have stayed as long as it did while boats raced their engines and gawked at it.

Grand Passage is only grand in comparison to the one a bit north. It’s between two islands (Long and Brier) that extend south of Digby Neck in what was clearly once unbroken land. The same water that broke open channels between Digby Neck and Long Island and Brier Island ushered us toward the narrow opening with the force of the Bay of Fundy. We surfed our way in and negotiated with a ferry for safe passage. That ferry’s route was eye-opening and we abandoned our planned anchorage off Westport for a less punk-rock one off Freeport.