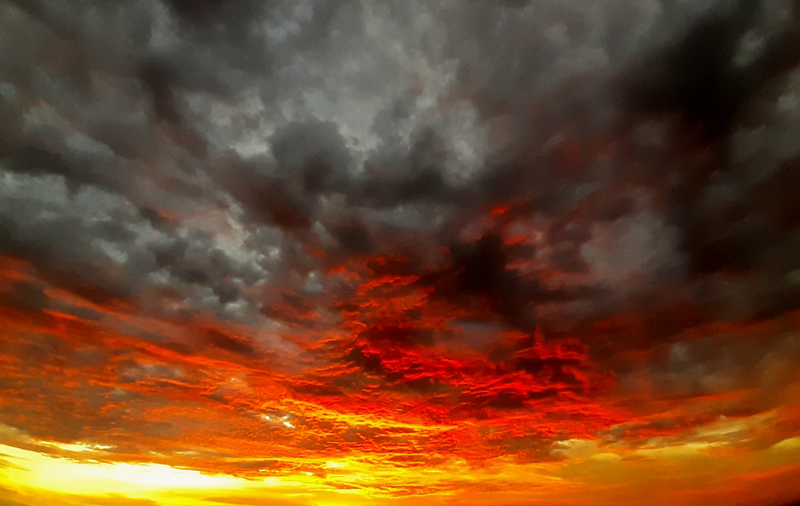 I love this retrospective shit, it’s just so… I don’t know, everything!

…And indeed the teens were everything!

We started the decade off in Baltimore, Maryland, and learned some hard lessons about living aboard in cold climates. We were definitely up for the challenge but a challenge it proved to be.

Once again, the proof was in the solution.

We discovered that living aboard is not about bringing your great big old life down to the water, it’s about the reduction of life’s needs… The smaller your needs, the more manageable the solutions.

…So we went sailing!

In retrospect, this decade was about the adventure of sailing for us!

We logged countless nautical miles underway from the Chesapeake Bay to the wilds of Maine and south (eventually) as far as Hilton Head, and along the way we learned how to reduce our needs to suit our lives.

In 2014, we became professional sailors as cruising editors for a publication called the Waterway Guide. The money isn’t enough to actually live on and we’ve had our issues with the publication itself but we love the work and it keeps us underway. We’ve edited the guide from Southport, North Carolina, to Eastport, Maine, and it’s kept us yo-yoing the Eastern Seaboard of the US for five adventurous years now.

We went back to India twice in this decade. Once to get me (James) some new teeth back in ’17…

…and then again this year to finish a co-written manuscript we started back in ’17.

The writing turned out to be an incredible experience for us both. We’ve always believed that when two people form a partnership, they form a third being with a personality, needs and desires, strengths and weaknesses. Well, Dena and I actually went as far as giving the third being a name, Rose MacNeil Jr.

Rose MacNeil Jr. is the author of the new meta-fictional novel, Indoor Boh.

Indoor Boh is the story of two people who, on the worst day of their lives, decide to steal a boat and rob a bank of the most valuable artifact in American history just get away on bicycles. It’s also a story of love and partnership and redemption and the value of righteousness.

The teens also introduced us to a new kind of sailing, the kind that happens on a Baba 30, our new boat S/V S.N. Cetacea.

S/V S.N. Nomad was an amazing boat that taught us so many great lessons about sailing and living underway but, by the time we stood aboard S/V S.N Cetacea for the first time, we knew that it was time for a change.

Over the last decade, our winter wage-slave thing had us working for employers from the U.S. Census to the Carefree Boat Club, from West Marine to Equality Maine, from Whole Foods Market to Pie Face, from Wyndham Falls to Three Belles Marina, from the Schooner Mystic Whaler to APS, from Watergate Pointe Marina to Bacon Sails, from Hamilton Marine to the Portland House, and the last one so far was the evil S.E.A. Coast Enterprises. It’s roughly a job per year. Each time, we stoically stood our watch to pay our way and live our dreams.

Along the way we have made some good friends and established a pretty substantial spam-filter. We’ve walked about a thousand epic miles and rode our bikes at least ten times that distance! Dena had seven bikes over that period and James had five.

So here we sit at the top of the 2020’s pushing the teens away like the history-bully it was. Believing in our future not because we have to but because we genuinely live for this shit!