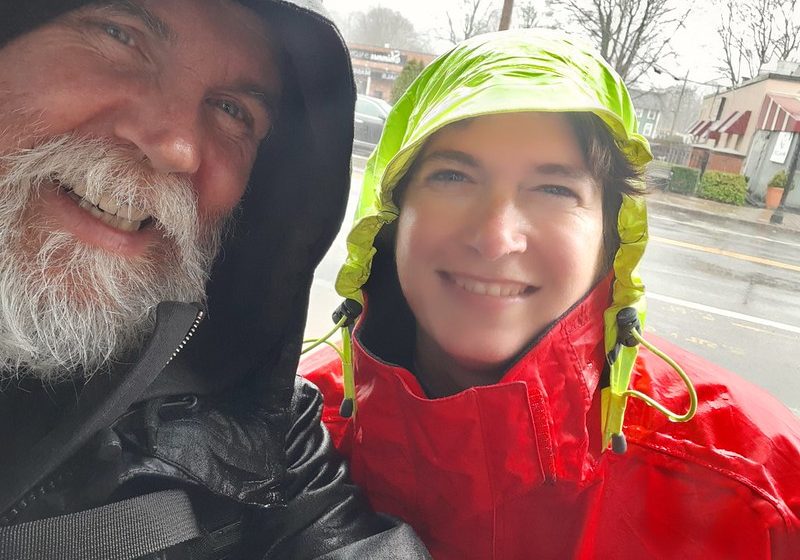 There was a mutual, audible gulp between us when we saw that future storm bearing down on us from all our media sources.

Some said 50 knot gusts with sustained 30 knot blasts throughout the day.

We trust our ground tackle and our skills at anchoring but who wants to put themselves through a New England wind storm at anchor if you have choices? Nobody, right!

So we decided to pull into a marina, get some hot showers, do some laundry and of course rebuild the in-boom reefing system for our new mainsail.

On our way back from Oklahoma, we stopped in Annapolis, Maryland, to pick up the mainsail that we had built by Bacon Sails last year. We installed the sail just after we’d splashed the boat while at the dock in Wharf Marina.

…a near perfect fit!

We didn’t want to hang out in a marina any longer than we had to after launching the boat. We wanted to finish all of our recommissioning projects in our natural environment. Not only is it free, anchoring puts us where we want to be, on the water where we belong.

But 6 days later when we saw the storm rolling in we figured we’d go in and take advantage of some dock space to rebuild all the internal systems on the boom, before the storm hit if possible.

The boom is a very intelligent system. It has two sheaves and cam cleats on the forward end and two sheaves aft for running the reef lines inside the protection of the aluminum boom. It also has a block-n-tackle rig with a 3:1 purchase inside the boom for the clew outhaul.

The problem with smart systems of course is: the operator must be smarter than the system operated.

At some point in S/V S.N. Cetacea’s illustrious sailing career her outhaul rig had come loose inside the boom (primary user error), making it a completely nonfunctional knotted mess up inside the boom. That mess also made it impossible for a fish-tape to run the length of the boom, which was of course the first thing we tried, so we got to disassemble the entire rig, fix it and put it back together before the baleful storm descended from above.

The dissimilar metals issue worried us, but we only had one stainless fastener refuse to leave the aluminum extrusion and luckily we didn’t need to remove that part anyway. We fixed it and re-rigged the outhaul to its proper position inside the boom then ran both reef lines internally as well. Everything went back together like clockwork then we ran the reefs in the mainsail, done!

The max winds for the following day’s excitement reached 50 knots at it’s peak and of course we had to go for an epic walk!

The next day, as is often the case, was a perfect sailing day.

The rig performed perfectly without glitches or failings all the way to Dutch Harbor from East Greenwich, Rhode Island.