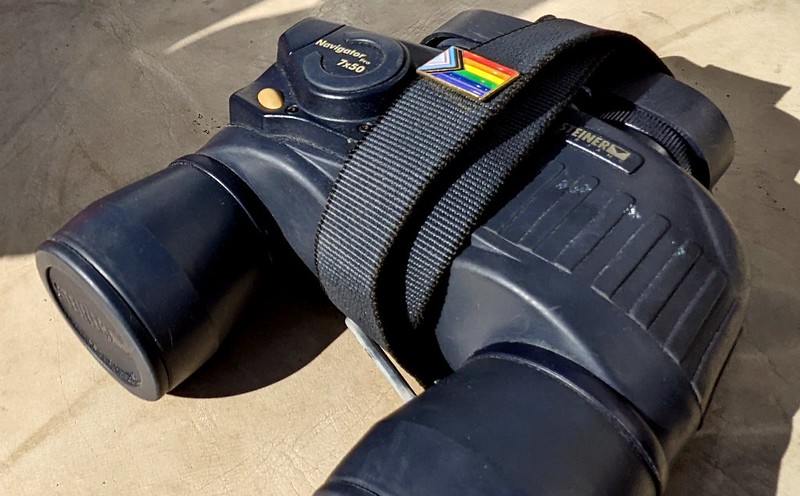 All dressed up in the beautiful new Seatiger 555, James and I were raring to go and the weather looked like it might cooperate. Spring forecasts and all, but there was a lot of hope for a fast downwind run from Gloucester to Provincetown (the fist of Cape Cod, though the queers of P-town know better than to make that kind of fist).

Enough wind, but not too much, and we decided to sail off the mooring though there were more boats and docks around than we usually aim for. The 10-15 knots of wind from the NE were, I don’t know, holding off until later in the day? Sure, that’s a thing.

We were being quite self-congratulatory because, the day before, we’d found a oil and diesel mess in the catch basin under the engine. If you think that doesn’t sound good, you’re right. I (Dena) touched the oil filter and it turned under fingertip pressure. There was wetness around a bleed-bolt on an injector. We used our oil changing suction pump to clear out the basin, topped up the oil, and cleaned up.

This isn’t the kind of thing we like to talk about – engine shit. We never updated the blog with our winter’s engine problems (hard starting in the cold leading to backing the raw cooling water right into the cylinders), which James worked hard to fix. The whole time, we were doing math on replacing the fucking infernal combustion engine with an electric motor. Then it was over and we still had the Yanmar.

Well, getting the windlass installed was a far, far more interesting and exciting project than getting wrist deep in Rotella 15W40. You wouldn’t be reading about it now if that had been the end of it.

We had three hours of perfect sailing. We were making better speed, so clearly the bottom had rubbed itself clean(er) against the sea’s caressing hand. We bandied the idea of how cool it would be if we could get all the way there and then anchor under sail, never even starting the engine.

And then the wind died. We discussed how easy it would be to come into the P-town anchorage in the dark but eventually got tired of the swell shoving us around. We started the engine.

A short time later, I (Dena) took a look at the white oilsorb pad I’d pushed into the catch basin under the engine. It had the same smear that I’d left on it with my dirty gloved hand the day before, but I didn’t see anything else. A little while after that, when I was at the helm, James checked again.

“You said there was how much on the pad?”

“Come take a look at this.”

James took the helm and I went below.

My quick but, I thought, thorough fix hadn’t fixed shit. The pad was soaked with oil but not fuel. The engine radiated heat.

I fixated on figuring where the fuck the oil was coming from. Looming over hot metal, jostled by ocean rollers combined with Mass Bay’s idiosyncratic heave, I wiped down every inch of that damn engine I could reach by hand or with a long flat head screwdriver. When I was confident I’d be able to see any leak, I had James restart the engine.

He really hated that idea, or maybe he just hated watching me lurch back and forth in the sloppy seas while belts and pulleys whirred their dangerous paths right under me. I was just glad that he’d shaved my head and I wasn’t worrying about losing a chunk of scalp to the same technology that is driving the whole fucking planet toward another world war.

I focused and leaned, crouched low to the cabin sole to look up under, tipped as far to the side as I could get. And then I saw it, two streams of oil coming from the timing gear cover (not that I knew what it was called when I saw it). James shut the engine back down, I tightened every bolt that held the cover on (plus a bunch of others for good measure – it was eye-opening how loose they were), I cleaned up again, and James restarted the engine. It was a dramatic improvement, but there was still just a little weeping at one corner. I had him shut it down again and…

I broke that fucking bolt and was filled with cold fury. On the other hand, now we knew we’d be sailing to P-town no matter how long it took.

The light wind didn’t fail for many hours. We sailed between 1.7 and 2.4 (respectable!!) knots across Massachusetts Bay toward Cape Cod Bay. We saw either three (possibly Minke) whales or fewer whales more times. I’m pretty sure there were at least two because one was almost the size of Cetacea while the others appeared a little smaller(?). We also saw about ninety harbor-seals of different crazy patterns all throughout the Stellwagon Banks. We will be lucky if our entire crossing to the Azores is so peacefully beautiful and slowly productive.

Even those light winds died off by sundown, but we were oh so close. We shrugged philosophically and motored the last little distance, put the hook down, and confirmed that there was indeed very little leakage.

So little, in fact, that we decided to sail across Cape Cod Bay and to the canal, because it is safer to be anchored in Onset with a disabled engine than in the wide-open P-town.

I (Dena) got the honor of giving the Seatiger 555 its first exercise aboard Cetacea while James tended the main so we could sail out of the harbor like the engine-less do. A smooth sweep away from the shallows and we were downwinding.

The wind strengthened pleasurably and never overwhelmed us and finally, sadly, we rolled in the headsails and finally, reluctantly, at the first turn of the canal, dropped the mainsail.

A quiet fast motor got us to Onset in fading twilight and we anchored, beautifully, perfectly, in a harbor we’ve used as refuge in a hurricane.

I can’t promise that you’ll get the rest of the engine story, though we have ordered all the gaskets and o-rings and seals that go along with pulling the timing gear cover and figuring out how to get a broken bolt out of the block. It’s a holiday weekend and we’re in Onset for the duration. Plenty of other projects to undertake, but it’s also an opportunity for me to take some real, relaxing time off after my 14 months of wage-slavery.

I’m also thinking about how to get closer to the ideal we proclaim with our flag.