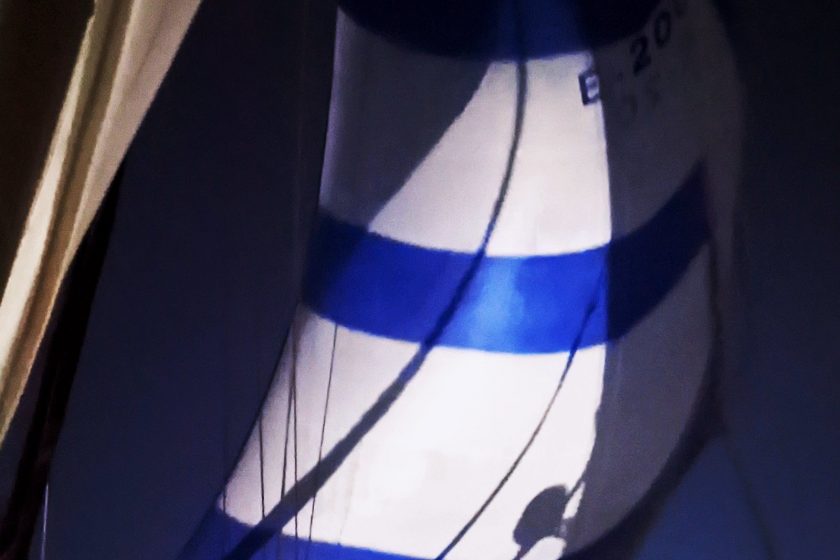 Another night where it never got dark!

Hold on there, brushfire, we got some story tell’n to do!

So we rolled on down the Atlantic Intracoastal Waterway meaning, we trudged along on the dead bodies of the vegetation of the dinos…or whatever. Our mother-fucking diesel engine, okay?! I (James) fucking hate that thing!

Anyway, the water was so foul off Blount Island, Florida, that we didn’t dare make R.O. water into the tanks. So we had to go ashore for fresh water. We went ashore at Clapboard Creek Fish Camp to load water from their fish-cleaning station. I know, that sounds totally gross and believe me it turned out to be worse than expected. That water had absolutely the foulest sulfur-dioxide smell we have ever experienced in either of our lives. It was…shit, is! I mean I almost gagged now just thinking about it…the worst water we have ever tried to drink. They, “the interwebs”, say that it’s very common in well water in Florida and that it can be treated with bleach but I say it’s unhealthy to drink a beer-fart.

We dumped that shit overboard, pulled up the hook and went on over to the Sisters Creek free dock to fill the tanks.

The dock filled up quick and an all-Canadian party ensued. We’re not kid people so we quickly disappeared below decks for a nice quiet night on a very busy dock.

The skies in Florida are a constant lesson in contrasting dramatic extremes.

And so are the currents. We waited for all the bigger boats to leave the dock the next morning before pushing off, which turned out to be kind of a bad idea. Dena was at the helm this time and we had a strong pushing current from the aft port-quarter as well as one from directly astern. I (still James here) let go the bow line and the spring and the boat didn’t seem to move at all which is very strange with two powerful pushing currents. Dena put the boat in gear and I let the stern line go from the dock and the boat went nowhere. She tried reversing against the stern line with just a little response from the bow but we could both tell the prop was spinning and the engine was working. The current was now raging in what I thought was the right direction and the boat wasn’t going anywhere. Dena tried reverse than back to forward with a little more guts and she started to move. I jumped on and looked back and we were heading right for a piling collision with the starboard solar panel…that’s when I did the worst thing I could have possibly done…I jumped off the boat and back on the dock to manually reticulate the starboard solar panel down before the piling ripped it off the boat.

And Dena sailed away from the dock without me in a foul five knot current.

Meanwhile, I (Dena) had a different perspective. When I took the helm and turned the wheel back and forth (a habit that lets me know whether or not I have it centered up), it turned out to be hard to starboard and fighting me on any steering whatsoever. The current we had was putting real pressure on the rudder and I figured I’d have to steer hard to get us off that dock. When the back-and-forthing demonstrated that we could tip the bow away from the dock, even a little, I hit it hard in forward hoping to get enough momentum to avoid scraping Lovebot down the dock as we veered away.

Still, lo these many months in (umm…6 months?), we haven’t gotten in the habit of lowering the solar panels when we approach a dock or pier. We should…we will!…but we haven’t. So when James reacted to save a piece of gear he had his eye on, I was revved to the max and slowly making just enough distance between Cetacea and…James.

I came at that dock trying to spin the boat in place and raked their dock’s lovely fender material with our bobstay. James pushed and I backed down hard and James somehow…ended up back on the boat!

She rocked the boat back into reverse and hit her hard astern as I caught ahold of the bowspirit with both hands pushing aft. The momentum of our 15,000lb boat kind of scooped me up and dropped me between the Yankee and the Staysail as Dena motored away from the dock full-steam-astern. No damage. How in the fuck does that even happen?

At that point, about 0800, we’d had pretty much a full day. Time to anchor the boat and call it a day!

…about 200ft from where we were the night before.

The next day was going to be a much better day for offshore travel, we rationalized, so…we’re not cold… we’re not in a hurry. Chill the fuck out!

Oh yeah, didn’t we start this off with an Ocean passage?

The next day we took the fair current out of the Jacksonville bar and of course got to navigate in tight quarters with a thousand-foot ship. Yay.

We set the main and the Asym, killed that fat fucking infernal-cumbustion-destroyer-of all-things and sailed off into the sunset.

Small swells at slow intervals gave us very little hassle. The winds were so light that we had to give Lovebot the occasional assist in steering, but nothing stressful. It was a pleasure to interact with the boat and the world.

When the sun went down on one side of the planet, the moon rose opposite and Mars started the chase.

Full-moon nights feel safer…are safer! A long, slow show like Mars approaching and then passing just under the lower limb of the moon is meditative entertainment.

I (Dena) know very…VERY…well what it is to be called up on deck during one of the two three-hour windows we have for uninterrupted sleep. Just fell asleep or just feeling hopeful that this next exhale is the one I’ll go unconscious on…but as the person on watch, I don’t get to cringe my way out of disrupting James’ rest. We have agreements on what kinds of things we’ll do independently in what kinds of situations. It’s like…don’t try to tack the boat with a sail we haven’t tacked more than two times and which requires a lot of time on the foredeck but won’t allow us to clip in the whole time because there are too many things to be led around other things…

Oh yeah… that’s kind of a big one learned way back on the Oregon coast!

So yeah. I let it go just a little too long in one way. In another, it was never going to be a night of smooth sailing. Poor James was the one who got woken for me to try tacking away from the hard stuff (never get too close to the hard stuff, even when it’s just sand) and then disturbed again, not quite alseep, for the moment when the big old chute had to come down and the awful noisemaker took over.

And then we motored on a glass ocean forever. Three hour night watches into one hour day watches. We had the discussion, you know the one, the one where we know we have enough power stored in our battery banks to run an electric motor just enough to balance the forces of nature in our favor. We can do that…but we couldn’t do it then because that tech is just a little out of our reach. Sigh. A little meaning, we can build it, we can apply it and we can use (the fuck out of) it but we’re still working out how to afford it…here now.

So we motored, we fucking motored all the way to and into the Ponce de Leon Inlet under an all but depleted (on this Earth) power. We used that antiquated tech right on down the Sheephead Cut to New Smyrna and anchored across from the B&B our friend Jil would be staying in when she visited. Shutting that motor off put us back in chill mode. It’s warm, the weather’s not trying to torture us…it’s all good.

We’re not cold…there’s no hurry.