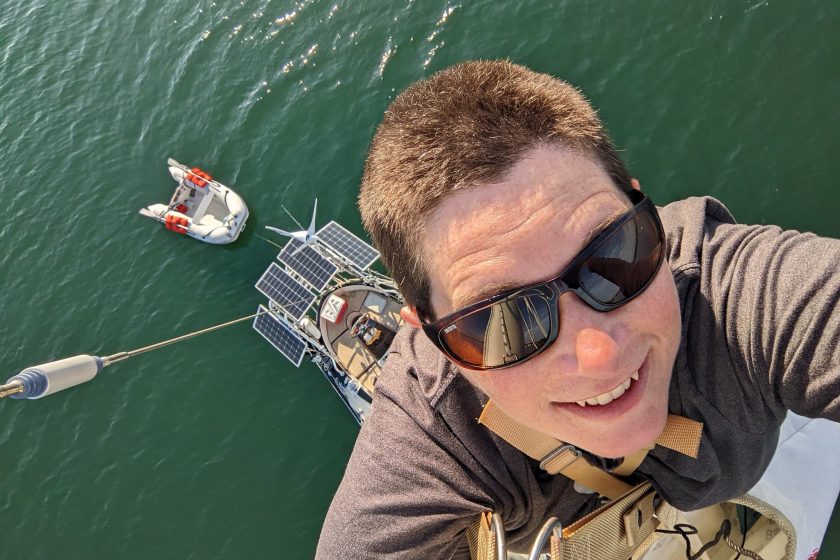 After searching for over three months to find a shipyard that could and would pull our mast, we were almost desperate and getting turned down was starting to get infuriating. Of course we tried all the locals when we were in the City-O-Sin but no one wanted to interrupt the mad rush to launch boats to do that finicky work. We tried again in Onset and they just kind of blankly stared and said something along the lines of …do what? So it was time get serious about finding a place that could do the job and then sailing there forthwith!

While still at anchor in East Greenwich Bay we rented a car and went on the hunt. We’d mapped out a set of five marinas worth trying in person (none had responded to emails) but hoped that we’d be able to avoid driving to (and then boating to) Connecticut.

Much to our relief the answer presented itself just a few miles down the road in Wickford, Rhode Island, at the Wickford Shipyard. The old guy in the office listened to us with a weird look on his face and his silence increased the feeling that we were making a pitch: please do what it says on the sign and be a shipyard! The conversation went so strangely that we really didn’t know what we’d be in for once we arrived at their marina Monday morning.

The rest of the rental car period was devoted to fetching the bicycles and grocery shopping. After dropping the bikes off at Wickford Shipyard, we returned to Cetacea that evening in a heavily weighted dinghy.

We sailed from Greenwich Bay to Wickford, a short trip but nice enough, and then began pulling our boat apart right there at anchor in front of the town’s breakwater. The staysail was its usual easygoing self but the yankee continued to be a pain in our asses.

We tried to shake the foils into position, which did sometimes work long enough for the top swivel to drop below the bad spot and let the sail come down. Not this time. One of the main reasons we wanted to pull the mast was to fix this problem with the luff foils. There was a non-zero chance that we could get stuck offshore with a storm bearing down, unable to either roll in the sail or drop it. Not cool.

In that case, we’d have to go aloft…like I did early the next morning, before weekend powerboat wakes came along to make that nervewracking, and in far safer conditions than oceanic storms.

We’d already removed the boom and the pinrails and all of the cotter keys from the turnbuckles. This trip aloft meant James handling the yankee all by himself – unfurling it, controlling it with the sheets, releasing the halyard, and pulling the sail down once I’d lined up the foils, allowing the top swivel to drop. I took the opportunity to take a couple pictures.

And suddenly, our boat is really not ready for sailing.